Unrelated to this picture, the DanMemo mobile game is currently running bonus drama vignettes related to each episode of season 2 as they air. 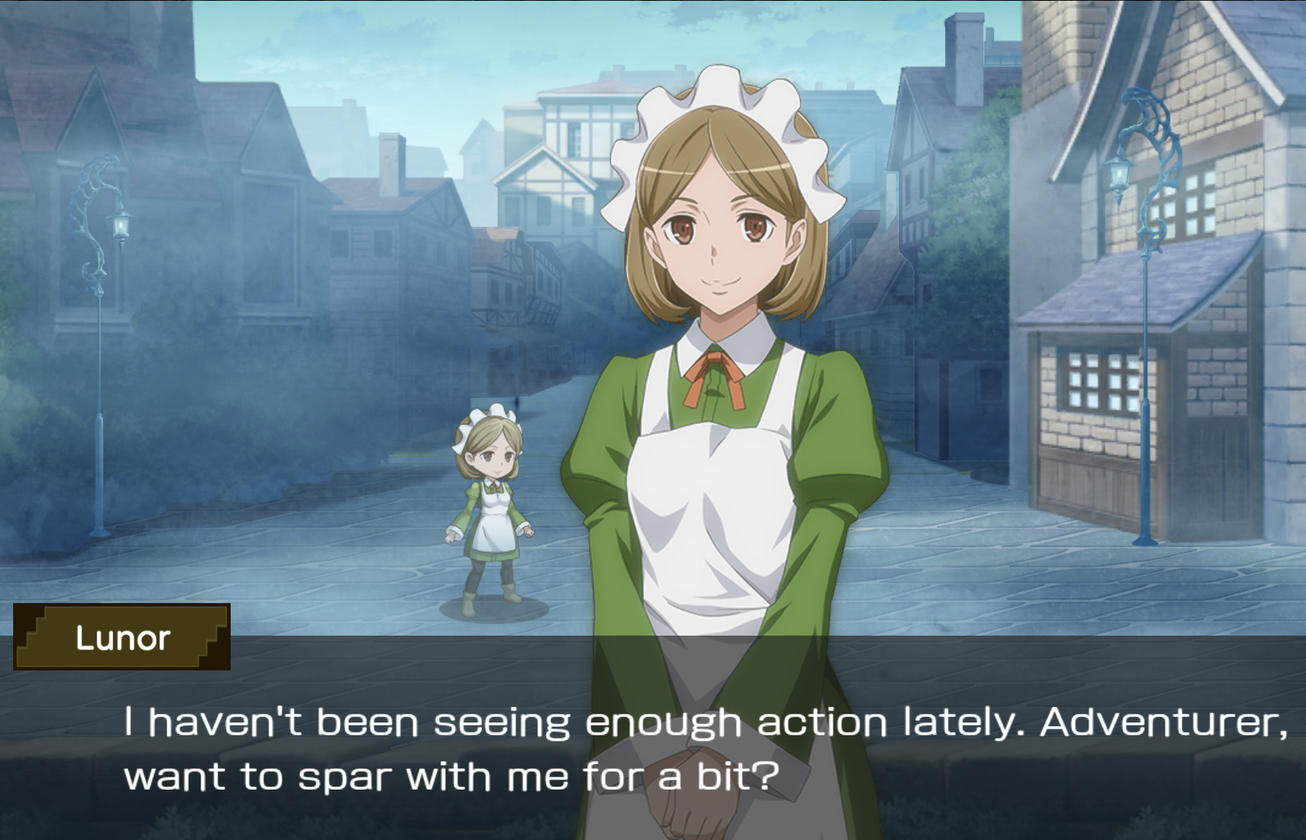 Some of the many side stories in the game are focused around the waitresses at Bell’s favorite pub. They might collectively be called, “Is It Wrong To Force Level 4 Adventurers To Wait Tables In A Dungeon Town Restaurant?”​.

(yes, the Importance stat is called “ix”, or more precisely {Ix}, because Marc Miller apparently has an affection for chartjunk; there’s also an (Ex), and a [Cx], and if he ever writes another version of Traveller, I imagine it will have <Xx>, ‹Yx›, and «Zx» as well)

The Universe-As-Written is a terrible place to visit, and it probably doesn’t have catgirls.

A while back, as I was adding examples to PDF::Cairo, I made a comment along the lines of “if I were really going to revive sec2pdf”. Well, I’m not quite doing that yet, but I did extend the example I wrote to do something related: display the distribution of interesting systems in a starmap.

What happened is that I started reading the Giant Tome Of Tables that is Traveller 5.10, found the section on generating systems and sectors, dug out the dusty old scripts I wrote around the T20 rules, managed to successfully reset my password on the CotI forums, looked up the various debates about the available and abandoned systems, and realized something:

The problem isn’t the generators for a single world/system (despite the fact that many of them create nonsensical things like tiny rocks with no water or atmosphere that support a population of millions of bronze-age peasants in a police state…), it’s the fact that the rules to populate a region of space are pretty much “roll up a world in X% of the hexes on the map”, with some vaguely-handwaved suggested percentages (“rift = 3%, standard = 50%, cluster = 83%”).

Like most RPG systems, it’s not in the books because it’s good, it’s there because it’s easy to describe in terms of pencil, paper, and dice.

In Traveller 5, you can identify as Goatse.

The English version of the picking-up-girls-in-a-dungeon mobile game is no longer co-published by Crunchyroll, but is being directly published by the localization studio now. They transitioned the social media accounts a few days ago, and now it’s the app’s turn.

Today’s update, despite the scary error message, strips out the co-branding and downloads the assets for the second part of the preeeeeeeequel story line set 1000+ years in the past (in which not-Bell is more annoying than Bete and Loki put together, his half/step-sister not-Lefiya is a distinct improvement over the original, and the other analogs are a mixed bag). The previous update also added a way to improve characters who’ve already hit the level cap, making some of the nearly-impossible-for-free-players content potentially reachable.

I had heard that the original release of Traveller 5 was “more than a bit of a mess”. Chaotically organized, unedited, missing any sort of guides on how to run/play a game, filled with tables but missing simple things like equipment lists, showing no signs of familiarity with changes in both the industry and the audience, etc, etc. But that was years ago, and plenty of reviewers and forum-dwellers made all those flaws clear. So, along comes a new kickstarter campaign to reprint it with all those quite legitimate complaints taken care of, as Traveller 5.10.

Yeah, no. Reading through the recently-released PDF core books, I find no game here, just a construction kit that, with immense patience and energy, could be used to create a game and a universe to play in. Its 888 pages read like an unconscious parody of rules-heavy, table-driven RPG design, and, oddly enough, it ends up feeling kind of like Spawn of Spawn Of Fashan. As a bonus, if you’re nostalgic for early-Eighties game art, many of the included illustrations are actually from the early Eighties. Combined with the fact that neither the table of contents nor the index contain hyperlinks to the associated pages, I’m forced to conclude that nobody associated with this project is familiar with graphics or layout software released this century.

Mind you, in all those pages, there are no real examples of how to use any of this stuff; it’s just tables all the way down (and, no, still no equipment lists; but you can design every possible kind of hand-weapon from scratch and make your own!). No wonder everyone recommends Mongoose Traveller; despite its flaws, it’s actually intended to be played, not weighed.

Seriously, the table of contents for all three books is shorter than the table of charts in each book (124 in book 1, 125 in book 2, and 121 in book 3), but there are no printable pages of forms to make use of any of the supplied generators. Even the sample sector and sub-sector maps are just low-resolution JPEGs (MuPDF’s mutools extract is your friend here…).

For the previous release, they apparently did you the favor of extracting the relevant pages from the books to create a set of “forms”, which was better than nothing but not terribly useful. I’d hope that they’d do better this time, but there doesn’t seem to be any interest in supporting this as a game system.

By the way, how often do you actually need to know each character’s “species scent”?

Just re-read the kickstarter, and it seems the Player’s Manual was promised as part of the original T5 kickstarter seven years ago, and is now promised as a free follow-up to this one, delivery date unknown.

Looks like the closest thing to a modern Classic Traveller is Cepheus Engine. This merges the free SRD from the first edition of Mongoose Traveller (which was deliberately designed to be compatible with existing CT content) with useful ideas from other editions like T20 and MegaTraveller, all wrapped up in an Open Gaming License.

Because it seems Mongoose screwed third-party publishers when they released version 2 of their Traveller, replacing the OGL with a profit-sharing scheme that takes 50% off the top.

So if you happened to find any good ideas in the T5 books, your best bet would be to incorporate them into a CE-based game, with additional content from whatever edition of Traveller books you can find.

Well, this explains a lot…

Which brings to Miller’s point that while he likes the challenge of game design, he doesn’t use the complex game designs he creates. He doesn’t use rules that have rules for everything. He instead uses the simple, straightforward, Referee-driven rules of Classic Traveller.

Not a pick-up line…

I hope the DanMachi spinoffs eventually produce a story focused on second-tier adventurer Anakitty Autumn, who is apparently the only non-insane catgirl in that universe. 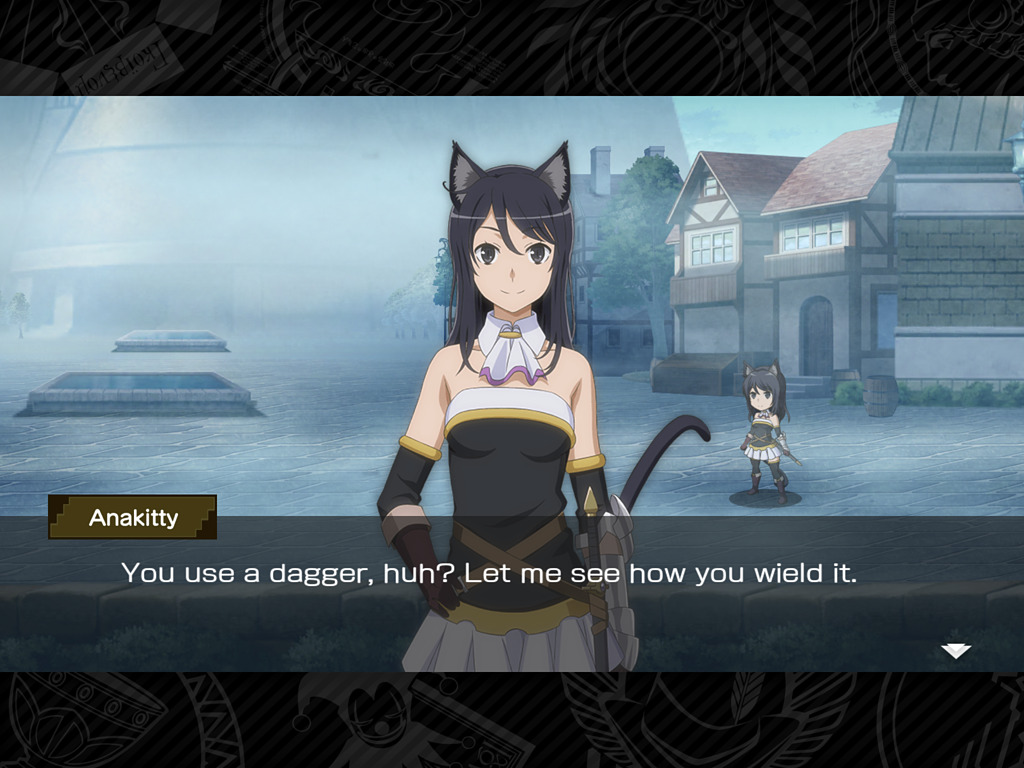 (screenshot from the mobile game)

The BBC has announced a VR-only kinetic novel featuring the voice of Jodie Whittaker and the writing talents of Yet Another SF Newbie, Victoria Asare-Archer.

“Let me get this straight. You took all the money you made franchising your name and bet it against the Harlem Globetrotters?”

“Oh, I thought the Generals were due!”