Nothing About Current Events

Reasons not to use Cults3D, #4

Stolen designs. Seriously, these are obviously professional product photos of objects that are not 3d-printed, and a quick Google image search finds them for sale all over the world. Some clown just scanned them in and is trying to sell them as their own work, using the original product photos as bait.

And, yes, there are plenty of scanned copyrighted statues on all the sites, but usually they aren’t brazen enough to try to sell them. Thingiverse tries to cover their costs with ads, while Cults3D is a marketplace that happens to have some free items. 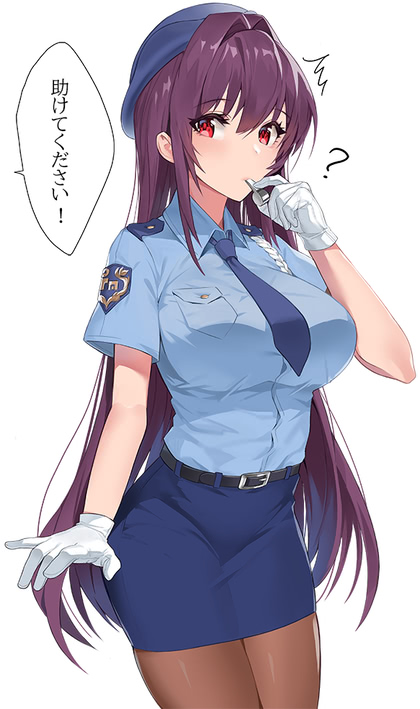 Yesterday was not a good day for America. I will not discuss it further at this time, so here are some pictures of cute girls with cats. 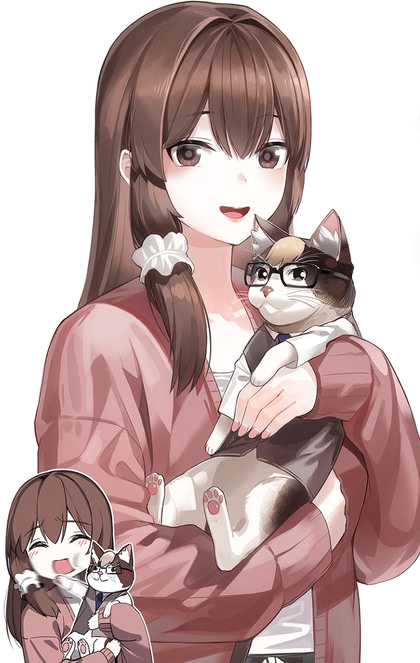 I’m not sure why Pixiv users tag pictures ‘before sex’ (事前, literally ‘prior to’); aren’t they all? Maybe it’s just for the ones where the characters know about it… 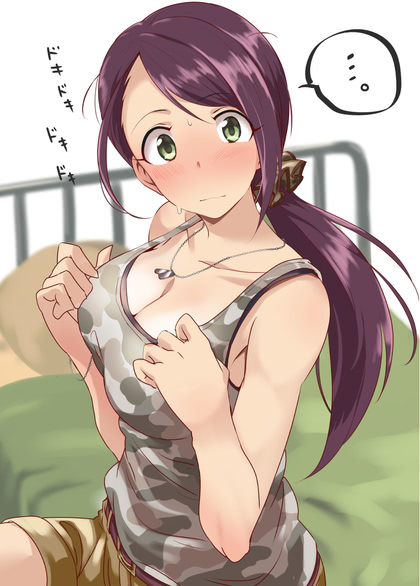 Official English versions of this popular Korean fantasy story are scheduled to be released early in 2021 by Yen Press. Light novel, January 19th; manga adaptation, February 23rd. Hopefully they won’t meet the same fate as some other Yen Press titles that are inexplicably not available for Kindle. (all the missing titles seem to be available on BookWalker, although at higher prices) 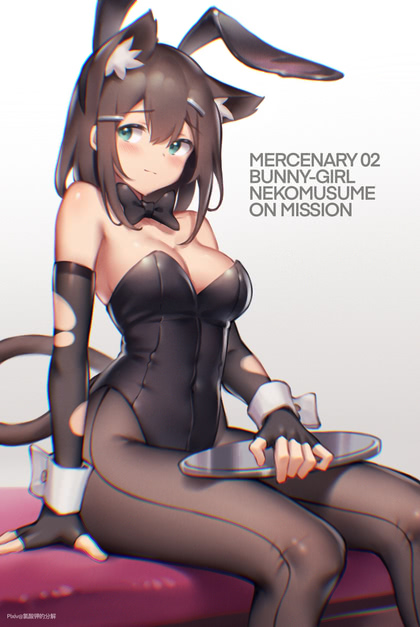 I hates me some workflow-breaking changes to default behaviors in a new release, buried at the end of the release notes of a project that got silently upgraded as a dependency:

To which my answer is:

I’ve been cutting and pasting commands into terminal windows for many, many years. 99.9% of the time, when I paste something with newline characters in it, it’s because I want the shell to see the damn newlines and execute the damn commands. 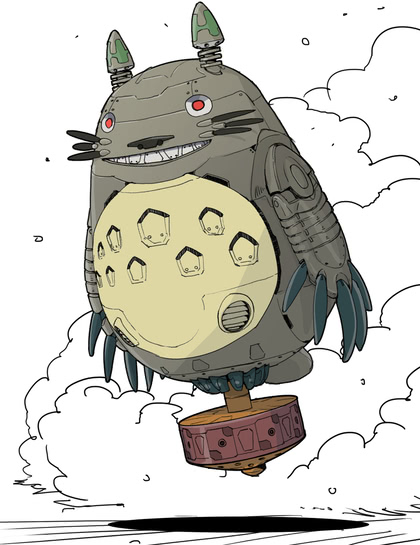 “Out past the cornfields where the woods got heavy”

For decades, I had no idea what this line was. 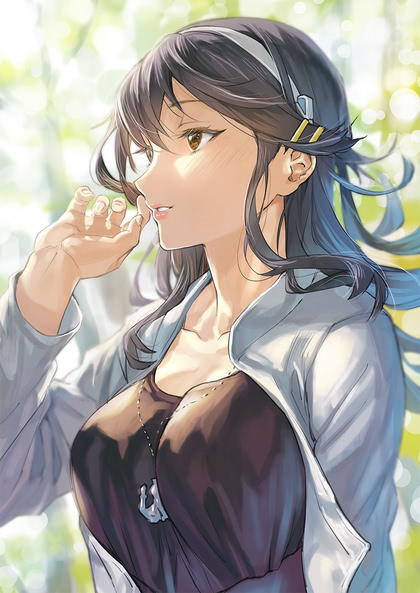 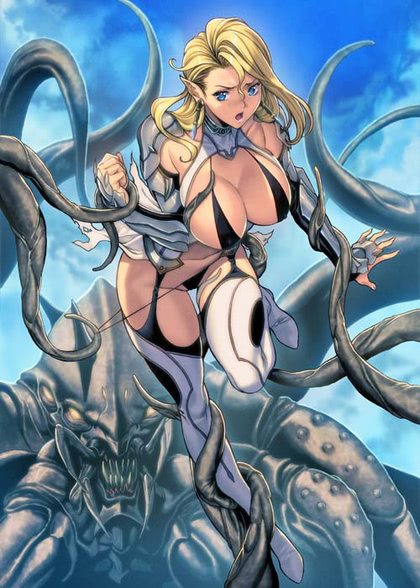 With a stage name like Yume Miru, you know she’s got some persuasive arguments… 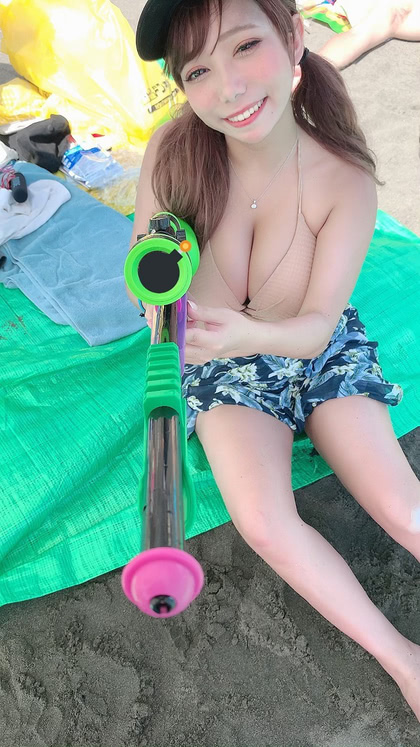 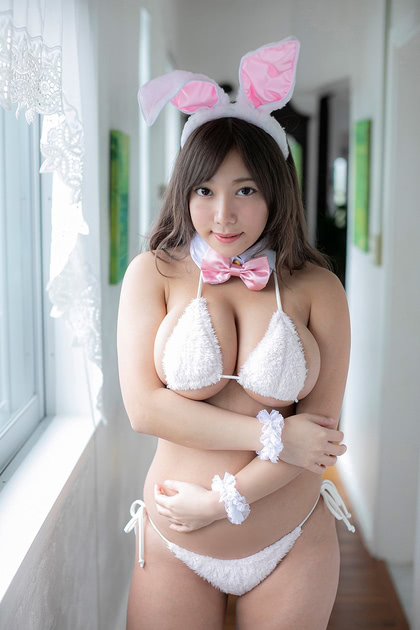 If your election stays up for more than four days, consult Rio Teramoto. 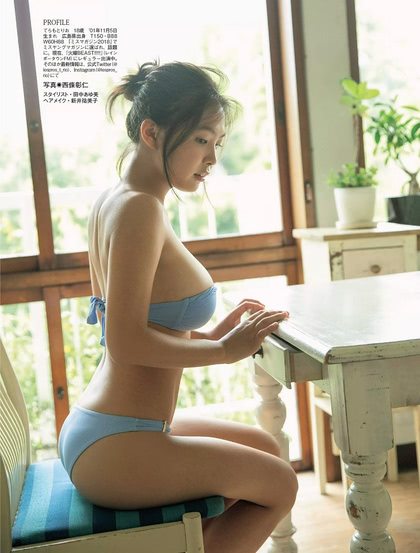 As for the ongoing clusterfuck that is the US presidential election, Larry Correia weighs in.

In the nearly-there Big Sur release of MacOS, Apple won’t allow third-party software to even see the network traffic from their applications and services, much less block it. If, for instance, you’re on an expensive or slow wifi connection, and iCloud or Software Update decides to slurp up all your bandwidth, well-known tools like Little Snitch, TripMode, and even your VPN software won’t know about it.

I haven’t seen anyone mention tcpdump or Wireshark yet.

The tags 褐色 and 褐色肌 are translated as “dark skin” or “tan”, but there are very few truly dark characters in anime and manga, and most of those are painful stereotypes, especially the males. Fortunately I don’t collect pictures of male characters, so I can avoid the angry mobs for a little longer.

This set’s a bit shorter than the others I’ve posted recently, because a lot of the stuff that gets this tag barely qualifies as “has been outdoors recently”.

Yes, this theme is inspired by a cocoa episode featuring mousse and microwave cake. No chocolates were whipped or nuked in today’s cheesecake selection.

With California under mandatory masking, it’s hard to tell what kind of mood people are in when you’re in public. So here’s some cheerful cheesecake. 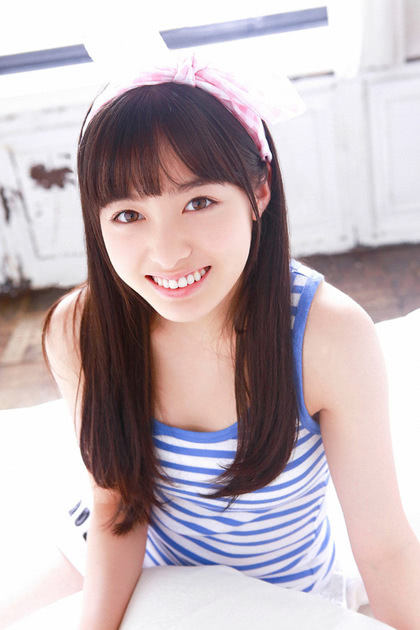 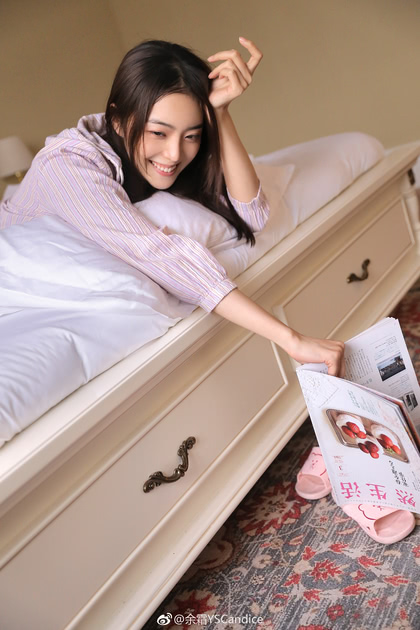 I want to see an inverted harem comedy where each of the girls gives up and finds a guy who’s into her and willing to commit to a real relationship, leaving Our Hero progressively more alone until in the final episode, he ends up the Best Man at their mass wedding. Call it Shoumi Kigen! (賞味期限, “sell-by date”). The beach/hot-springs episode would come at the beginning. 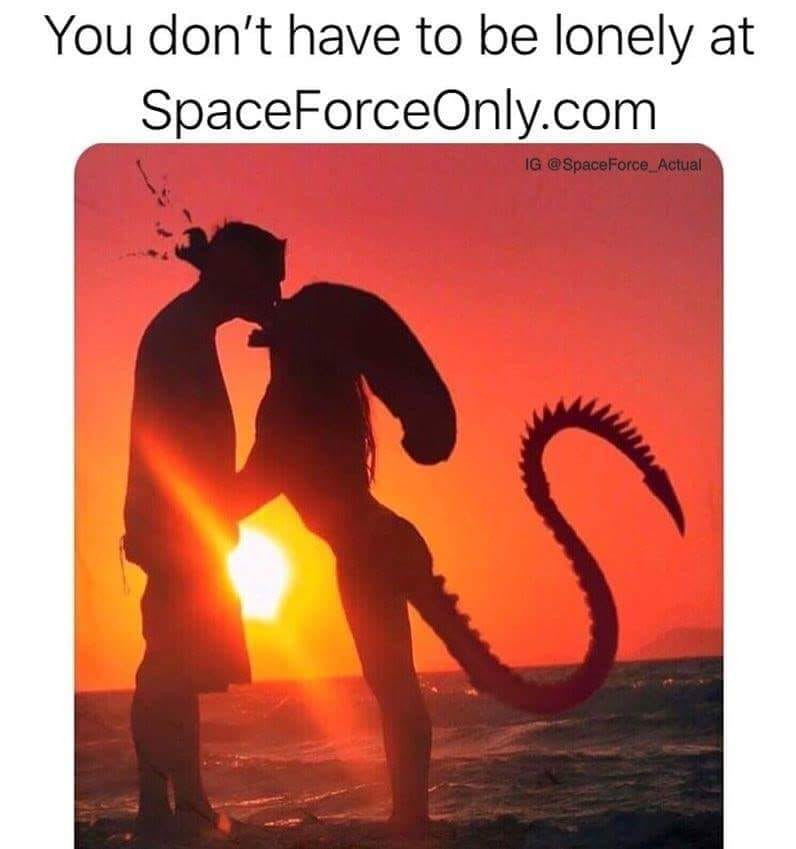 I don’t know that I’ve ever seen the “Eskimo Pie” brand of ice cream sandwich in a store, but now I never will. Honestly, I can’t see them introducing a replacement product at all; you can’t keep brand loyalty if you don’t keep the brand. Without the name, logo, or mascot, they’d just be another new product in a crowded market. I nominate “Effrontery Bar” as the new name, with an angry middle-class white woman as mascot. 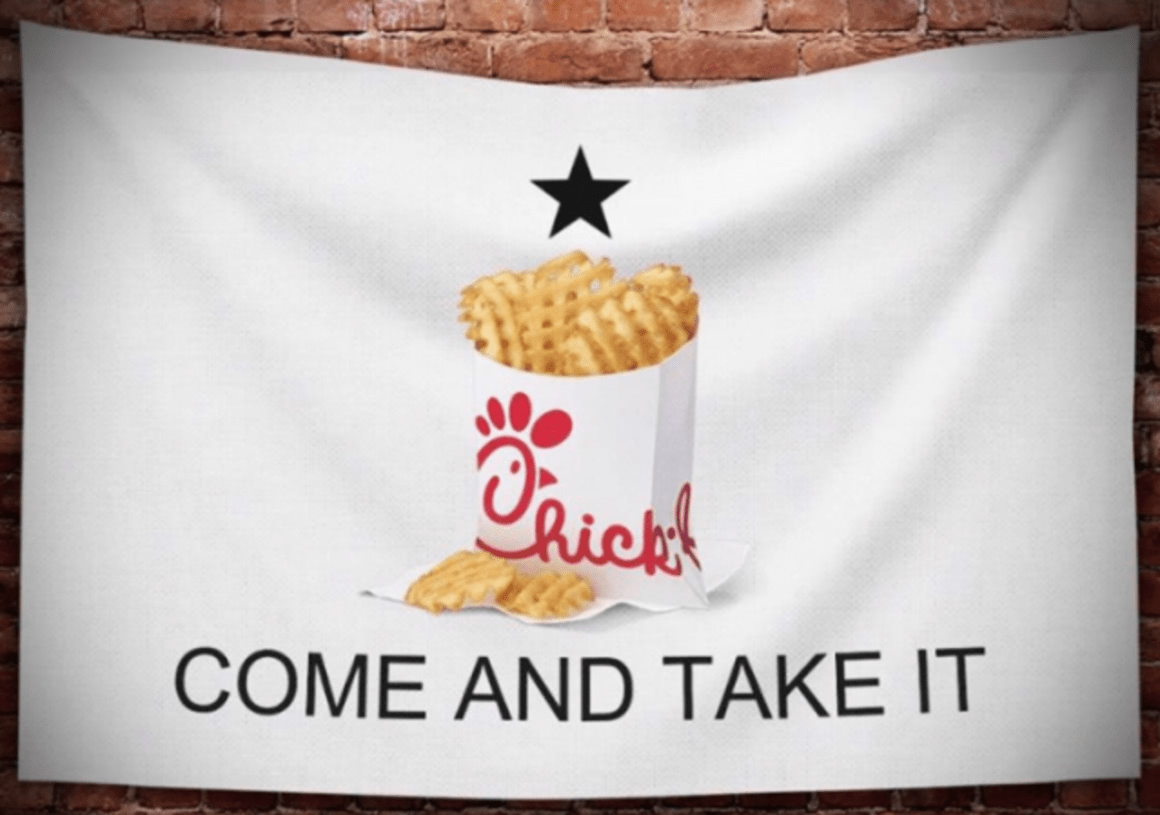 Hire a proofreader for your next small-appliance manual:

Back to the cheesecake…

I was going to do something with a theme today, but then the software update on my Synology NAS failed, a reboot got stuck at a blinking blue light for more than 20 minutes, and I feared it would need major surgery. A hard power-cycle didn’t produce any change, so I was prepping to follow the “blinking blue light of death” FAQ (which involves pulling all the drives, reinstalling onto a scratch drive, then reinserting all but one disk of the first volume and doing a repair), when it suddenly came back to life. The only thing I’d changed was disconnecting the USB cable leading to the UPS, so I’m guessing there was some disagreement between the two. 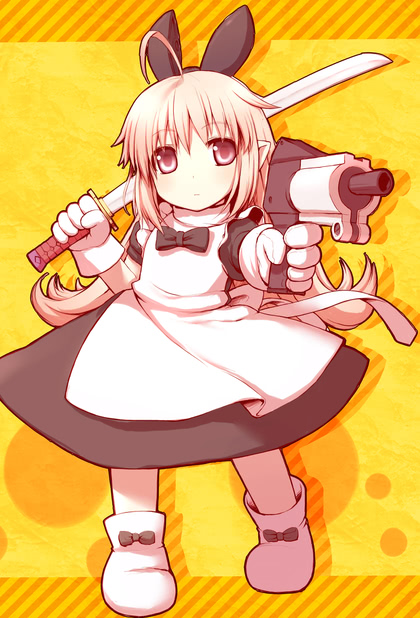 The Lurn2Codh Police are busily extracting all “offensive” terminology from computing: male/female, master/slave, blacklist/whitelist, peek/poke, parent/child, fork/exec, kill/killall, dump/restore, finger/man, nice/renice, strip/tail, true/false, zip/unzip, etc, etc. This isn’t new so much as it is becoming more visible as part of signaling to the mob that you don’t want to get burned, metaphorically or literally. I find it completely hilarious that GitHub is going so far as to rename the default branch in software projects from “master” to something not-currently-protested like “main”.

Of course, promoting one branch over another is inherently problematic; all branches are equally important. 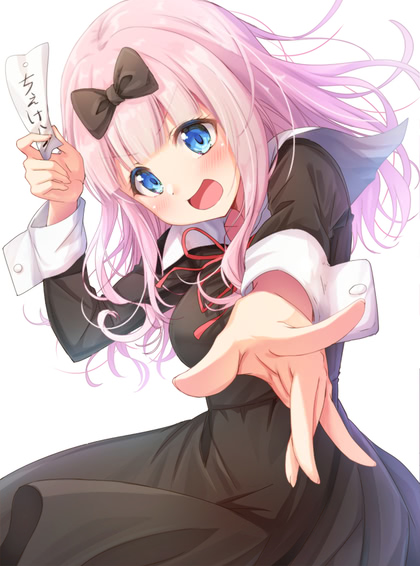 And of course, if you don’t have your own studio or can’t afford to rent one (or at least a nice suite), where else are you going to take your model?

For obvious reasons, this one’s pretty much all NSFW, so here’s some unrelated notes and images to pad it out:

Also The Umbrella Academy, and the thing they most have in common is that the more I learned about the source material, the less I was interested in reading it. IMHO, both Netflix series substantially improve on their sources as presented on their respective wikis, largely by throwing out convoluted baffling horseshit.

Seriously, it’s canon that Ciri is Snow White, complete with seven dwarfs, and everyone wants to knock her up to get a child of power, including her own father, who colluded with Vilgefortz to stage his death as “Duny” so he could overthrow the usurper and reclaim the throne of Nilfgaard. Meanwhile, in the UA graphic novels, dad was actually a poorly-disguised alien, which is not the biggest WTF.

Both also have some excellent performances by actors who work very well in their roles. UA’s first episode can be a bit of a chore, especially with the central character an emotionless zombie. That’s not really a flaw in the actress’ performance; she’s supposed to be that way. It just makes it difficult to get engaged in the story.

Oh, and don’t go anywhere near any Witcher fan discussions. When they’re not fantasizing improbable ships, they’re either ignoring what’s presented on the screen or arguing based on a canon that’s scattered across a bunch of inconsistent novels, comics, games, and previous movie/tv series. 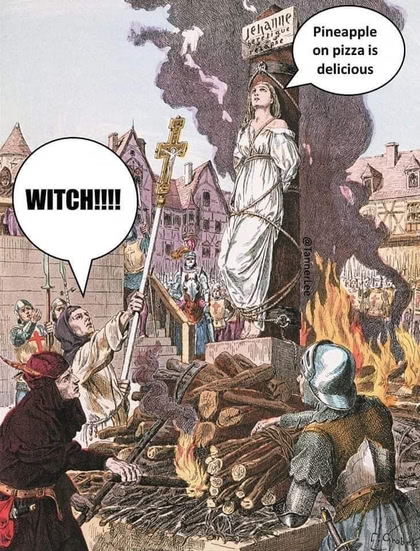 Turns out the local Sport Clips has not in fact reopened. The chain marked the store as re-opened in the app and people started booking haircuts, but when I went by at 10am Thursday, there were two disgruntled cleaning guys waiting for someone to show up and let them in. And a sign on the door said “check the app for our reopening date”. Sigh. 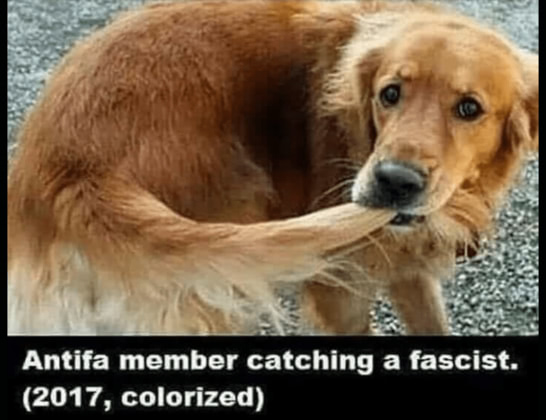 What could possibly go wrong?

Germany to require gas stations to also charge electric cars. Gosh, I’m old enough to remember when they told you not to use your cellphone at the gas pump because it might spark a fire. Imagine the fun when you’ve got to rebuild your station to handle a mix of people who load up on fossil fuels in five minutes and people who sit there for at least half an hour at a Van de Graaff generator.

This week’s episode revised Flat Is Beautiful 2. I could have used that for a theme, but that’s another show. 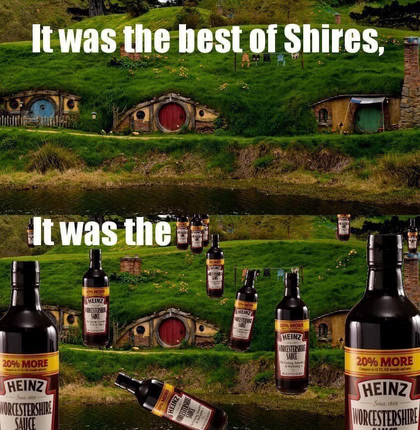 Long ago, Colonel Cooper advocated identifying the cadre organizing the riot and reducing their enthusiam with a single subsonic .22LR to the lung from a suppressed rifle. Unlikely to be fatal, unlikely to start a stampede, just enough to take the wind out of their sails. No school like the old school, perhaps, but it could never happen here.

I’d like to at least see all the rioters forced to serve a few hundred hours of community service cleaning up inner-city neighborhoods. The survivors might even learn something.

Ally: Trying to be eaten last.

Woke: Trying to be beaten last.

This hurts to look at

Not the girl, the… “thing” in her right hand. 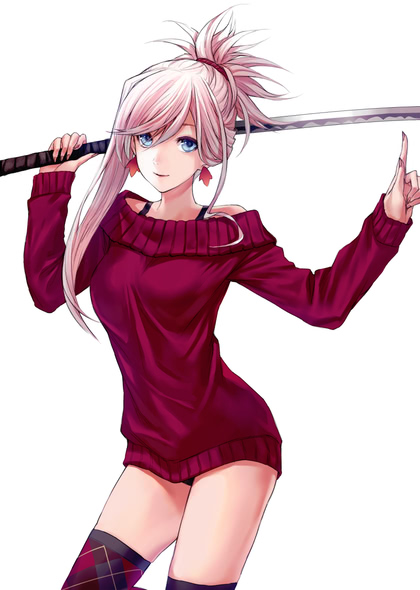 A for swiping American Express’ actual fraud-detection email template, saving yourself from the possibility of inept spelling and grammar.

B for using an almost believable .com domain name consisting of the real one with “exps” appended.

C for not including any personal information in the body of the email that would convince me that you knew anything about my account.

D for routing the “click here” links through a URL shortener.

F for sending it to the wrong email address.

All of the above combined to send it to my Junk folder, so there was no chance I’d fall for it.

Whoever shot this set of Nana Ogura was definitely a fan of the golden age of Playboy magazine. (disable javascript before visiting this NSFW site!)