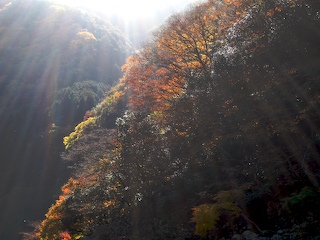 Culled from the blur of the last two weeks. Likely to be updated with pictures and additional commentary.

There are some nice restaurants in the Kintetsu mall near Kyoto Station. While perusing the menu outside of one of them, the muzak system turned up a familiar-sounding tune. I just couldn’t place it. Dave didn’t recognize it at all, and then it hit the refrain, and was revealed to be this.

The next time we went by that place, they’d cranked the silliness higher, with a muzak version of this.

There’s a perfectly good reason why the Japanese cowboy is para-para dancing. If you were hanging out with these Shibuya gals, wouldn’t you?

When purchasing sake in a Japanese grocery store, read the label carefully, if you have any ability to read Japanese at all. If, for instance, the English label on the shelf reads “nigori”, check the Japanese label to make sure that it isn’t actually namazake (生酒).

Why? Because while most good sake should be served slightly chilled, namazake must be kept in the fridge right up until the moment you’re ready to drink it. It’s not pasteurized, and if it gets warm for even a few hours, the live yeasts turn it into basically-undrinkable carbonated mush.

[Update: link added for the back of the map]

One thing I couldn’t find online before the trip was a good map of places to go in Akihabara. The ones I did find were either inaccurate, incomplete, not to scale, required local knowledge, and/or were drawn with complete disregard for the Western notion that North should either be at the top or clearly marked.

The time I spent marking things up in Google Earth did help me find a few places, but it doesn’t produce useful printouts, so I couldn’t bring it with me as PDFs.

Fortunately, less than ten seconds after we stepped out of the station, a pretty girl in a maid costume handed me this (3MB JPEG). The back side of it has more ads and a sorted list of shops and their block numbers.

This is apparently produced by the folks at Akiba Guide.

[Update: Oh, yes, North is to the right, and in Google Maps the area looks like this.]

[Update: just for fun, I dropped this map into Google Earth, and it’s very well-scaled. There’s some distortion around the south edge, most likely to get everything to fit, but most of the map overlays so well that you can easily locate individual shops.

Also, someone has made a set of Google Maps pushpins that covers some of the highlights of Akihabara in English. There are also two decent ones (1, 2) if you can read some Japanese. The first one is a collection of maid cafes, the other is more general.]

…just be sure to check its aim. 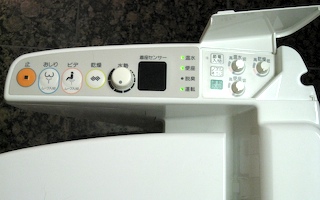 ...and I do mean everywhere

Okay, admittedly Oowakudani is a popular tourist destination for both natives and foreigners, but come on. What’s she doing here? 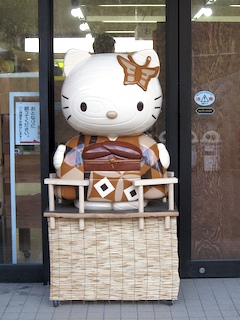 This late in the year, tour operators don’t make any promises about how high up Fuji you’ll be able to go, or how well you’ll be able to see it from a distance. Ice on the roads kept us from getting past the third station, but visibility was clear all day long. 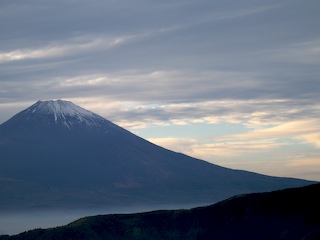