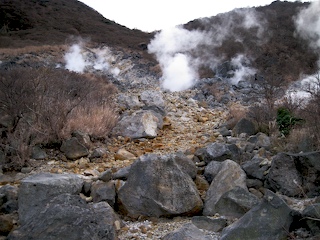 Oowakudani is the source of the sulfurous waters piped down to the Hakone hot springs resorts. It’s also a popular destination in its own right, due to the terrific views (1, 2, 3, 4 ) and novel cuisine.

The current name for the place translates as “great boiling valley” (大湧谷). This was an early example of tourist marketing, since until they heard that the Shogun was going to come up and take a look, the locals just called it “the big hell”. 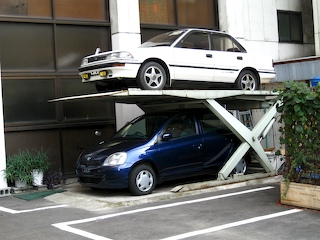 I didn’t geotag my vacation photos before importing them into Aperture, and it turns out that it treats those fields as read-only, so that the only way to add that data after the fact is by hacking the underlying SQLite database. What I’ll do is export a bunch of small thumbnail images, tag them with HoudahGeo, and then knock together a small script to insert the tags into Aperture’s database.

Meanwhile, here’s a sample (8MB KMZ file) containing most of the images I’ve posted so far, along with some new ones, exported for Google Earth. You can load KMZ files into Google Maps, but the built-in image links don’t work.

Tonari no Totoro no Kippu Uriba

This is the entrance to the Ghibli Museum in Mitaka. 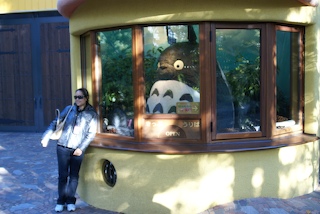 The false entrance, that is. The real one's over here: 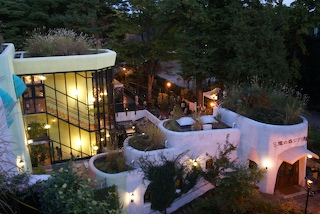 Sadly, not only can’t you buy a ticket from Totoro, you can’t get one at the real entrance, either. Domestically, they’re only available at Lawsons convenience stores, and they sell out weeks or even months in advance. There’s a block reserved for foreign tourists, fortunately, but you have to order them through specific travel agencies.

This is one of the doors leading into Meiji Jingu. 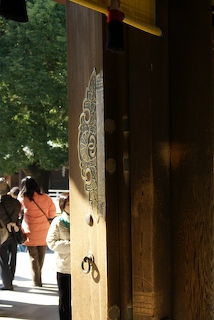 When praying at a shrine, you throw a coin into the offering box and clap, to get the attention of the kami. On New Years Day, half of Tokyo comes to Meiji Shrine to pray, and the crowd is so thick that most people can’t reach the offering boxes. So they throw their coins towards the shrine.

Some throw with more enthusiasm than skill, so the surfaces facing the courtyard are pockmarked as high as you can see.

With a name like 二の丸, it deserves two pictures. Sadly, neither of them really show off the actual palace. I’m still sorting through the shots to find one I like. Meanwhile: 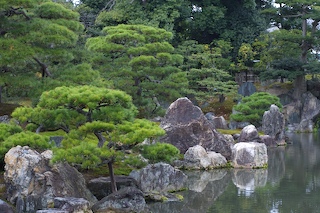 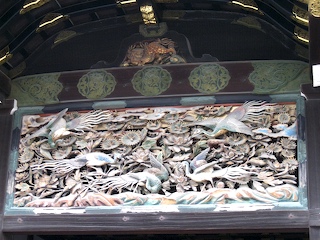 [Note: the carving is completely different when viewed from the other side, but photography was forbidden inside, so I can’t show you.]

Junsei is a traditional resturant chain in Kyoto, with three locations. The main one (near Nanzen-ji) is built around a traditional garden that is listed as a historical site. Translation: show up well before your reservation so you have time to look around. You’ll have a decent view from your private dining room, but it’s worth a closer look. 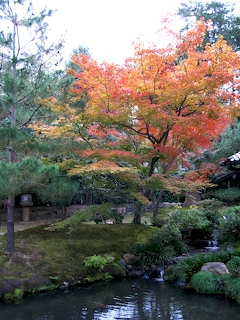 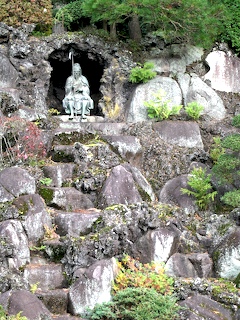 Actually, I don’t know what this statue at Shinshou-ji is supposed to be, or what it’s made of. I like it, though, which is more than I can say for the Glen Cook novel I used as the title (or pretty much any of his novels since then).