I’d want to add indoor plumbing, a good HVAC system, and do something to keep away the tourists, but yeah, I can see why one of the Ashikaga Shoguns thought that Kyoto’s Golden Pavilion would make a nice little retirement shack. Even 600+ years later, it’s got a nice view. 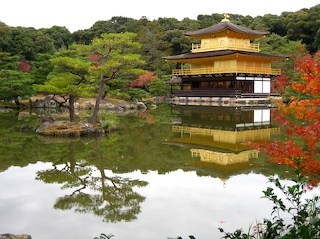 Mind you, it’s impossible to do something original with one of the most-photographed objects in Japan, but this wasn’t a serious-photography trip. I was a tourist, and I did what tourists do. :-)

The novelty of bread

The Japanese still haven’t really figured out bread. They’re good at pastry, but rice is the grain that goes with meals, so breads tend to be snack foods, such as the ubiquitous melonpan, whose name comes from the melon-ish shape rather than the contents.

Speaking of shape, care to guess what kamelonpan looks like?

First thought that came to mind...

“Hey, I can see Google Earth from here!” 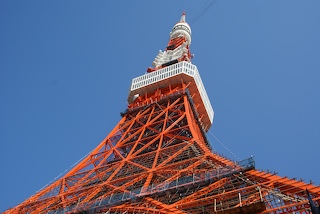 He ain't so tough 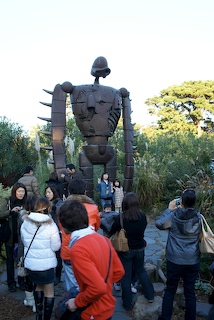 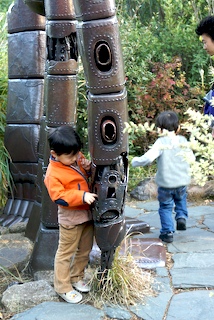 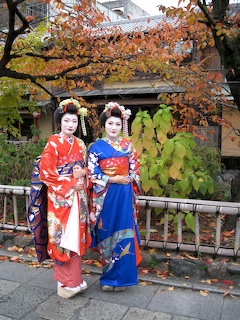 These are “tourist maiko”, women dressed up as apprentice geisha to provide some local color. There was another pair walking around with a man who was holding up a multi-lingual sign reading “these are not real maiko”, and I believe they were members of a tour group who had paid for a makeover (among other things, they were a good fifteen years too old to be the real thing). These two were just strolling along the canal nearby.

The only real maiko we spotted was off-duty in a regular kimono, coming out of the Gion post office. 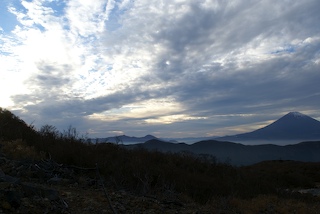 I don’t know what company operates this tour bus, but I think I’ll give them my business next time. 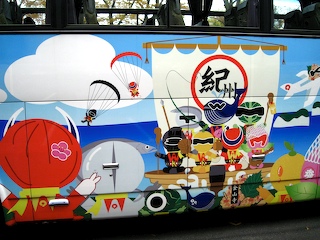 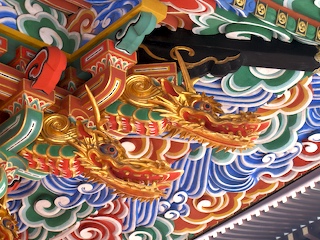 Our 8-hour layover on the way home gave us time to take the train into Narita-san and see Shinshou-ji. Allegedly there was a temple fair going on, but it just looked like a few extra souvenir stands. The temple complex itself was much more interesting.