I will live until I die 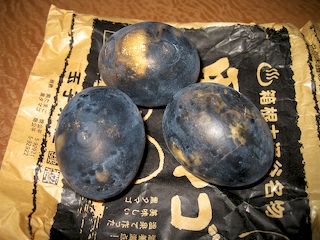 This little guy, on the other hand, won’t add anything to your lifespan.

...but it did have a nice view

The Shinagawa Prince hotel is…okay, with short, stiff beds (one crunchy pillow each), extremely small rooms, and over-priced restaurants. It does have a decent convenience store, and the 24-hour pizza/pasta place is reasonably priced and turns into a breakfast shop in the morning. Its real virtue is location: a short walk from Shinagawa Station, from which you can go pretty much anywhere in the country.

And, if your room is on the north side, the view is worthwhile. 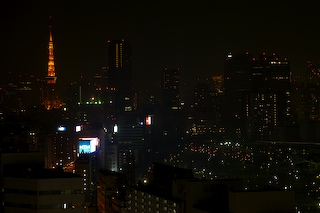 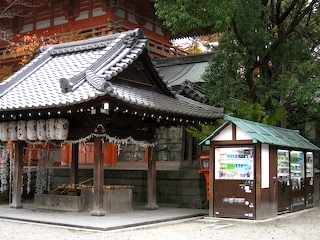 One of the highlights of a visit to the Studio Ghibli Museum in Mitaka is the chance to see an original short animated film produced to their high standards. Currently, it’s Hoshi wo katta hi, a story that becomes only slightly less incomprehensible if you can pick out some of the Japanese dialog.

If you go there while it’s still running, there are two things you should know. First, it’s based on the surrealist paintings of Naohisa Inoue, specifically his Iblard fantasy world. It doesn’t make a lot of sense because it’s, well, surreal.

We bought them in the Gion district in Kyoto. A little bag of ginger candies wrapped up in a label that read 「まいこさんのおちょぼ口」 (for the kana-impaired, that’s “Maiko-san no Ochobo-guchi”). It means “the maiko’s [apprentice geisha] tiny mouth”. They’re darn tasty, and the farther away we got from Gion, the more I wanted to go back and fill my suitcase with them. I didn’t.

But surely I can find them in Japantown in San Jose or San Francisco, or at least order them online! Or maybe not. It turns out that “Maiko-san no ochoboguchi” is a cliché, and 99% of the references you’ll find online are of the form “even a maiko’s tiny mouth could eat this”. Which is of course why they were called that in the first place.

This means that even explaining what I’m looking for will require visual aids. Better snap a photo of them before they’re all gone: 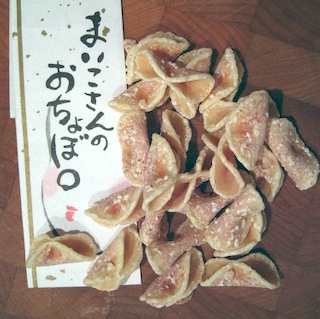 I’ll try to find them locally, but realistically, my best shot is finding someone who’ll be in Kyoto and giving them a copy of the photo and detailed instructions on how to find the shop. It looks like this, and it’s about a block and a half west of the main entrance to Yasaka Shrine, on the south side of the street [Google Maps].

According to a stand at Kyoto Station, it tastes like this ekiben: 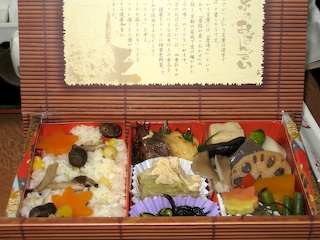 Did someone mention Kyoto Station? 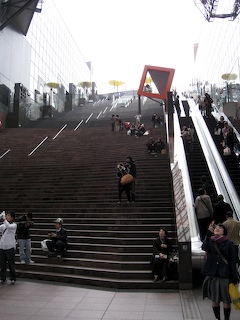 Okay, only one, and she’s a very little girl, but you have to start somewhere… 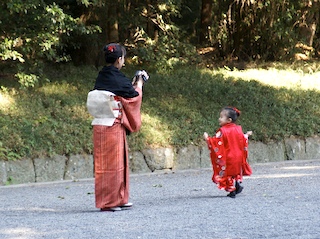