More precisely, I made it 20 minutes into the first episode of the new season of Doctor Who before giving up in a combination of exasperation and boredom.

Ah, not a new season, just a “Who Years Day” special. It’s called “part 1”, but since I couldn’t finish it, I don’t know if it’s really a two-parter. And I don’t care enough to look it up.

Apparently I’ve gone too far poking fun at the results of your recommendation system, because you’ve stopped recommending anything except a few “buy it again” tiles:

That last one is amusing, because I actually have a subscription for the k-cups, but in a different box size, so Amazon knows I like the stuff, but doesn’t realize they’re already sending me 36 of them each month. (4 boxes of 9 is $5.65 cheaper than 6 boxes of 6)

This is my daily “liquid pie” indulgence. I drink it with two Splendas and two Mini-Moos, which is like pouring coffee on cupcake batter, yet still only 100 calories.

If I have any further coffees (instead of drinking Diet Pepsi), they consist of Gevalia or Peet’s medium-roast ground coffees, made in an Aeropress (or the new Aeropress Go travel kit) with three Splendas, a Mini-Moo, and a pinch of sea salt.

(for the AeroNerdly: non-inverted, 2 filters, 2 scoops, 2-ounce pour to wet the grounds for 30 seconds, 2 more ounces and ~40 seconds of stirring, slow press all the way down and scrape the foam into the mug, then milk-n-sugar and add 8 more ounces of water)

"Does your dog bite?"

Sitting at home contemplating the Nueske’s gift box that just arrived, and my doorbell rang again. This time it was a small neighbor child who said, “your cat is hungry”.

“I don’t have a cat”, I replied, causing the child to look utterly baffled. I explained that I knew the beast and fed him when he stopped by, but had no idea who he actually belonged to.

I also have no idea who the small child belongs to. My neighborhood is sufficiently unwoke that they roam freely without anyone calling to have their parents arrested.

No, it is not true that these recommended items are things “other customers often buy again”. Honestly, once is probably enough: 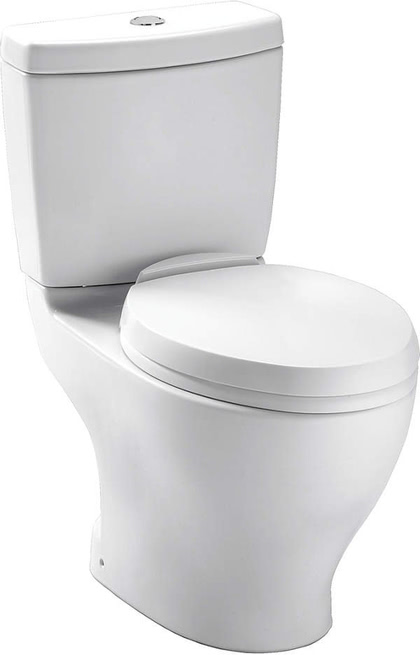 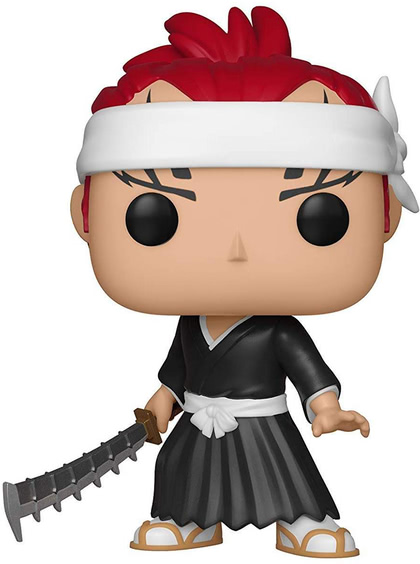 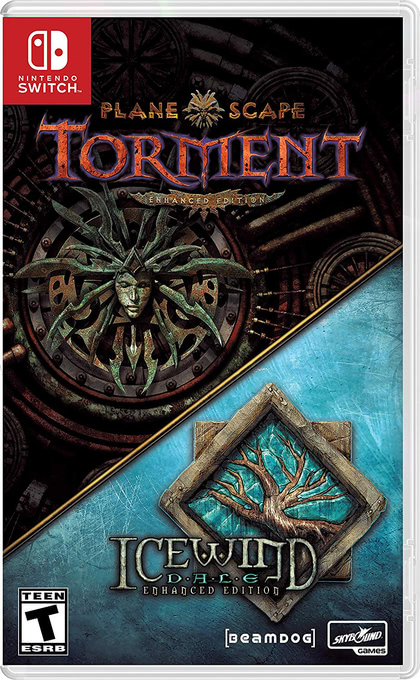 In other news, it’s nice to see that the recommendation engine is back online. Nothing jumped out at me as particularly absurd this morning, but I thank you for pointing out that the new Doctor’s sonic is designed to stimulate the G-spot. 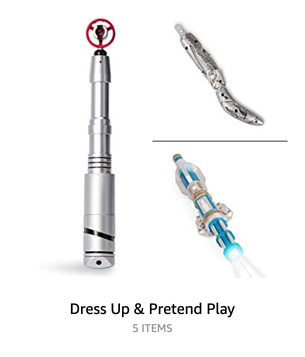 Pokémon takes place in a universe without the concept of “stranger danger”, where it is perfectly reasonable to send pre-teens out on their own to travel the world, battle other kids for their lunch money, go home with newly-met adults, and take candy from strangers. I find this innocence oddly refreshing. In any other game, you’d be asking what exactly this little girl is doing in a hotel room with a dirty cop and two hookers: 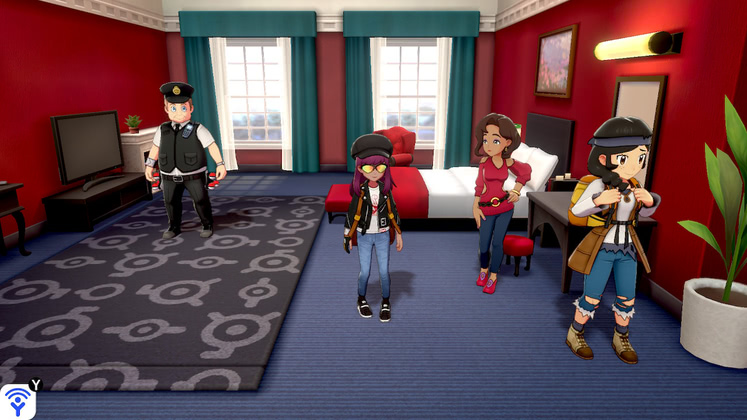 In Pokémon-land, though, it just means you’ve found the CEO’s avatar and can battle him for useful loot.

The first sign that the new Pokemon Sword & Shield game(s) would be a hit was Nessa/ルリナ, who hit the fan-sites like a leggy, barely-clad ton of bricks: 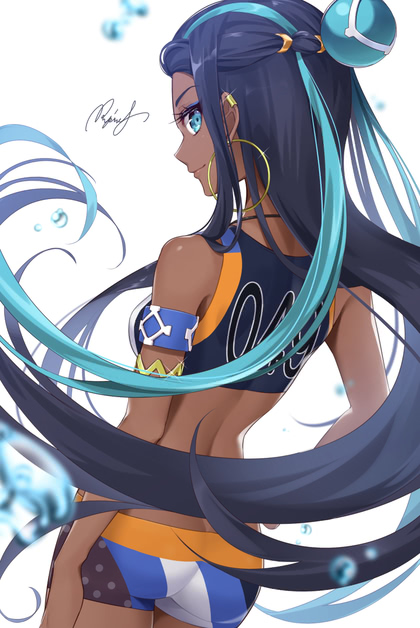 (yes, she dresses her early-teen “assistants” in the same outfit, and gives the protagonist a set to wear as well…)

But the real draw has proven to be pouty-punk rival Marnie/マリィ, who’s so popular that in the upcoming DLC, you’ll be able to cosplay as her in-game: 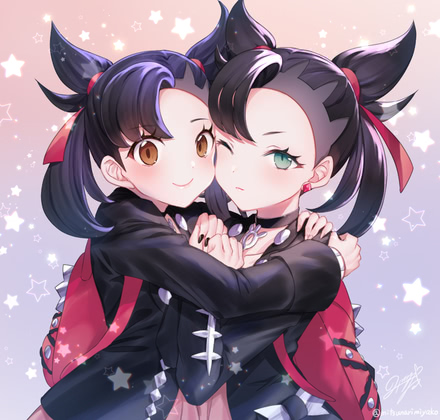 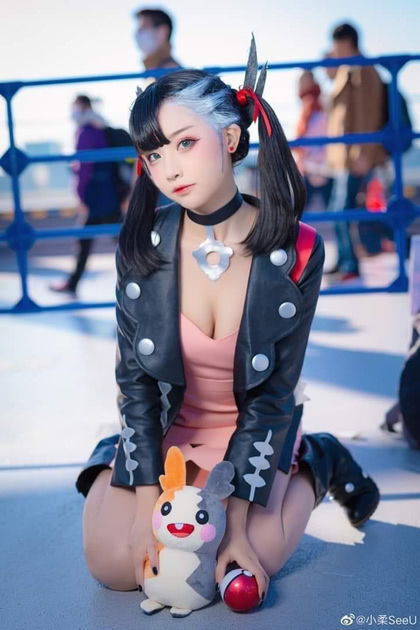 As for choosing Sword versus Shield, there’s no contest: 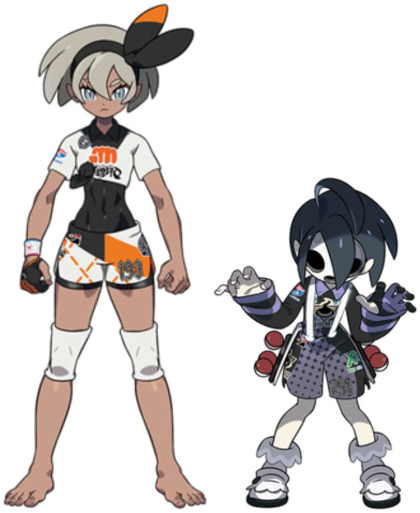 This is reinforced in the expansion with Sword-exclusive Clara, who had sexy fan-art about ten minutes after the announcment ended: 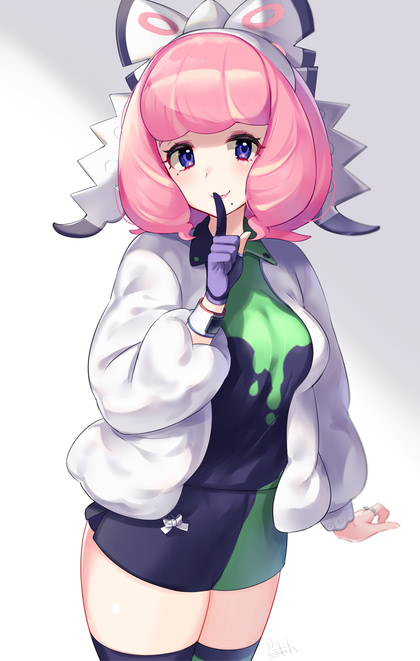 Something supporting character Sonia can relate to: 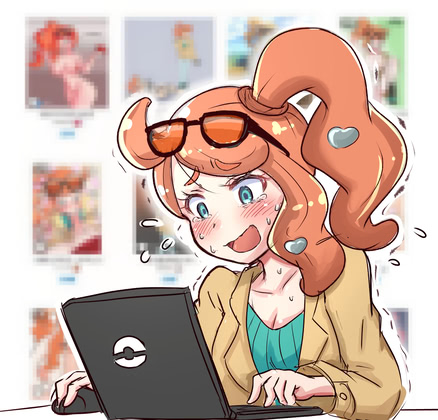 Not that any character has been spared… 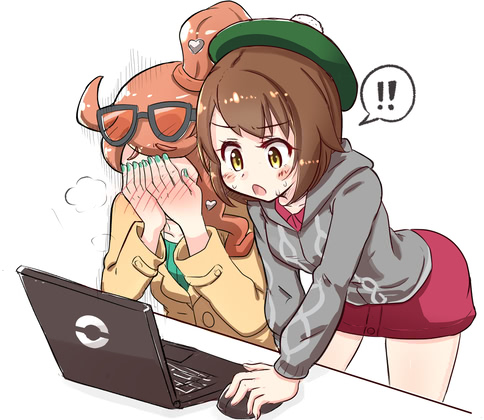 Warning: objects in fan-art are larger than in-game.

Apparently, the reason it took the House so long to turn in their homework was that they were waiting for Nancy Pelosi’s souvenir pens to arrive. Must have ordered them from China and refused to pay for express shipping.

Now I really want Trump to get re-elected, so these dumpster-dining bumblefucks can use their Historical Collectibles to slash their wrists.

Note to people eager to bid on the inevitable auctions for these silly things: across is for attention, down is for death.

I was driving down the highway this afternoon at “slightly less than 20 MPH above the speed limit”, when my phone suddenly blasted a siren sound through my car speakers, and my navigation software was covered with this bullshit:

Everything about this is stupid, including the fact that you can’t click on the link. Y’know, if you were actually concerned about scouting for a possibly-senile senior, and weren’t more worried about driving into a ditch from the shock of having a siren blast in your ears at 85 miles/hour.

Off to bing “how to disable silver alert”, and sites claim that the one category of “emergency” alert that somehow turned itself back on can be turned back off. Wonder how long until Apple “helpfully” fixes that for me again…

A Beginner's Look At Pokémon Sword/Shield

Since I burned out for a while on Breath Of The Wild, I’ve bought a number of other Switch games, including a steeply-discounted copy of Diablo 3, which made a nice holiday diversion (reached GR89 in season 19 with a one-button monk). Now I’m alternating between that and Pokémon Sword, as illustrated in the most recent cheesecake post.

I am not of a Pokemon generation. I never watched the shows or played the games, and in general, I’m only slightly more acquainted with its memes than I am with Zelda’s. I briefly played Go because some friends were into it, but while I understand it’s more of a game now, at the time there just wasn’t much to it.

(this also means that I was blissfully unaware of the “dexit” “controversy” surrounding this game, until the DLC was announced and people found even more ways to complain that Orange ’Mon Bad; note: don’t try to explain it to me, I don’t care)

Since the primary functional difference between Sword and Shield is a list of semi-exclusive “mons” that I have no prior attachment to, my decision was based on the fact that the exclusive minor human character is a cute karate chick in Sword, and some sort of weird radioactive mutant boy in Shield.

So, what do I think?

Final report: 8/10, would catch again. First half of DLC comes out in June, second in November. By then I’m sure to have stopped playing for long enough to be willing to come back and try out the new areas.

(list of well-known link-trade codes after the jump; you’re welcome)

These are absolutely brilliant, and I’ve never seen them in the bath/plumbing department of any store: 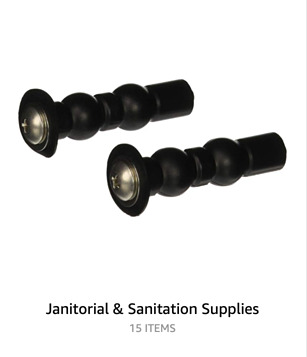 A set came with my Toto Washlet adapter kit, and after realizing how they worked, I will never again buy a toilet lid that comes with the standard craptastic auto-loosening bolts. As a bonus, Toto lids come with little rubber strips that further improve their side-to-side stability.

In other Amazon news, it looks like they’ve not only fully restored the recommendation tiles, but ditched the “buy it again” tiles and created a separate page that lists them out individually instead. Since I was quite sick of having to scroll past the things-I-won’t-buy-again, I’m a big fan of this change. The new buy-it-again page also seems to sort actual repeatable items to the top more reliably, although it still thinks that I go through an awful lot of Loctite, and that laptop stands are a consumable item.

And at the bottom of the page, it still claims that “Recommended items other customers often buy again” includes things like the Bluray collection of “How not to Summon a Demon Lord”…

Sigh, no, the buy-it-again garbage tiles are back. Must have been briefly turned off by the same sort of glitch that took out the recommendations over the holidays. Oh, well. 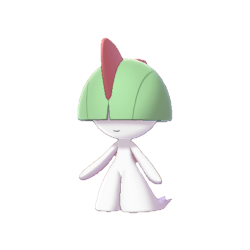 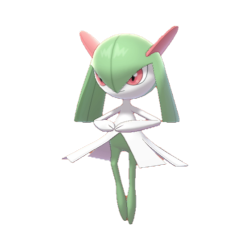 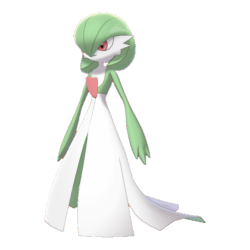 …and don’t tell me that some of them can be male. As a wise man once said, “it don’t matter when it’s Arcturian, baby”.

Since his wife has polluted his search history with Japanese sewing terms, here are some more:

I haven’t been in the fabric district in Tokyo, but we did spend a merry hour in Nomura Tailor in Kyoto buying tablecloth fabric for our mom. 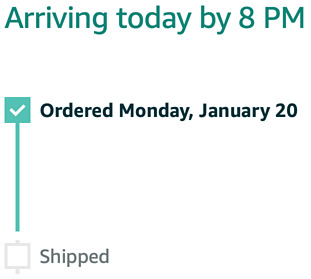 I didn’t even need to make a fresh screenshot. Still promised for Sunday, still hasn’t shipped.

Still not shipped, still supposed to arrive tomorrow. Given that only USPS typically does Sunday deliveries (or at least marks it as delivered and drops it off on Monday), I’m dying to know how they’re planning to get it to me. 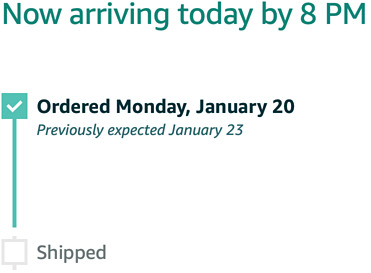 At what point does Amazon just admit they don’t have it and send the driver to Best Buy to pick one up?

Found it at the local Walmart for $20 less and canceled the Amazon order from my phone. This is an inversion of the natural order.

On all of my Apple devices, Safari history is set to be deleted as soon as possible (“after one day”, because “when browser closes” isn’t an option). But when I open the “Show All History” screen on my Mac, it usually goes back days or weeks.

Worse, deleting it manually from this screen does not work. Entries keep getting re-synced back from iCloud that were deleted weeks ago, and that weren’t in the history on any device just an hour ago:

And this is why I don’t believe all your boasting about protecting customer privacy: you keep copies of my data in secret places you don’t tell me about or let me control.

The sad thing is that this is most likely incompetence rather than malice; you just can’t write sync code that works.

Conceptually, it hurts my brain to see PC cases listed as external components. 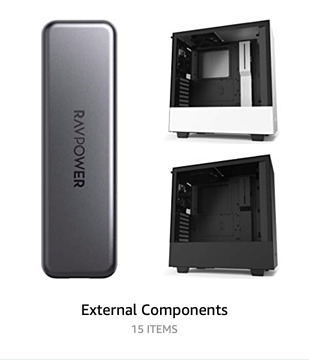 Then again, at least it’s not the ongoing dumpster fire that is “religion & spirituality”… 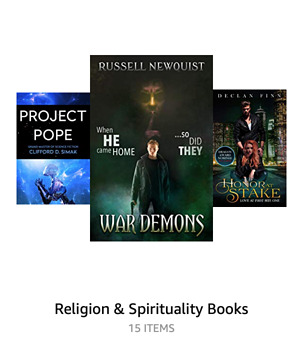 Meanwhile, since Amazon can’t manage to get a two-day delivery to me in a week, I’ll be spending the day working with the product that did arrive. It took a year and a half to get here, but unlike Amazon, they made it themselves.