Foolishness during my college years really messed up my credit rating. It didn’t help that they kept confusing my records with my father (same first name and middle initial, and of course overlapping home addresses), who had been through several bankruptcies. In fact, when I moved to California in 1993, I had trouble getting an apartment; I had to point out to the landlord that the Sears charge card listed under the bankruptcy was older than I was.

Things have improved over the years, in both income and personal habits. Enough for this:

My 2011 Camry Hybrid is holding up nicely at 230,000+ miles, but it’s nice to know that if I needed a new car, they’d give me the good rates. My only major planned expense for next year is Japan in March, and we’ve already paid for the hotels and tickets. If the new MacBook Pro keyboard design holds up, and Catalina eventually makes it out of beta, I may invest in a new laptop (with Mojave running in a virtual for my legacy 32-bit software).

(and, yes, everyone reports this differently; there are apparently half a dozen different versions of FICO in use, with about a 25-point spread)

Roughly of all deaths worldwide are caused by inflammation-related diseases.

Well, that certainly narrows it down.

Another day, another idiot Tesla driver:

The driver of the Tesla told police his car’s Autopilot feature had been activated and he was not facing forward – he was checking on his dog in the back seat, according to the state police’s Facebook post.

This assclown hit a parked police cruiser that had its hazard lights on.

All I want for Christmas is less dynamically-loaded content on your home page. Seriously, if I switch to another tab while it’s loading, half the time I’ll come back and find that Safari has given up and reloaded it. Sometimes it reloads while I’m still scrolling down. Any other page is fine.

If I turn off Javascript, it loads a thousand times faster, but then the “Recommended For You” page is completely blank. Wish lists still work, although you have to dig a bit to find them.

This all seems to have started right before Black Friday. Perhaps dialing back on the poorly-debugged holiday scripting is in order?

Sequel to last year’s inspired-by-Wondermark calendars, it’s 2020 time. Generated with the example script I included in the PDF::Cairo distribution.

Not exactly a winter storm watch... 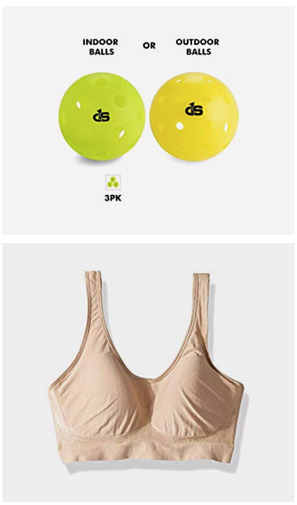 On second thought, your time would be better spent drafting a resolution supporting lap-dancing Flintstones cosplayers. It has the gravitas that the In Peaches Mentos fund-raising telethon lacks.

It’s real; I checked with Snopes.

The single most useful feature of virtual desktops in Windows 10 is getting out of crashed full-screen games:

Technically, it was handling it...

Woke up this morning, looked at my phone, and saw that I hadn’t received any work email since about 1:15 AM. Since I’m guaranteed to get at least one hourly cron-job result, that’s bad.

Login to mail server (good! that means the VPN is up and the servers still have power!), check the queue, and it eventually returns a number in excess of 500,000.

Almost all of them going to the qanotify alias. Sent from a single server.

The good news is that this made it very easy to remove them all from the queue. The bad news is that I can’t just kill it at the source; QA is furiously testing stuff for CES, and I don’t know which pieces are related to that. And, no, no one in QA actually checks for email from the test services, so they won’t know until I — wait for it — email them directly.

For more fun, the specific process that’s doing it is not sending through the local server’s Postfix service, so I can’t shut it down there, either. It’s making direct SMTP connections to the central IT mail relay server.

Well, that I can fix. plonk

(this didn’t delay incoming email from outside the company, just things like cron jobs and trouble tickets and the hourly reports that customer service needs to do their jobs; so, no pressure, y’know)

QA: “I see in the logs that the SMTP server isn’t responding.”

J: “Correct. And it will stay that way until this is fixed.”

Dev Manager: “Could you send us an example of the kind of emails that you’re seeing?”

J: “You mean the one that’s in the message you’re replying to?”

DM: “Can you give my team access to all of the actual emails?”

J: “No, I deleted the 500,000+ that were in the spool. But it looks like at least 25,000 got through to this list of people on your team, who would have known about this before I did if they didn’t have filters set up to ignore email coming from the service nodes.”

J: “And, what the hell, here’s thirty seconds of work from the shell isolating the most-reported CustomerPKs from the 25,000 emails that got through, so you can grep the logs in a useful way.”

(John used to work for me…)

Senior Dev: “Ooh, my bad; when I refactored SpocSkulker, I had it return ERROR instead of WARNING when processing an upgrade/downgrade for a customer that didn’t currently have active services. Once a minute. Each.”

SD: “Oh, and you can hand-edit the Tomcat config to point SMTP to an invalid server while you’re waiting for the new release.”

J: “Yeah, no, I’ll just keep blocking the traffic until the release is rolled out and I’ve confirmed with tcpdump.”

(one of my many hats here used to be server-side QA for the services involved, so I immediately knew it was coming from SpocSkulker, and could have shut it off myself; but then it wouldn’t have gotten fixed until January)

J receives massive fruit basket from Production team for catching this before it rolled out to them and took out their email servers.

The dog ate my impeachment

“We won’t turn in our homework until you agree to finish it for us.”