On my shopping list for Japan is a kiseru pipe and accessories for a friend. I picked up a few of the pipes as souvenirs last trip, one from a flea market and two from the ninja gift shop at Toei Studios, but now somebody actually wants to smoke one, and would prefer something purchased from an actual tobacco shop, along with a supply of the finely-minced kizami tobacco.

Which means I’ve been looking for Actual Tobacco Shops in Kyoto and Osaka, and evaluating their potential usefulness based on their online catalogs. Apparently the primary requirement for a pipe web site in Japan is Convoluted Navigation, so it can take quite a while just to find the store, much less all of its contents.

Which is a long-winded introduction to an item that is full of Fail: the Dangan Pipe.

Japanese spam that gets right to the point

Most of my Japanese spam email is of the form “join our web site to meet women for sex”, with the details of the pitch varying between lonely housewives, runaway schoolgirls, and independent young women whose strict upbringing has left them hungry for affection. This one stood out in the crowd:

Bluntly translated, it says “I’m sending you my email address and a picture of my pussy; everything is visible, so be careful where you view it (lol)”.

(the email does not, in fact, contain any pictures, just an invitation from “Hitomi, a 31-year-old office-lady” to click on a carefully-anonymized link (randomstring.info/randomstring), which no doubt goes to one of the usual members-only sites)

Back in June, I expressed my envy of the fact that Japan got a DVD release of Megaforce, and we didn’t. So, guess what finally came out in September in the US?

Easter Eggs from a Parallel Universe

Forget everything you’ve heard about pushing blind men into oncoming traffic. EEPU has the scoop on a sure-fire way to unlock the hottest minigame of the year!

Start by going to the Courthouse first thing in the morning. Save outside a few minutes before they open, then go in and check the Job Board for a process service run to St. Agatha’s Retirement Home. If you don’t find one, reload and look again. Accept the job, head straight there (use a taxi if you’ve got enough cash or have used last week’s Whiplash! tip to get unlimited free rides), bribe the duty nurse with a pack of Lucky Strikes, and head toward the elevators.

Serve the papers first, then go down to the basement and look for box of oily rags. Move it next to the furnace, then exit the building quickly. Wait by the front gate, and within twenty minutes the air will be filled with smoke, screams, and the sweet, sweet sound of sirens. Now put on your running shoes and go chase those ambulances!

There are many legitimate uses for this new device...

…and just as many pervy ones, which shall be left as an exercise for the reader.

This is aligned with my interests. 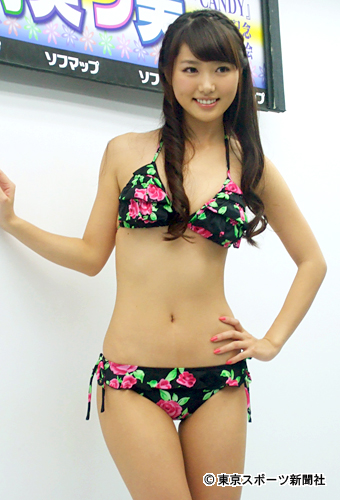 [Update 2015: Tumblr actually deleted a picture of a pretty girl. Fortunately, I was able to remember which picture it was, and found a fresh, slightly-smaller copy.]

On the current round of Democrat grandstanding, Walter Hudson says:

"The third little pig was the obstructionist in the family."

"Because PDFs are used so universally, they can be a target for hackers. Adobe provides regular updates to safeguard your computer from attacks."

What they really mean:

"Because we took a perfectly-safe document-formatting system and crufted it up with Flash and JavaScript and anything else we could think of, downloading a PDF file is about as smart as blowing a junkie in a third-world shantytown. Have a placebo and come see us again next month."

In 1889, John Moses Browning converted a lever-action rifle into an automatic weapon. This became the basis for the M1895 Machine Gun.

In 1911, the US Army adopted the service pistol they would use for the next seventy years, the M1911, still the sidearm of choice for many experts, and still parts-compatible with guns made today. It was, of course, designed by John Moses Browning.

In 1919, General John T. Thompson designed the sub-machine gun that bears his name, often called “the gun that made the Twenties roar”.

In response to Prohibition’s invention of organized crime, the Gun Control Act of 1934 severely restricted civilian ownership of automatic weapons, sawed-off shotguns, silencers, and sundry other items that scared the news media.

Everything since then has been materials engineering.

I love it when gun-banners expose themselves

…then run off in a huff when you call them on it.

[Update: he deleted the entire thread or marked it private; a bit sensitive to light, it seems…]

User: “Help! I can’t find some of the files I need on the server for this morning’s meeting.”

Sysadmin: “Okay, that server looks fine, and we have good backups. What folders are missing files?”

Sysadmin: “That sounds a little more serious than missing files. We’re on our way.”

(below the fold, to protect the weak of heart)

Why is it that when I have a block of text selected, and I wish to drag it somewhere, that you insist on having me click on a pixel that’s part of one of the characters in the selection. Not “inside the bounding box”, not “inside the enclosed area”, but actually “on a pixel whose color was set by drawing the character”, so that with black text on a white background, only the black pixels count. And not just for dragging a block of text around, but for dragging a dozen messages to another folder in Mail.app, etc.

I’ve been fighting it for years, but the simple shapes and bold strokes of the latin alphabet are fairly easy targets, so it used to be a minor nuisance. But with kanji, it’s a real pain in the ass. Well over half the time, when I try to sort email with kanji senders and subject lines, attempting the “drag to folder” action will instead result in the “extend selection range” action. Dumb, dumb, dumb.

Ordinarily, I’d expect that the lessons learned working with the crude accuracy of poking an iPhone with a finger would have taught you something about requiring excessive precision in selection, but I’ve actually used an iPhone, so I know you haven’t figured it out there, either.

The Cloud fights back...

So, a trope-aware Magical Girl-Girl show where the lead character channels Recette? I’m in.

The global warming social engineers have been pretty successful at marginalizing anyone who dares to question their ever-changing definition of The End Of The World, so I think it’s only fair that we adopt their methods and refer to gun-control supporters as Civil Rights Denialists.

The fact that warmologers and gun-grabbers tend to flock together just makes it all the more appropriate.

When, and more importantly why, did Russian spammers decide that “cune” was an English word relevant to the performance of sexual acts? Recently my spam folder has been filling up with messages of the form “Russian slang-for-woman want/are ready/wanna to sexual-act for/with you”, and one of the randomized values for sexual-act is “cune”.

It could be a simple typo, but I prefer to think that highly-educated Russian women are offering to write on clay tablets in Sumerian. Talking dirty, as it were.

Hunting for interesting excursions in the general vicinity of Kyoto, a small marker on Google Maps caught my eye: ポンポン山. Now why, I thought, would a mountain, even a small one, have a katakana name? The Japanese Wikipedia entry says that the sound of footsteps is generally accepted as the answer, but also that the name only dates back to the Meiji era, and before that it had the more prosaic name Kamoseyama.

If there were any functional difference between scary evil assault weapons and acceptable civilian firearms, her big press conference wouldn’t feature a laundry list of names and numbers:

B) Pushing for significant increases in gun control is likely to push the Senate into the hands of the Republicans in 2014.

E) The media quite fawningly accused the nasty evil extremist Republicans of picking on poor little Hillary after she finally lied through her teeth testified about Benghazi.

Is it all just a game to make Hillary the “persecuted underdog” for 2016?

PS: I like the suggestion that the way the House can defeat any gun-control proposal is to attach a budget to it; Harry Reid will never let it come to a vote.

I love the wording in the description of Korean Roasted Bamboo Salt:

"The cooking process is believed to burn off the bad elements of ordinary sea salt transforming it into a new mineral."

(apparently it’s graded by how many times it’s been roasted; also, it’s a folk remedy with the usual random list of curable ailments)