I really should make a version of this site that generates my naughty novel cover art. 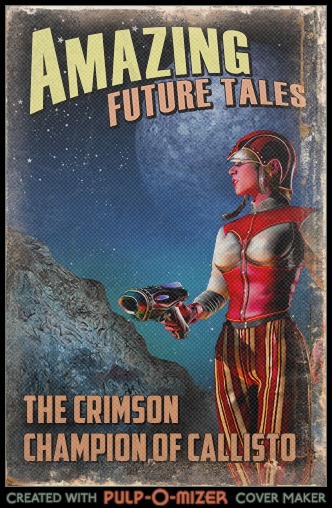 Lots of folks are having fun with the recently-released photo of Obama firing a shotgun (“just a sportsman like you, honest”). Many of them are promptly jumping to the conclusion that it’s faked or photoshopped, of course, mostly revealing their ignorance of shooting, photography, or both. The Swallowing For Obama activists are gleefully cheering their hero’s latest triumph over the unbelievers, based on their own ignorance of both (while still wishing he hadn’t sullied his hands with an evil gun).

The truth is simpler: it’s a staged publicity photo. He wasn’t shooting anything but air, with a camera perfectly positioned to capture a burst of images so they could pick the best shot. That’s why his stance is so static compared to photos of actual skeet shooters: he’s posing for a picture. That’s also why there’s no choke in the lower barrel: the handler didn’t install one because Obama was never going to fire a second shot.

The most likely reason the photo exists is that the manufacturer sent the gun as a gift, and the administration sent back a signed, framed photo showing him using it.

[Update: having now looked at the full-resolution image, with EXIF data intact, I have no doubt that the photo is real but has nothing to do with skeet or other sport shooting. His left sleeve is in crisp focus, but his left hand is slightly motion-blurred, with the motion increasing out toward the muzzle, precisely what you’d expect to see during the recoil from a shot. The escaping gas from both muzzle and porting is realistic for the lighting conditions and the 1/320 second exposure time. At the same time, his stance is an awkward attempt to shoot it like a rifle, he’s getting battered in both shoulder and cheek by the recoil, only the upper barrel has a choke in it (making it useless for skeet), and he’s shooting horizontally, something not commonly done in any shotgun sport. I say Browning sent him a Citori for his birthday, and got back a signed photo and a thank-you note.]

Buddy movies from an alternate universe: The Frisco Kid

According to Gene Wilder, Harrison Ford’s part in The Frisco Kid was originally intended for John Wayne.

I really want to see that movie.

Okay, I agree they’re both Blu-ray discs, but other than that, I don’t see how you got from Casablanca and African Queen to this.

I have absolutely no idea what this spammer is trying to say in the italicized sentence.

Hello! What is your name? At supervision of your structure I very much have become interested in you. My name is Anna. If you want with me to communicate then write to me. If you write to me do not forget to specify yours e-mail of the address that I could answer to you. I hope you write to [email deleted]

It is currently cheaper to buy a round of 12-gauge 00 buckshot than a round of 9mm jacketed ball ammo. The guns are cheaper, too, and much easier to find on the shelves.

Why, no, said the Democrat, it’s not about turning ordinary gun owners into felons. Except, of course, when it is.

In a bold choice, this young historical cosplayer has chosen to dress up as a gangster’s moll and terrorize a room full of innocent people with an automatic weapon.

When you detect that an incoming email contains a virus-infected attachment, please do not forward the virus-infected message to other people saying “hey, if you got this, don’t open it”.

Found originally as an animated GIF; fortunately, Google image search let me track back to the Youtube link.

Fewer desperate runaways and lonely housewives this month, and a whole bunch of ads for cable/satellite piracy (幻のカード = “dream card” for around 25,000 - 40,000 yen).

The other hilarious wrinkle is that one of the sex sites must have signed up with a new spam agency that’s used to selling something else. Here are some of the fresh women offering access to their sexy profiles, replacing the usual Yumiko, Akane, Yui, Miku, etc:

All is not lost, however; one of today’s is from a lovely young lady named “83/59/84のCカップ”, whose parents clearly planned ahead.

Spotted this one just now while using Google Translate on a store’s information page: 定休日 was translated as “Closed Sundays”, instead of “regular closing days” or something similar. If, like me, you expect Google to make a hash out of Japanese and are only using it to fill in the gaps, you’ll be okay, but not only is Chrome doing automatic translation, I’m running into more and more Japanese sites that supply an “English version” that’s copied from Google output, and if you don’t know you’re reading gibberish, you might end up thinking that the store really is closed on Sundays.

How did Google screw this one up? Well, 日 can mean “day”, “sun”, or “sunday”, distinguished by context, and both 定休 and 定休日 mean “regular holiday”, used by stores to indicate their regular closing schedule. Google picked the shorter match and then decided that the following 日 meant Sunday, which would make perfect sense if there were some punctuation to make it unambiguous (such as “定休：日・水” for “closed Sunday and Wednesday”). A human translator would have picked the longer match, and expected the next block of text to contain the actual set of closing conditions, which in this case was “third Wednesday of each month”.

…and she gets it from her mom.

I had planned to wait until the second Bluray arrived before re-watching Bodacious Space Pirates, this time with a big screen and a decent sound system, but I’ve been sick all week, and I couldn’t hold out any longer. Marathoning the first arc was a wonderful way to cheer me up, and the surround sound really, really works. The excellent background music fills the room, and even the OP song is now tolerable with the chorus balancing out the screeching of Momoiro Clover Z.

(and it’s still streaming for free on Crunchyroll…)

Dude, she’s 13; could you hold off on the “abducted into the sex trade” photos for a few years? 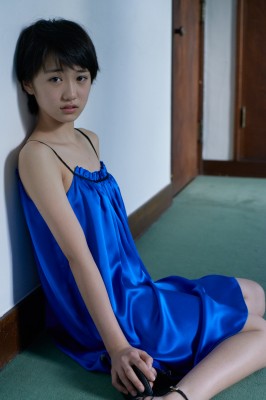