Governer High-Speed-Train-To-Nowhere has signed the bill requiring companies headquartered in California to identify at least one self-identified woman on their boards by the end of 2019, and around a third of the total by the end of 2021.

“For purposes of this subdivision, a female director having held a seat for at least a portion of the year shall not be a violation.”
…
“​‘Female’ means an individual who self-identifies her gender as a woman, without regard to the individual’s designated sex at birth.”

In other words, you can still have a board composed entirely of straight white men, as long as ~1/3 of them claim otherwise at least one day a year. Not necessarily the same day, although that might make it easier to prove compliance.

No word yet on dragonkin quotas or cyborg tokenism.

Damn, I suddenly realized I should have titled this “Bitter Klingers”…

What do you people do to your dogs? 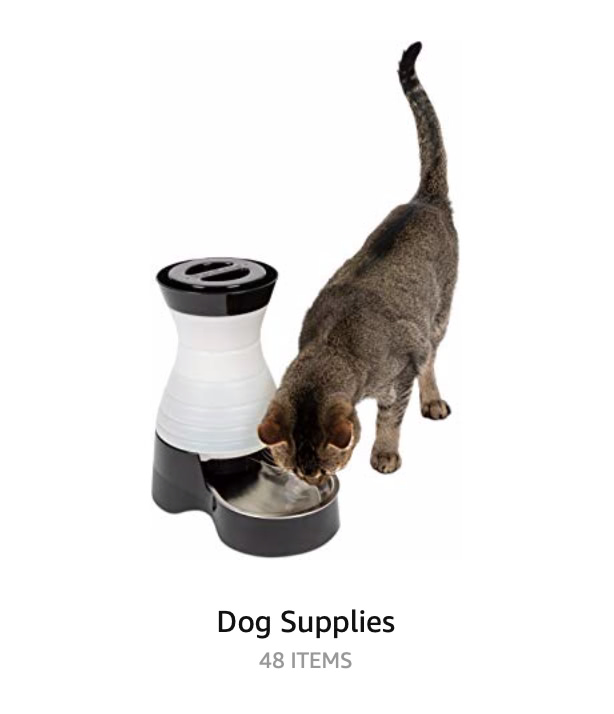 In iOS 11, Apple added a feature to quickly disable fingerprint and face logins. Unfortunately, it only works on iPhones; if you use the fingerprint reader on an iPad, the only way to disable it is to shut the device off.

I haven’t tested this in iOS 12 yet, because I need my devices to work, so I don’t upgrade them until at least the first patch release, usually the third. Because x.0 releases from Apple have been a disaster for many, many years.

In fairness to their many hardware problems, everyone’s dot-oh hardware releases are dubious. You learn an awful lot while that first batch of devices is crossing the Pacific on a container ship. This is why the best way to get a reliable product from Apple is to buy their factory-refurbished units that are extensively tested and eligible for AppleCare. 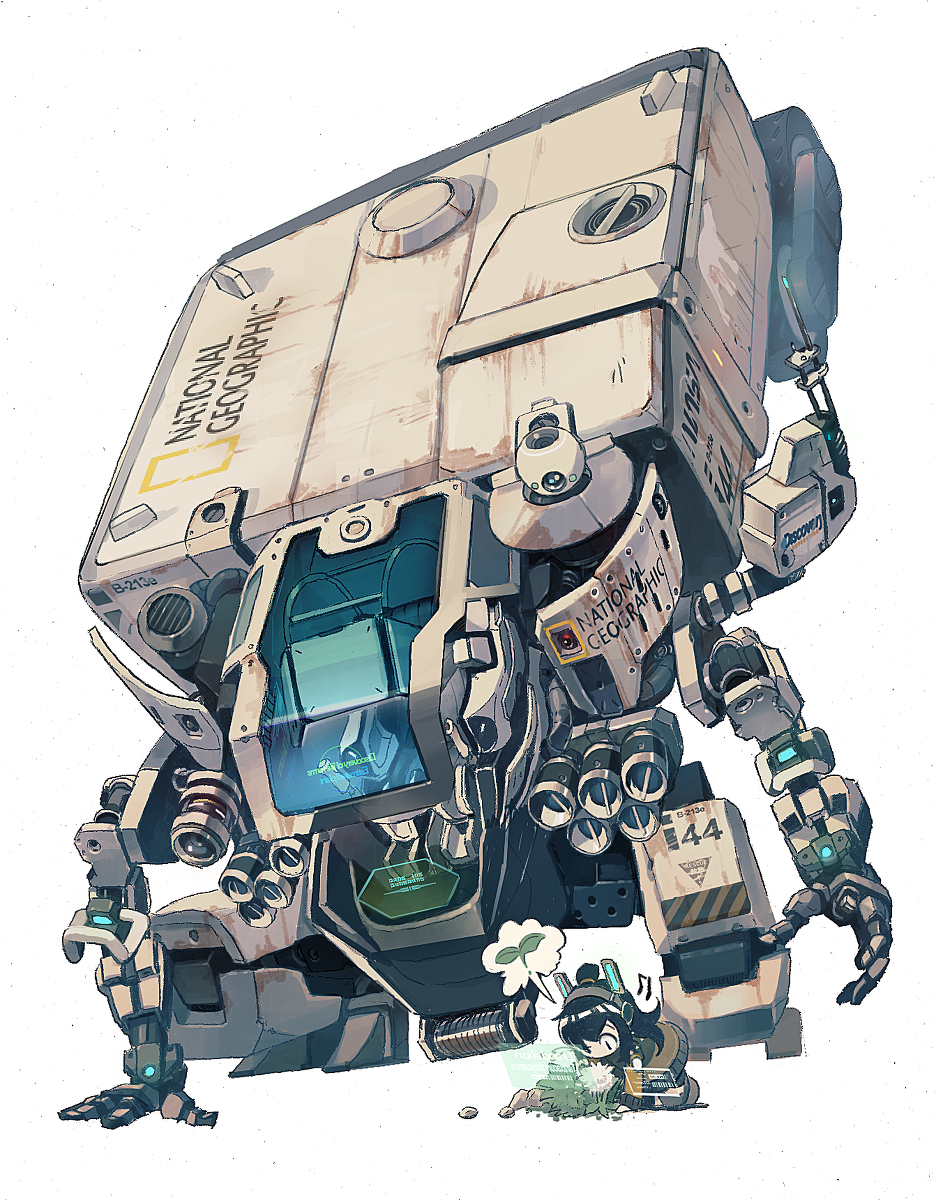 “​…until the cat murders you all in your sleep.” 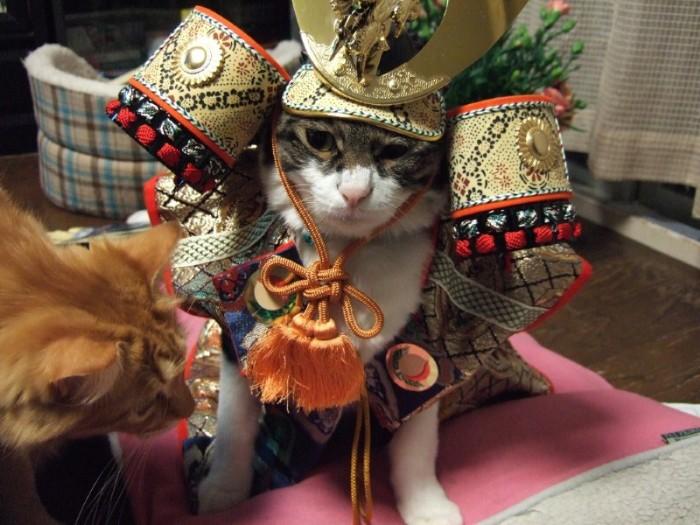 The “pre-show” was full of cringing awfulness that I had to keep muted, and I honestly felt sorry for BBC America, because they clearly have nothing else going for them right now. Seriously, after 13 days of showing nothing but Doctor Who reruns, they’re going into a two-day Star Trek maration, followed by a day of Planet Earth, two days of X-Files, and another day of Star Trek, and next week more of the same; do they even have any programming?

As for the episode itself, the publicity robbed all drama from the spoiler of Spoiler. It does at least suggest that they’re going for a more classic full-time-companions season, which is nice. I liked the performances, and I’ll tentatively give the story a B, even if they had to cheat a bit to give her a real “Doctor trick”. Whittaker carried the role, which is what really matters.

I recorded it, so whatever “extra footage” they show in the after-show special, I’ll see later; I can’t handle more cringe. What really struck me was that BBC is going all-in, but not all-out. I’m not sure I can really explain what I mean by that; it just feels off.

Let’s see if I can explain it. The BBC is betting everything on revitalizing their brand as pro-women. Witness the tag lines for this Doctor Who season: “Galaxy of Women”, “The Past, Present, and Future is Female”, “It’s About Time”. It’s a conspicuous theme across their programming: they’re Getting Woke.

But the DW promotion feels low-budget and low-effort compared to previous seasons, like they’re not sure this is going to revive the franchise (and more importantly, the merch sales). The pre-show special was full of unknown actors and girl power, telling not showing. Bonus middle finger for having a half-dozen fangirls help fix the host’s remote control with their sonic screwdrivers.

I didn’t see any theaters putting the first episode on the big screen. I didn’t see a bunch of teaser mini-episodes. I didn’t see a special with previous Who actors brought out to celebrate the changing of the guard. It looks to me like the promoters are concentrating on “rah! rah! teh wymmins!”, not “this will be the best damn Who we can make”. The BBC wants us to believe, but do they believe?

I did see the announcement of a limited-edition Barbie (which is actually a decent likeness, unlike the other figures I’ve seen announced of her).

Now, admittedly, too much teaser-ing can backfire. Remember this line from Capaldi’s teaser:

“I’m the Doctor. I’ve lived for over 2,000 years. I’ve made many mistakes, and it’s about time that I did something about that.”

They never even tried to live up to this promise. Hell, last season was a chronicle of suicide attempts, and his best moments were playing off of River Song.

The actual episode, unlike the way it was marketed, was made by people who believe. The Doctor gets a solid foundation for a new personality and style. Each companion gets more character development than Bill Potts got all season. The Monster Of The Week was just deadly enough to take seriously, but not enough to take seriously, if you know what I mean; Whittaker nicely carries off the attitude of “even in my current state, I can spot a loser and mock him for it”.

As long as they don’t immediately follow this up with something written and directed by junior interns, I’m cautiously optimistic.

Since our recent Bosch binge, I’ve been reading the novels. The first one I had to set aside for a bit was the author’s experiment with a second PoV, but that was minor compared to my issues with book 14, Nine Dragons.

I’m used to Bosch being reckless and breaking the rules; that’s kind of the point, after all. What’s different in this one is that he’s being careless and stupid. Repeatedly. I think the author was trying to show that the extremely-personal stakes are pushing him beyond all limits, but instead it comes off as “leaking brain cells out his ears”. Case in point:

He’s in Hong Kong, and needs a gun. Convenient Local Resource gets him a clean, untraceable 9mm pistol, with one loaded mag. But Harry can’t rely on an unknown gun, so he grabs a pillow and blanket from his ex-wife’s place, and tests the gun by wrapping it up and firing it twice. Inside a moving car. On a crowded street. Without warning the driver or other passenger.

Um, how does that even work? Won’t the slide get caught up on the blanket, making the second shot impossible? Also, where did the bullets go? And how’s their hearing after that? Were the blanket and pillow flammable? And, and, and…

Later he wipes down the gun and leaves it at a homicide scene, conveniently forgetting that he had previously handled the magazine and ammo without gloves.

That was not the last time I put it down, wondering who kept throwing idiot balls at Harry.

Okay, technically “miwaku no futomomo” (魅惑のふともも) means “captivating thighs”. Not to be confused with “hasemaretai futomomo” (挟まれたいふともも), which means “thighs I want to be captive of”.

All after the jump, because thighs.

…Japanese Sloppy Joes. And not in a bad way.

Hey, where's that water coming from?

Went outside to feed the neighborhood cat (down to Dumas these days), and found a large puddle of water on the front porch. Which is odd, since it’s covered and the faucet is down a step. And it didn’t rain last night.

Went into the garage and found the rest of the puddle, leaking out of the water heater. The smitty pan did a pretty good job of protecting the drywall, so it mostly went onto the concrete floor. I might lose some, well, nothing, actually. Money for the replacement, basically.

Also, could you maybe tell the cameramen to back off a foot or six, to get more into the shot? Or are you just saving all the budget for later in the season?

On the bright side, the moon did not hatch into a giant spider that laid an egg the same size and mass as the moon.

Strike that, reverse it:

“All this is told first-hand, from the perspective of Eli Steele, one of the round pegs that doesn’t fit into the square holes that the Left insists he choose from.”

The trouble with CAPTCHAs...

…is that they block robots. 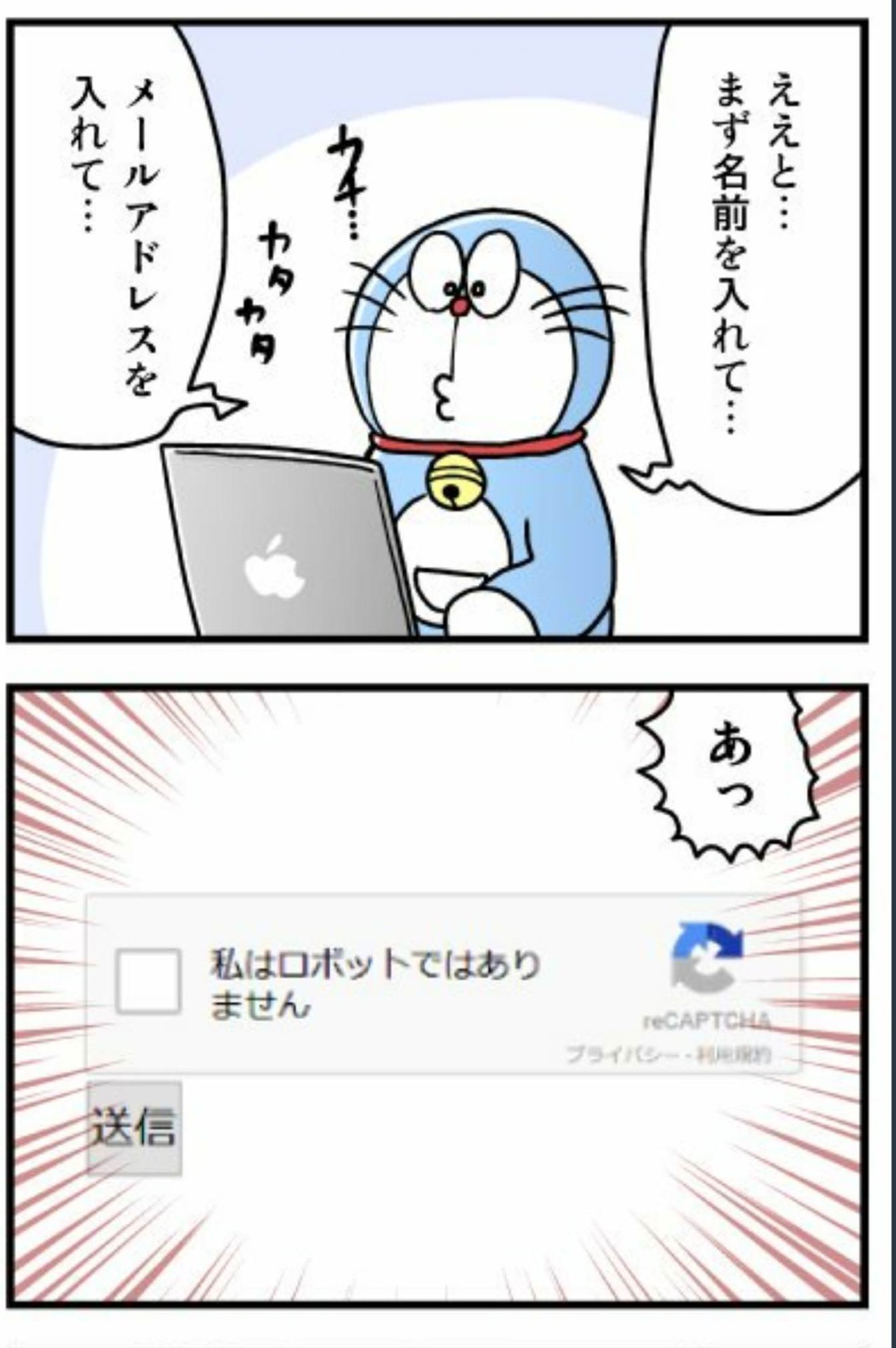 Yes, I want fries with that 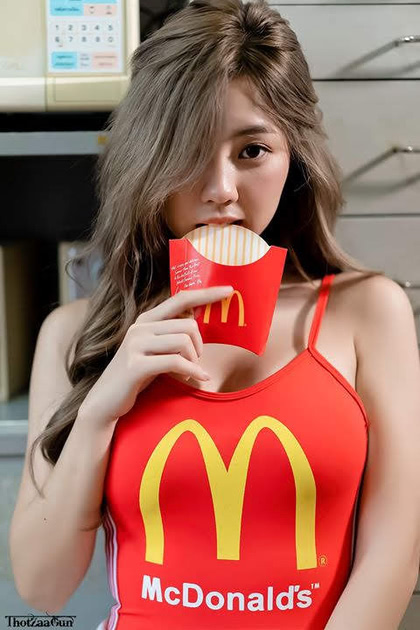 Knife-industry giant and all-around gentleman A.G Russell III has passed. Nothing yet on the web site, but email has gone out to long-time customers. 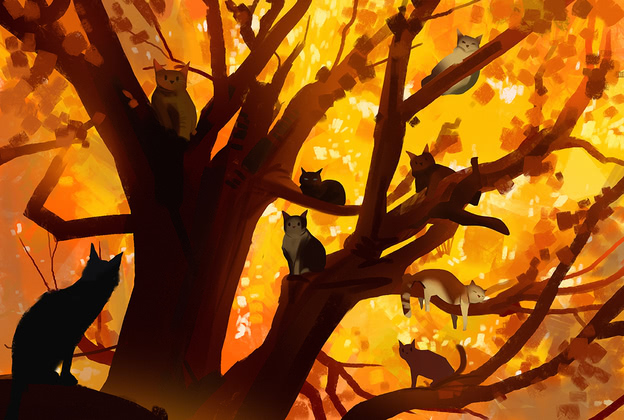 Over the weekend, I got a text message from MoveOn on my cellphone. I’ve gotten political polls on this number before, but never a (hidden fundraising) text, so you can imagine my delight.

Hi, wrongname! I’m Lisa, a MoveOn volunteer. With less than 3 weeks until Election Day, we’re campaigning to build the Blue Wave in California! By uniting together we can end Republican control of Congress-will you pledge to vote blue on Nov 6? Reply YES & we’ll share periodic texts from MoveOn’s [redacted] number & send you a free BLUE WAVE sticker! (Msg & data rates may apply)

Never mind the fact that they spammed me. I’m in California, land of fruits and nuts. The only things my vote can influence here are the city council; the Ds dominate at the county level and above.

Honestly, if you’re so desperate that you’re trying to make Blue Waves in California, the internal polling must be really, really bad…

PS: pollsters can’t pronounce Poythress, but I’m voting for him.

I wish I were kidding.

“Trapped in the past, [The] Doctor finds herself leaping from life to life, putting things right that once went wrong and hoping each time, that her next leap will be the leap home.” 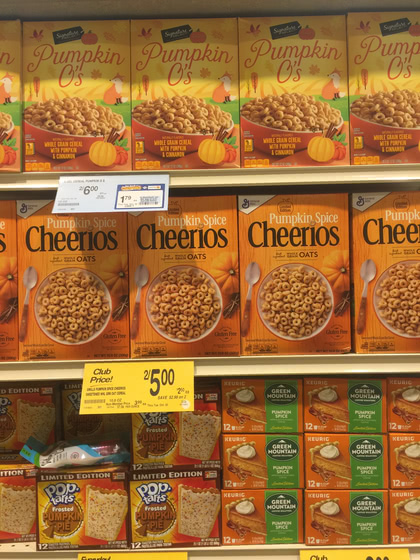 Can I have the Chilly Girl with extra Cutles? 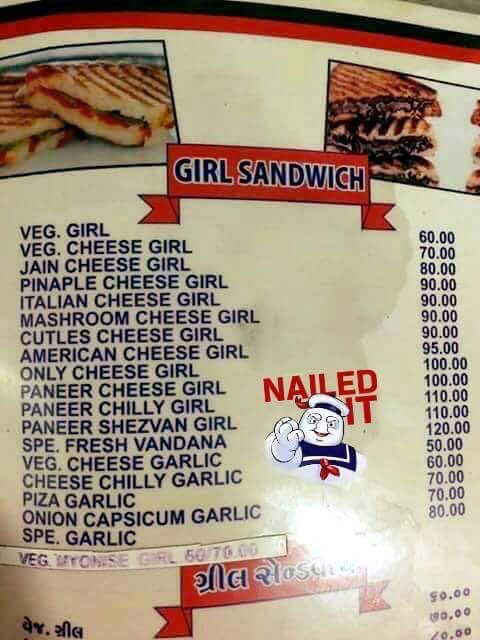 Is he for Trump, or is he a mess?
Is he a tool for the yellow press?
Was his timing coincidence?
Florida Man. Florida Man.
🎶 🎶 🎶 🎶 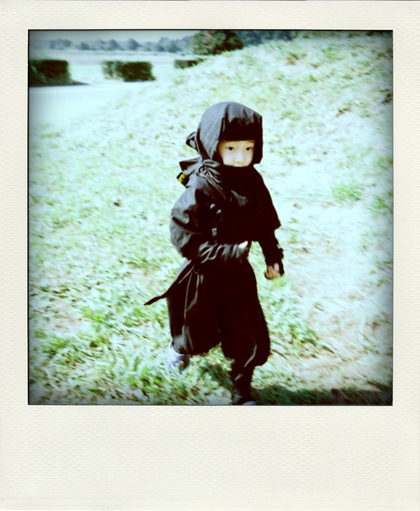 The Japanese remake of Charlie’s Angels was cut short when Mamiko Asō (center) accidentally blew her right ear off while shooting this promotional picture. (not really) 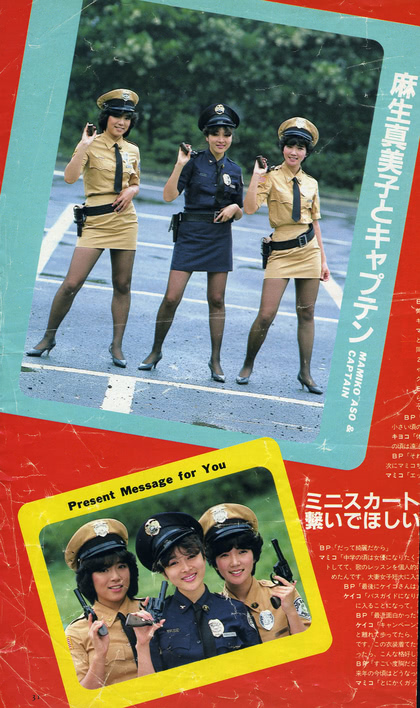 Even after this incident, her backup singers were a bit confused on the concept of gun safety… 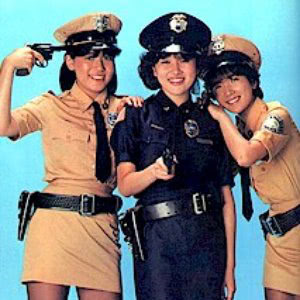 My mental picture of how the writers were hired for the new season of Doctor Who runs like this:

“And last but not least…”

“Any SF experience you want to tell us about?”

“Nope. I don’t have one. Just saw the ad and thought it looked fun.”

Finally got around to trying to finish “Rosa” on the re-recorded version. Bailed at the “lucky winner” scene. Oh, FFS.

Found this week’s “Arachnids in the UK” better, with some nice characterization for Graham (apparently tight close-ups are this season’s theme, kind of like Missy but less murder-y), but I set it aside sometime after not-Trump told Yaz’s mom “you’re fired”. I’ll likely finish it, but seriously, ya had to go there?

"Why would I want to tie up boys?"

Pro tip: if you search for “cotton rope” on Amazon, don’t browse the “people also bought” section at work. Especially if the rope is from a company called BON​TIME. My favorite was the “travel yoga and exercise kit” that included cuffs, collar, and two spreader bars.

It was great weather for trick-or-treating, and I didn’t hear about anything that would keep the kids off the streets, but instead of last year’s 126 candy bandits, I had, well, less than the number of pictures in this cheesecake roundup.

For future reference, the bulk bags of candy at Costco do not expire for at least five months, with some of them having sell-by dates as late as July and August 2019.

So, stop by my office for free candy. Every week. Please. 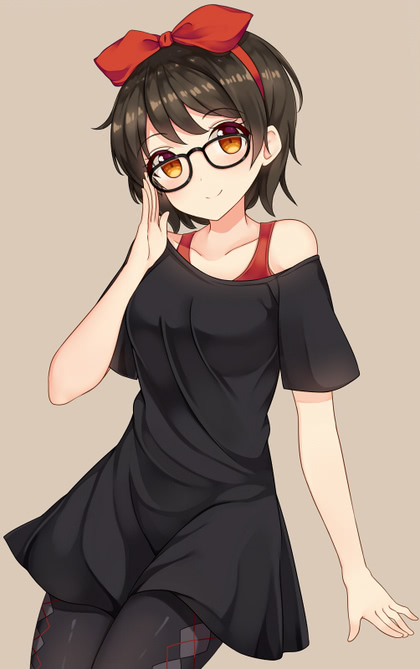