Is there any franchise they've missed?

I think the Bond Golden Girl figure is in poor taste, but I confess I’m a bit tempted by the Dark Willow.

If I’d known there were girls like this in Japan in 1984, I’d have found a way to get there… 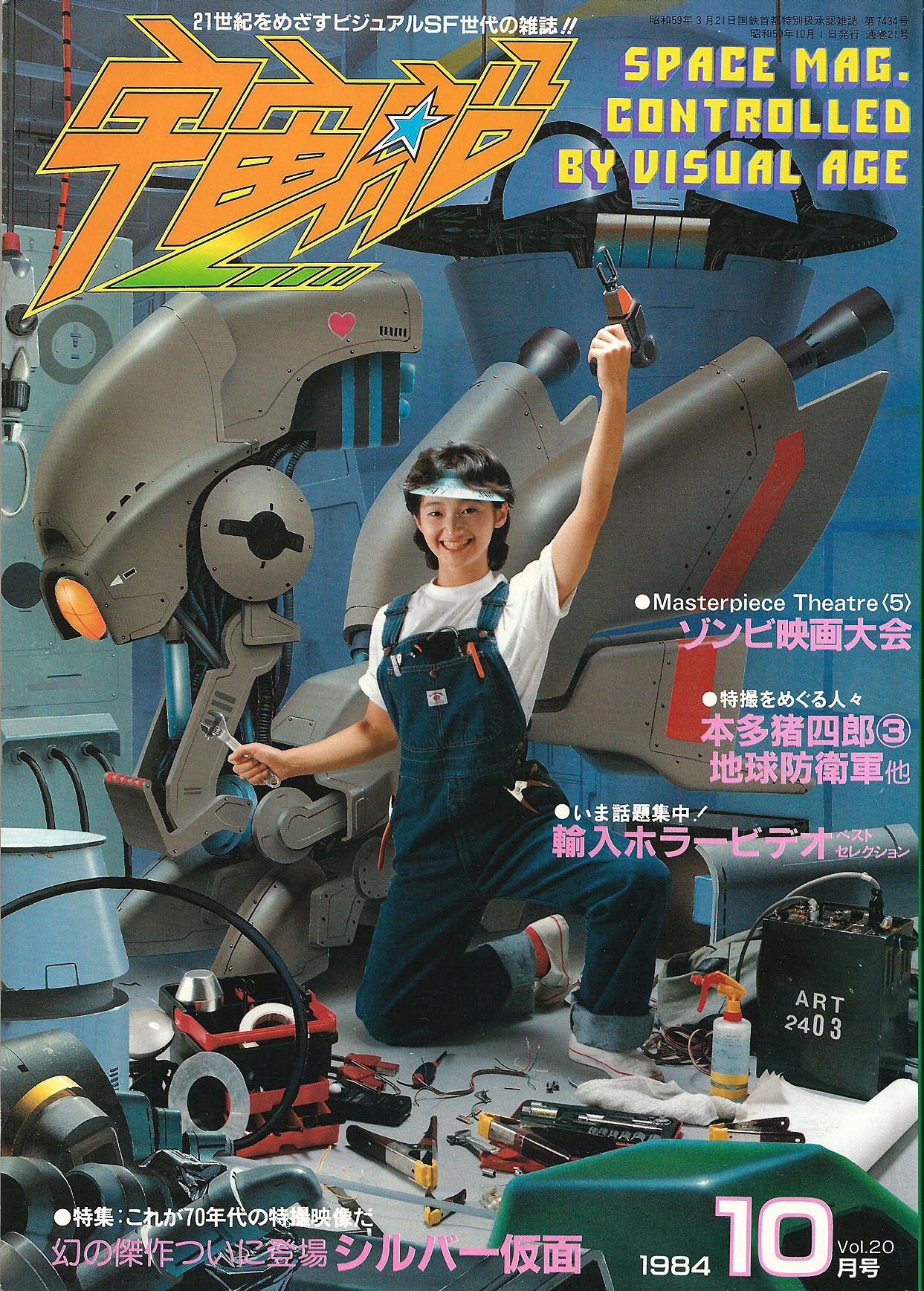 She should sue her parents...

…for not teaching her “don’t play in traffic”:

Mariana Flores, a sophomore at UCSD, was demonstrating against Donald Trump’s victory on a busy San Diego freeway when a vehicle hit her. The accident crushed her pelvis, fractured her leg, and caused other serious injuries…

Flores, in her suit filed in late November, partly blames campus officials for her injury, arguing they should have stopped the protest before it got dangerous…

Pity this happened in California, where she’s sure to get paid off instead of laughed out of court. Seriously, how do you get to be old enough for college without knowing that running out into the middle of I-5 at night is a bad idea?

Still one of my favorites, under any title, and Should Not Be Remade! 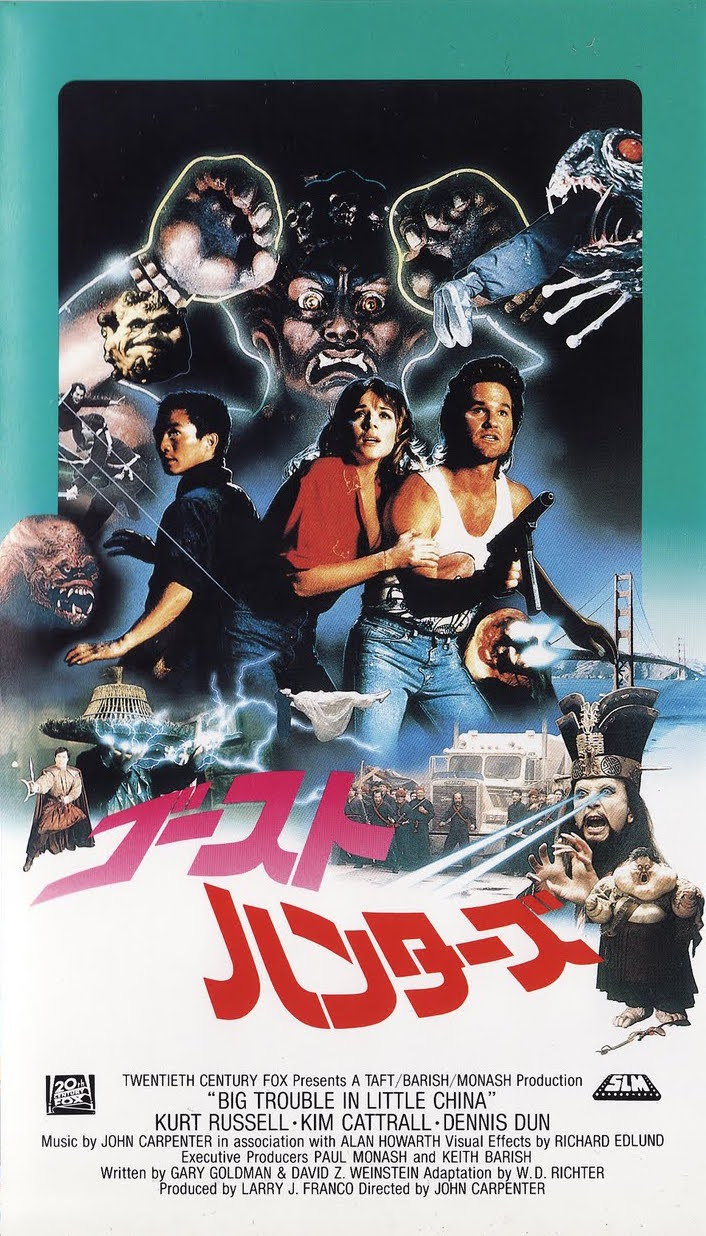 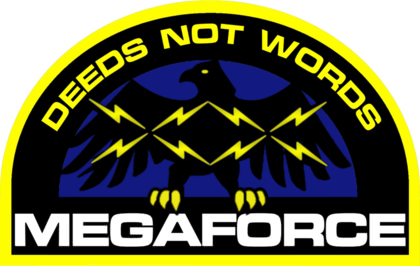 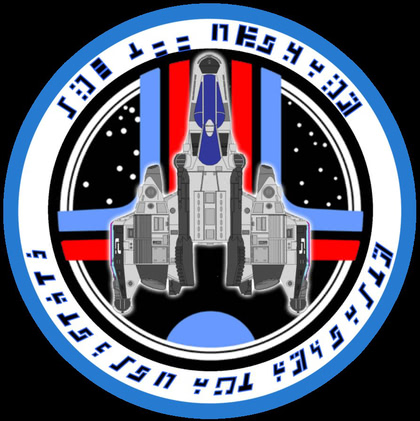 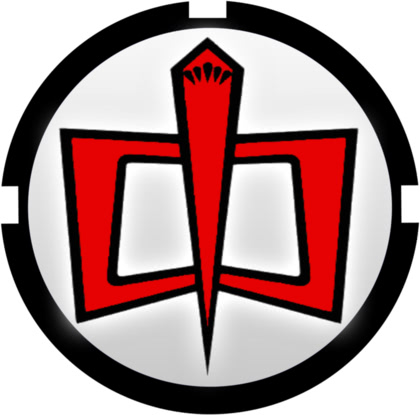 The Naming of Macs...

There’s a new MacBook Pro waiting on my desk when I get there today. It needs a name.

My first MBP at this company was named Exodar. Once I purchased a much-faster personal one with a Japanese keyboard, named Togetsukyou, I mostly used it for testing and virtual machines. Both flaked out years ago, and almost precisely three years ago they bought me a new one, which I named HelloParty. That one is down to one working USB port, which I should be able to get fixed under AppleCare after I migrate to the new one (giving me a good test machine again).

My initial thought, due to the fact that it has the non-tactile touch-strip that replaces the top row of the keyboard, was to call it NoEscape, but that would get depressing after a while.

Currently I’m thinking either Macchi or Sakie. Leaning a bit toward Sakie, because as a laptop it won’t be running headless…

Sort-of-contest extended, because it turns out the Mac that arrived wasn’t mine! I was getting ready to start migrating all my data over, and mentioned being sad about only getting the 512GB SSD instead of the 1TB I wanted, and one of the other guys said, “no, we got approval for the 1TB SSD; this must be someone else’s.”

Because I bought 15 feet of strong velcro, I must need instant oatmeal. Right, that seems obvious.

Apparently there was an OVA followup to the series, released with a limited edition of manga volume 9. I don’t see a sub, but the 480p raw is available. It seems something’s amiss with Hayakawa… 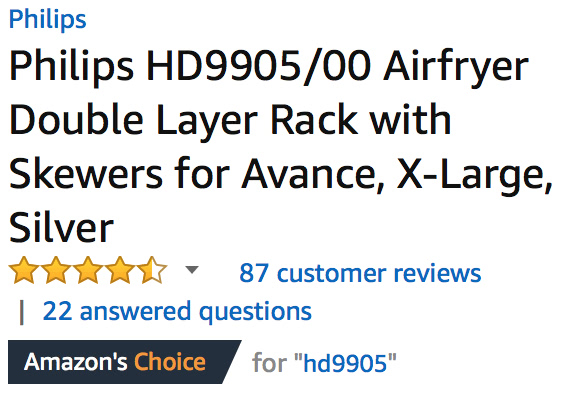 Next time you update the MacBook Pro line, could you add an option for a decent keyboard? Maybe call it the MacBook Dev, for use by people who do more than fingerpaint on the trackpad. I just finished migrating all my work stuff over to a new one, and while the completely-non-tactile (and mis-positioned) Escape key is the worst part, the physical keys aren’t that much better. At the office, I’ve got a CODE Keyboard hooked up, but at home I tend to use the built-in.

Well, I did, when I still had a laptop I could type on.

And this is going to sound odd coming from me, but it’s too damn loud. Mind you, I go out of my way to buy the clatteriest mechanical keyboards I can find, but this thing annoys me because it sounds hollow and cheap.

While I’m on the subject, if the only port you’re going to supply from now on is USB-C aka Thunderbolt 3, could you possibly produce adapters and accessories that aren’t ranked worst-in-class? The only ones you make that don’t have a terrible rep are the power brick (which no longer comes with a cable…) and the Thunderbolt 2 adapter.

No theme this time, just the first batch of pictures out of the leftovers folder that caught my eye. Haven’t done one of these in six months, and I’ve got around 1,500 images I never used. 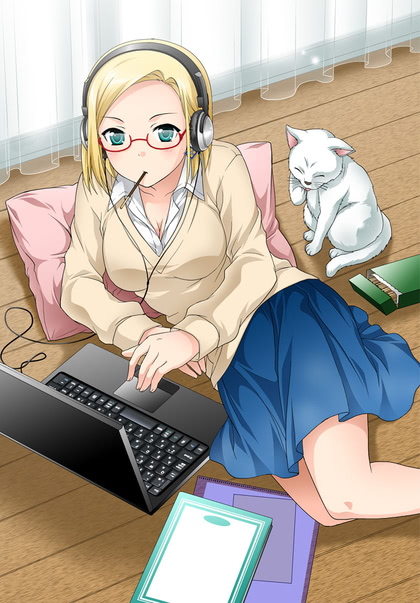 In the App Store, I searched for “philips hue”. Under related searches, the first choice was “girly wallpapers” and the second was “girl wallpapers”. Not sure if they meant my naughty novel cover art desktop wallpaper or not…

The Touch Bar on Apple’s current MacBook Pro line was obviously a solution in search of a problem. Unfortunately, the designers were so in love with their hideous mutant child that they didn’t look at how people actually use the top row of keyboards. More likely, they simply assumed that everyone uses keyboards the same way they do, the same arrogance that leads to using low-contrast tinyfonts everywhere.

The Escape key has been annoying me all weekend as I’ve gotten my work stuff migrated to the new machine, and I finally sat down and carefully tested it to understand why:

the Touch Bar isn’t tied into the keyboard buffer

That is, if I type three keys in a row, they will be processed in that order. If I press a “key” on the Touch Bar and then type two keys, the Touch Bar “key” is often the second result. So instead of typing Esc-x, about a third of the time I’m typing x-Esc; more if I’m in a hurry.

And the only “solution” available is to convert one of the other modifier keys into a physical Escape key. And they’re all in the wrong place for muscle memory.

There is no reason other than prettiness (or pettiness) that the Touch Bar doesn’t have a physical Escape key at the left edge. It does have a tactile key on the right edge, even though it sits flush. 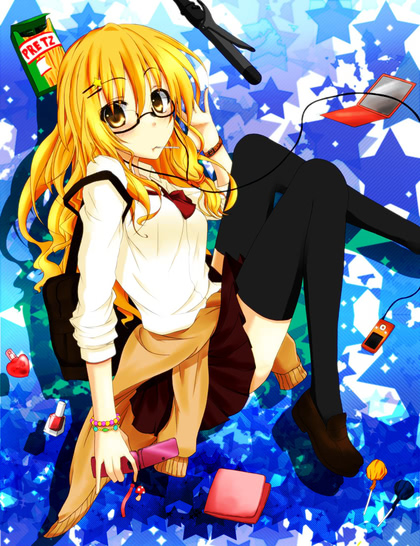 I’ve been reworking the code behind my random word generator, to generalize the methods of modeling the source word sets and creating the output. The first fruit of that is one tuned for Pinnacle’s new Savage Worlds Of Flash Gordon RPG (slowly trickling out for Kickstarter supporters, and being vigorously edited on their forums).

For the source file, I took every Mongo-ish name/word I could find from the original comic strips, series, and movies (all hail the concept of wikis), and added everything Pinnacle has created in their new books. They’ve done a great job of mixing their own names with the originals, IMHO.

Unfortunately, it’s still a fairly small set (285 words at the moment) with wildly divergent phonetic patterns, making it unsuitable for either trigrams or n1grams, so I kept the lessons I learned and threw away most of the code, creating a brand-new digram-based generator that preserves more flavor than the obvious implementation.

As configured, mongowords can generate at least half a million distinct words, and even at the end of the list, a fair number of them are usable. With the new code, it will be easier to merge back the full feature set from the old one, while supporting a wider range of generation techniques.

Now that that’s out of the way, back to finding errors and tyops in the new rulebooks! 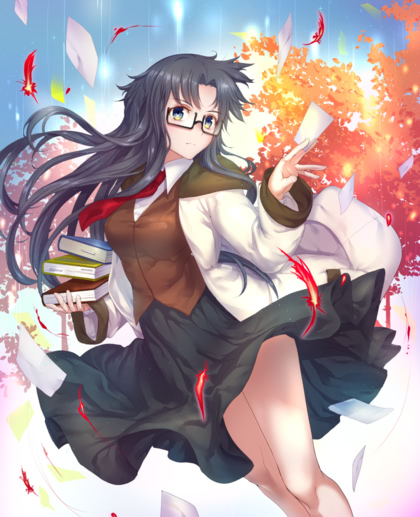 "Alexa, let there be light!"

I bit the bullet and started moving to LED lighting at home. While I’m generally opposed to the Internet of Things, a few people I have reason to trust spoke well of Philips Hue smart lighting (in particular, the fact that it gets updates), so I picked up a starter kit on Amazon and gave it a try.

After playing with it for a while, I picked up some White Ambiance flood lights at Home Depot to start replacing the mix of incandescents and fluorescents in my ceilings, and some more White ones for outside. I also added a wireless dimmer switch (for the stairs) and motion detector (for the garage), and set up the Amazon Alexa integration. I’ll probably add another motion detector and a few more switches before my parents come out in March, since they won’t be used to calling out the names I’ve given to each lighting area.

While planning out the number and type of lights I’d need, I realized I had a way to use my most peculiar Christmas present: an eBay gift card. Sure enough, a number of dealers with good histories have new-in-box Hue lights, so I ordered some floods and A19 bulbs.

The floods arrived yesterday, in new-looking packaging, but the seal on one of the boxes looked like it had been opened and resealed. Sure enough, both boxes contained Hyperikon LED bulbs rather than the promised Philips Hue, and no, they weren’t even smart bulbs.

I have done the seller the courtesy of assuming that this was not an act of deliberate fraud (by them; obviously someone’s a scammer), and requested a “wrong item” return, sending them pictures of the shady seal and the bulbs. If they haven’t responded appropriately in a few days, I’ll post their name and start the dispute process with eBay. Fortunately this only affects the family room, so as long as the other eBay seller doesn’t screw me, the rest of the place will be done.

…except for the bathroom lights, which have these stupid multi-globe-bulb fixtures that will need to be replaced; no way I’m buying 21 LED smartbulbs to light 2.5 baths. In fairness, though, I haven’t had a single one of them burn out in 18 years.

Only 1,388 more in the leftovers folder! I figure by the time I get it down to about 500, I’m sure to come up with a new themed cheesecake post… 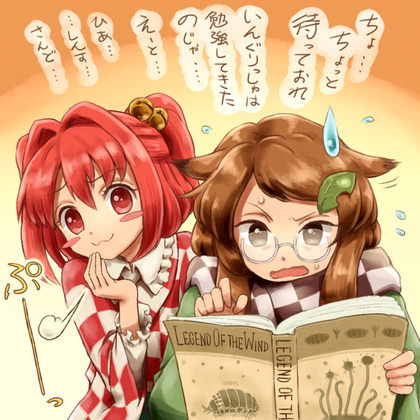 The automatic cat feeder on the front porch is sturdy enough to survive an assault by a raccoon, but not so heavy that he can’t drag it six feet across the porch and give it the old college try. I was wondering what the hell was going on out there in the wee hours this morning, and a quick check of the Arlo cameras cleared it up.

I already knew not to let it dispense food at night, since I caught a pair of possums on video a while back, but I didn’t know we had raccoons in the neighborhood as well. I’ll have to scoot the heavy bench over to wedge the feeder into the corner more firmly.

In related news, Whitefoot has claimed the cat bed on the bench, relegating Scrawny to her old chair cushions. The coup must have been recent, since she was using it last week. I think I upset the balance when I threw away the bench cushion that somebody used to register their dislike of the turkey flavor wet food.

Also, they’ve pretty much forgiven me for leaving them with only the dry food while I was in Chicago for Christmas; Scrawny actually purrs while she’s getting her morning skritches, and will delay eating until she’s had enough affection.