Aligned with my interests...

Nikkan Sports has quite a few photo galleries that may be of interest. Some of them may even feature sports. They “protect” the pictures with the usual stupid disable-right-click Javascript, which will keep them from being downloaded for a fraction of a second.

I never actually made any money off of being an affiliate, but I know that a lot of people depended on it, and now that California has backed down on their tortured redefinition of “nexus” (pending federal clarification on how sales tax collection should work), they’re back in business.

For the past several releases, Mail.app has had a problem where it creates multiple offline drafts of a message that stick around after the message is sent successfully. Usually, I just clean them out when I spot them, no big deal.

Today it happened with a message that contained a number of rather large binary attachments (~30 megabytes), which I was sending to my Sony Tablet as a test. The test went fine at the office, but when I got home and plugged my computer in, the Internet went away.

Mail.app was frantically trying to upload four copies of the huge draft message to my IMAP server, and completely saturating my uplink. The only way to fix it was to force-quit Mail and empty out the contents of the .OfflineCache directory for that account. This was, of course, not the first solution I tried. Grrr.

Begun, the IR Wars have

Sick of nitwits playing with a TV-B-Gone, or maybe you don’t think it goes far enough? Jam the IR spectrum to disable all remotes.

I just finished reading book 9 of the Destroyer series on my Kindle. From inside the book, I clicked to go to the Kindle Store, and my recommendations were:

All praise for filling the list with things I’m actually interested in, but do you think maybe you overdid it a bit on the Destroyer novels, especially since the one I’m most likely to want right now isn’t on the list at all?

At a guess, the metadata simply isn’t up to the task of identifying series relationships, and I’m seeing the usual “you just bought a nice watch, so you must be interested in buying a dozen more nice watches” problem.

Also, while I’m pleased that I finally have my Kindle recommendations straightened out, I sigh in despair at the weeks of Android-app-recommendation cleanup I face after buying some apps for my Sony Tablet.

[Update: it seems book 10 is the only one in the first fifty or so that isn’t available for Kindle yet.]

Setuid bits at half mast

"I feared that the committee would decide to go with their previous decision unless I credibly pulled a full tantrum."
-- dmr@alice.UUCP

I said, “Find me a picture of Seven of Nine”.

Siri passed the request on to Google, who came back with this: 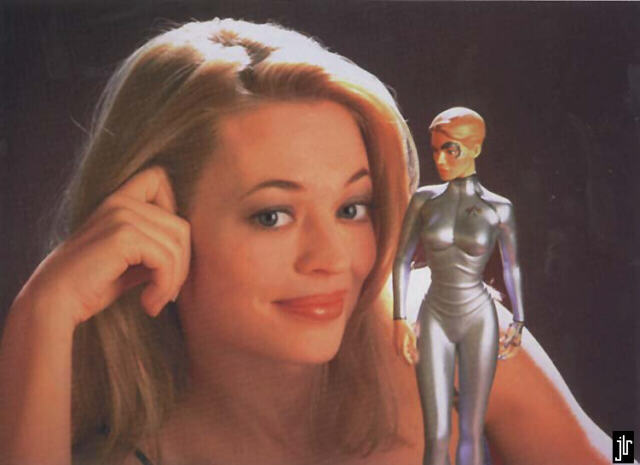 From the comments on Macintouch:

"How much other Lion functionality depends on guessing that if you wave the rod with the star a crystal bridge will span the chasm?"

Working around the limitations...

Siri has a bit of a problem with foreign names.

I don't want to know how they handle streaming...

Still “no thanks”, except maybe for pictures of the actress playing Kasumi.

OWS, the gift that keeps on giving...

…unless you’re, y’know, actually homeless, instead of being a contributor to the new society:

For three days beginning tomorrow, the cooks will serve only brown rice and other spartan grub instead of the usual menu of organic chicken and vegetables, spaghetti bolognese, and roasted beet and sheep’s-milk-cheese salad.

Don't be a serial-comma killer

I respect this maid cafe’s name. Quick review by Danny Choo (as the first destination on a whistle-stop tour of an otaku-centric corner of Denden Town).