This is supposed to be a news story?!?

It would never have occurred to me that some people would expect the primary use of that money to be cash handouts (their words), and that this would be so important that it would be the leading complaint in a story that goes on to mention the 12,000 dead, 15,000 missing, and 160,000 living in temporary shelters.

Silly me, I thought you’d want to spend that money in an organized fashion on things like food, water, shelter, portable generators, medical care, search and rescue, etc. The Red Cross does give out cash, but that isn’t all they do, and it isn’t what they do first. Apparently media foolishness is not limited to hysterical screeds about nuclear armageddon.

(Now, I have no objection to money being given to the folks whose homes, lives, and families were destroyed. If that’s the best way to help them right now, then by all means give them the money. But how much does a journalist in LA know about helping people?)

But what’s it for?

Now, I’m not saying that the “Xfinity” thing hasn’t persuaded consumers into thinking you’re all shiny and new again, but if you wanted to do one tiny little thing that would show everyone a commitment to quality in one component of your “triple play” deals, perhaps you could pick up the May 2011 issue of C_ns_m_r R_p_rts.

And then pick up the company they rated as the best in that category.

Interior Design: if it saves just one life...

"By not allowing interior designers to be specialists and focus on the things they do, what you’re basically doing is contributing to 88,000 deaths every year."

Yes, it’s true. This person is actually a licensed interior designer, testifying to the Florida legislature about the dangers of allowing just anyone to choose fabrics.

There are more juicy quotes from people who both teach and study this and other life-or-death professions, and who are desperate to keep just anyone from engaging in pillow-selection, hair-braiding, fundraising, water-cooler vending, dance instruction, furniture moving, etc.

Nothing like last month’s monster, but bigger than all but 5 of the aftershocks in the week that followed it. The USGS report gives an epicenter just a few miles offshore, and other reports say the accompanying tsunami is expected to top out at 2 meters.

The lighting in my cubicle isn’t that bad!

Now I want to jailbreak my car...

My Camry Hybrid is for the most part a sedan that happens to be a hybrid, not a Lifestyle Statement that apologizes for being a car. With just under 2,000 miles on it now, it’s averaging 37.5 miles/gallon, and delivering a quiet, comfortable ride. Operationally, it’s just a car, and the only “green” button you can press is one that’s hidden from casual view, that merely reduces the effectiveness of the heating and air-conditioning. I will never press this button.

On the big screen, you can pull up the animated picture of where power is coming from and going to, as well as a bar chart of the current trip’s average mileage, but this is more to amuse the front-seat passenger, since you shouldn’t be looking at the silly thing while driving.

For the driver, there’s an analog gauge with a lightly-damped instantaneous MPG needle, and a small LCD that can show estimated range, long-term average MPG, battery charging/powering animation, and a little “eco drive level” score chart for the current trip (as well as exterior temperature and odometer). When your score changes significantly during the trip, it will briefly switch to that screen before returning to your chosen setting, but otherwise it stays out of your way.

Yesterday I noticed something else it does with that screen. When I arrived at the office and put the car into the park, it switched to the score chart and flashed “Excellent!” at me, praising me for my perfectly ordinary highway driving. I guess they needed to do something to replace the Prius’ smug filter.

The effect on me was perhaps the opposite of what was intended, though. It made me want to drive badly, just to see if the car would scold me, or simply offer less exuberant praise. Is it a stern taskmaster, or a feel-good peer-group-promotion union teacher?

And I found myself wishing that bland statements like “Excellent” were replaced with audio prompts like the ones in Unreal Tournament: “Rampage!”, “Double Kill!”, “Multi Kill!”, “Unstoppable!”.

If you’re going to make a game out of optimizing your mileage, it should at least be a fun game…

Why is it that the slender, flat-chested girl is always named Futaba? Because that’s what the name means: 双葉 = bud, sprout.

With that out of the way, perhaps a better question would be why busty, unable-to-confess childhood friend Manami’s last name is written 金武城 but pronounced as if it were simply 金城 (which, incidentally, is a word meaning “impregnable fortress”). It’s unusual enough to get furigana in the original novels, since if you were to use the likely reading for all three kanji, it would be Kin-bu-jou, but it’s simply Kin-jou.

But it turns out you can read 金武 as Kin. And there’s a city by that name in Okinawa, that happens to be the location of the US Marine Corps base Camp Hansen. Surely this is simple coincidence, and has no connection whatsoever to Okinawa gun-nut Manami, who was training to join the CIA…

And is it wrong for me to want someone to make a Jens figurine?

Their claimed excuse is that it’s cheaper to photoshop the meat out of stock photos than to hire professional food photographers, which is likely true, but also quite irrelevant. I think they’d be much better off if they simply admitted that they had to resort to fraud to make vegan recipes look appetizing.

The outrage from their duped customers is predictable, and hilarious.

Okina Kamino, the author of the Asobi ni Iku Yo! novels, has released the full text of his first novel online. It apparently has mechs and magic in an Okinawan setting, as well as an earlier version of the character Ichika who crossed over into AsoIku. I don’t know if it’s any good, but a non-DRMed ebook is a lot easier to work with for someone whose Japanese is not fluent, and this one is just clean HTML (er, make that “slightly crufty HTML”) with furigana.

[note that when I say “his”, I’m relying on Wikipedia’s gender identification. “Okina Kamino” is a pseudonym, and while Okina is usually a feminine name, in this case it’s written in katakana, and the author is apparently the only native Okinawan light novelist.]

While I’m linking, the illustrator for the AsoIku novels posted some character portraits on his blog, including a school-swimsuit shot of the captain and doctor in which they shatter the Rushuna barrier (amusing, but not as pleasing to the eye as the Chaika/Melwin picture).

[Update: I sanitized the HTML so I could preserve the supplied furigana when importing into my scripts, and was a bit surprised not to find anyone named “Ichika” anywhere in the book. Searching for cat ears located the character, but she must be called something else.]

A great disturbance in the Force...

…as if thousands of J-Pop idols suddenly cried out in terror, and were suddenly looking for new careers.

That is, it appears that Girls’ Generation is once again making the local talent look like badly-dressed backup dancers. Hasn’t Japan suffered enough recently?

Remind me not to order anything else until things stabilize enough over there for shipping costs to come back down. Ow, my aching wallet.

Also, WTF with the limited edition of the Dream Morning Musume album? It was never up for pre-order, and on release day, by the time I finished getting through the checkout process, it was out of stock and only available through Marketplace dealers who won’t ship to me.

[Update: my order was split into two shipments, with 6 items coming from Osaka and the other 24 from Tokyo. They managed to reach Hong Kong two minutes apart, departing four hours later for San Francisco. I figure I’ll see them Tuesday morning. Annoyingly, the limited-edition DoriMusu album is once again in stock and orderable, grrr. I didn’t want to risk it suddenly disappearing again, so I quickly finished the order and had it sent alone. Ouch.

I understand that you can’t treat limited-edition items as normal back-orders, but they frequently don’t even handle pre-orders well. My suspicion is that the problem is a flaky distribution chain that isn’t reliably delivering the quantity that Amazon orders, and not just for limited editions. Note that this is not a “big quake” issue. I’ve been seeing it for quite a while, so I think Japan’s well-padded and obsolete distribution system is reacting badly to Amazon’s success, and this is similar to the legal obstacles that keep them from offering deeper discounts.]

[4/25 3pm update: DHL delivered them today. So while the price was painful, the service was excellent.]

…has a romanizing button.

They use bigger fonts.

Here is the data that Sony is sure has been compromised if you have a PlayStation Network Account:

“​…although Sony is still unsure about whether your credit card data is safe.”

If they got the credit cards as well, Sony is in for a world of hurt. 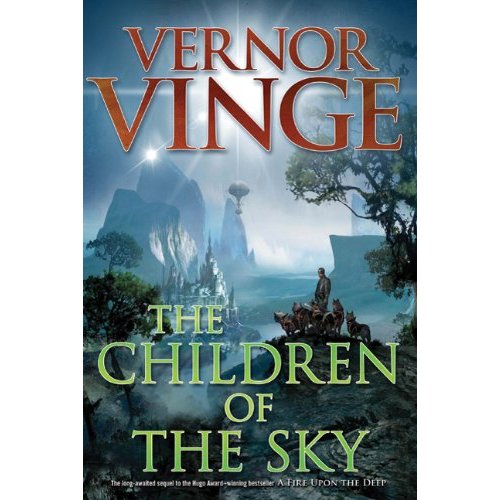 I always thought the next one should have been called “A Sky Full of Fire”, but I guess he’s not ready to write that sequel yet.