Reading the JustHungry food blog, I discovered that there’s a serious shortage of butter in Japan. The author and commenters speculate on reasons why, but fail to mention the one I thought was obvious: import tariffs. After all, New Zealand is practically made of butter, and it’s a major trading partner.

Sure enough, dairy is a protected industry, and there’s a 35% tariff on imported butter.

Every copy I found of the song from The Jungle Book had embedding disabled, so please imagine this playing in the background as you appreciate the bearly-clad Hikari Agarie below the fold. Not Safe For Mowgli.

Why is the Kindle edition of a 15-year-old Banks novel selling for $15.99? Why is the trade paperback of it selling for $21.59? And, why, for the love of all that’s Culture, is it currently #9 in Star Trek adaptations?

Mind you, I think $9.99 is a bit high for the other Culture novels, but Look To Windward doesn’t stand out as being worth 60% more than the rest. And it’s not like you let Amazon set the price. 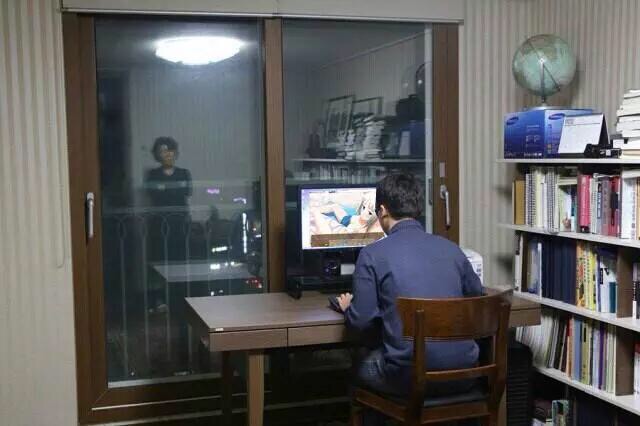 When a disk fails in a RAID array, the primary risk associated with replacing it is that another disk will fail before the replacement is fully populated. At which point you’ve lost all your data.

So you can understand my concern yesterday morning when, as I was walking into the computer store to buy a replacement SSD for a machine that had failed unexpectedly, I got email from a NAS reporting a failed RAID5 disk, and discovered that I had two servers to fix.

The good news is that the RAID array finished rebuilding successfully while I was rebuilding the server that needed the SSD replaced.

The bad news is that as soon as I finished the long drive home, I got email that the brand-new disk I’d just installed failed. Crib death is possible, but this time the GUI wasn’t responding reliably either, and a root shell on the NAS got hung when I ran dmesg. Which means it was the 5-year-old NAS itself failing, and the disks were probably fine. If I could get them swapped into an identical chassis. That part will have to wait until Tuesday, since while I could buy something today, Amazon Marketplace can’t get me a ReadyNAS Pro 6 on Labor Day.

I’d be more upset if the NFS mounts weren’t still working, allowing me to copy most of the data off to random free space elsewhere. I haven’t quite come up with 8.3TB yet, but a lot of that is archived logs that may have to wait.

Oh, and the original, unrelated SSD replacement? I’m still babysitting that one, too, since the system involved is a fairly gross hack, held together with twist-ties and bubblegum.

My holiday weekend is going just rosy, thanks. How’s yours?

“I am Tigger MacLeod of the Clan MacLeod.
I’m the only one.”

Not the usual bowtie bunny-girl, but sufficiently NSFW to go after the jump.

Somebody asked me the difference between ai, koi, and suki/daisuki, words commonly rendered as “love” in English, especially in anime and manga contexts. Here’s the short version I came up with:

You can suki pizza, you can ai your mom, but unless you're willing to stick your tongue in their mouth, don't say koi.

The more detailed explanation is that suki is simply typical Japanese cultural reserve and indirection. Suki: “X is liked (by me)”, daisuki: “X is liked a lot (by me)”. The difference between ai and koi is an instance of a general rule: if you have two words that appear to mean the same thing, where one of them is a Chinese-derived on-reading and the other is a native Japanese kun-reading, then the Chinese term is more objective, formal, and/or polite; the Japanese term is more subjective, personal, and/or casual, often describing feelings rather than reality. The historical basis for this is that the Chinese terms were imported and used by the upper classes and the government.

It’s easy to find a lot of examples where the two share the same kanji, but even when they’re different, like ai and koi, the rule holds up pretty well. Ai is your loving relationship to a living being, koi is your passionate feeling about someone.

Life lessons from my sister...

So that the rest of us could learn from experience, she shared:

Public Service Announcement for the uninitiated (and others, like me, who don't read labels on things like Bounty): They now make paper towels with dish soap in them. Don't use them to make bacon in the microwave. #justsayin' On the bright side, clean up was suprisingly easy ....

Update: In fairness, they do warn you, but who really looks at the label when buying generic items like paper towels? Unless you read the trade press, you’re as likely to expect dish soap in paper towels as you are jalapeño-infused toilet paper. 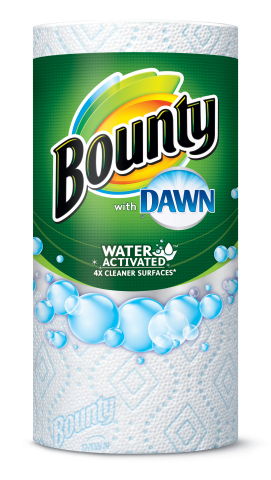 Not cosplay, this is Mikie Hara (NSFW) in the 2007 TV series Cutie Honey The LIVE. There are a few episodes on Youtube, and if you were expecting anything other than campy cheesecake with no-budget SFX, well, really, why? Amusing note: in a DVD-only episode, they cast Go Nagai as her father. 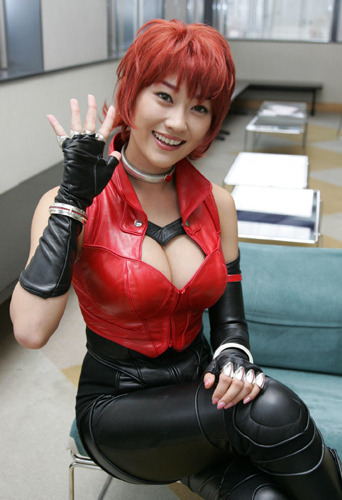 It’s still available as nine overpriced DVDs, but they decided to make a nice (overpriced) box set a few years back with a rather eye-catching cover (NSFW; did you have to ask?):

I’ve been reading good science fiction and fantasy recently, by which I mean “the sort of thing that used to get nominated for awards” (in some cases not that long ago, before the Nebulas turned into the Women’s Award and the Hugos turned into the Superficial Diversity Award). So, Bujold, Powers, Daley, Watt-Evans, Hambly, the Liavek stories, etc.

This has led to the discovery of all sorts of new short stories and novellas released as ebooks. Last night’s was Tim Powers’ return to the world of The Anubis Gates, Nobody’s Home. It’s a pleasant little ghost story featuring Jacky Snapp. A bit pricy for only 80 pages, but it’s not like anyone else is writing Tim Powers stories…

There’s an app for that: “A Lake Elsinore man was bitten by a rattlesnake Monday as he picked it up and attempted to take a selfie.”

Could have been worse, I suppose; he could have tried to get his picture taken with Hillary Clinton. 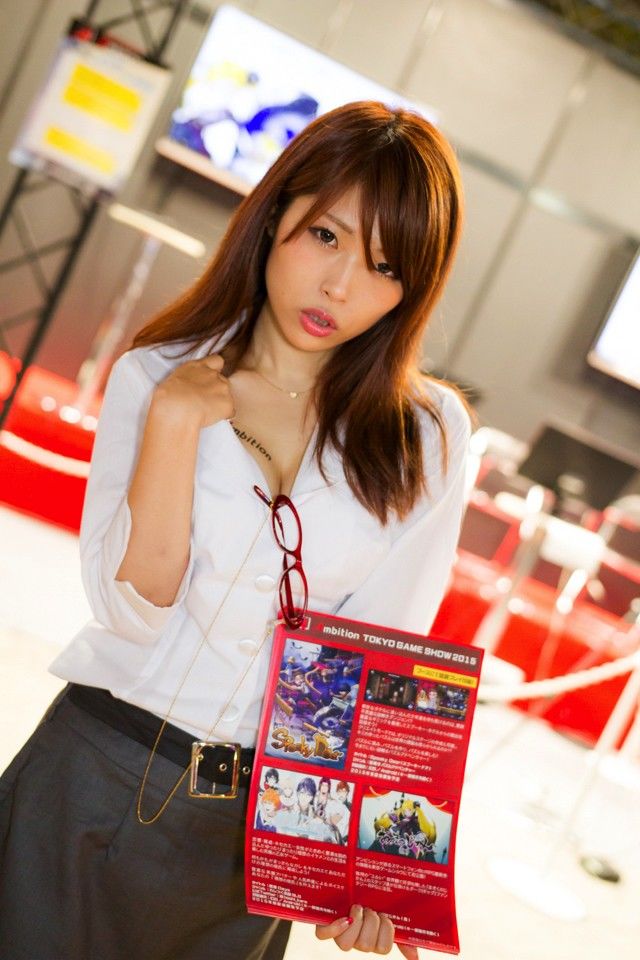 …and I love Aya Hayase’s twitter feed this week.

Yeah, go ahead, tear out my heart. It’s not like I was using it for anything.

Mikie Hara with a side order of Chiaki Sano (links NSFW, of course; would I let you down?). Now that’s amore. 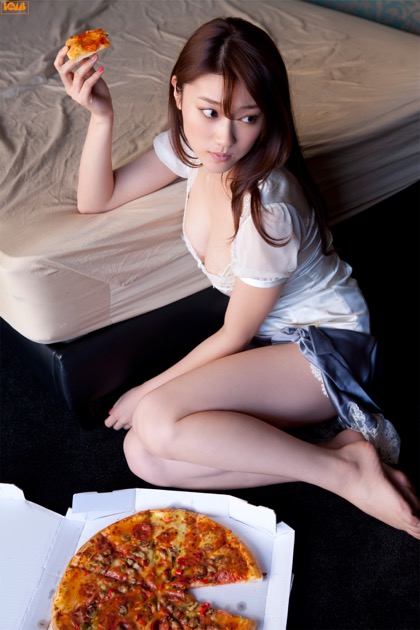 Pity it looks like they fed her Domino’s. At least Chiaki has homemade.

A movie that was more entertaining than its premise promised. Zero rewatch value, and about as quotable as a phone book, but a decent way to pass an evening, and free on Amazon Prime Video.

It really felt like I was watching a loud remake of Highlander. I kept quoting MacLeod and The Kurgan, and was honestly disappointed that the scientist/hostage/babe didn’t get to reenact Brenda’s bit from the final battle. I was so looking forward to Our Hero saying “what kept you?”.

I’ve been killing time with Plague, Inc on my phone recently, and after trying out a few names for my lethal creations, I think I derive the most amusement from calling it Kittens. As in “Kittens is about to wipe out the human race.”

And in the process of looking up their web site, I discovered it’s on Steam for Windows, Mac, and Linux now.

Update: “Hello!Project” makes an excellent name for a virus. As we know from my costume archives, they mutate rapidly. Unfortunately, it’s hard to get them to spread if you start in Japan. Must be the “no boyfriends” clause.

Duck invasion? Have no fear, Mizuki Hoshina’s on the job. 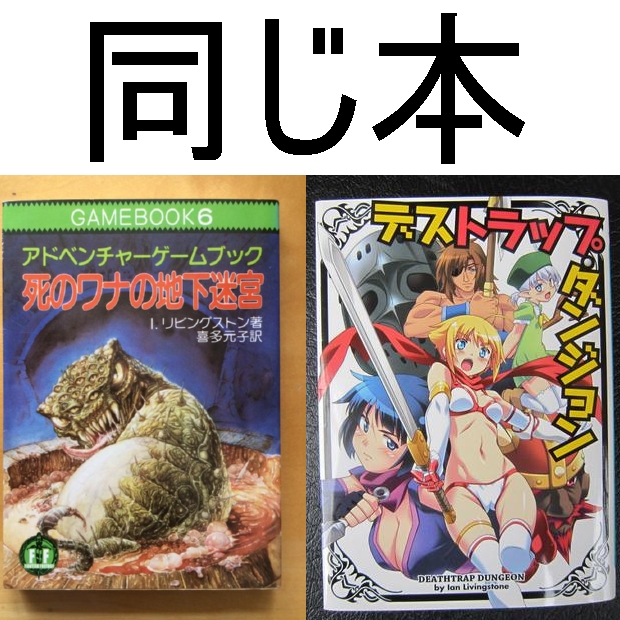 Update: a link to Ian Livingstone’s twitter feed, with more revised covers, and a sample of the interior art.

Punishment for the sins of my youth

I have no idea why Debbie Gibson’s “We could be together” has been going through my head for two days. But if I have to suffer, the world has to suffer.

Seriously, I don’t know what set it off. Maybe the disease in that last game of Plague, Inc. was a little more viral than I thought…

Also, the categories seem to be based on user-supplied tagging, so that things end up in unusual places. For instance: 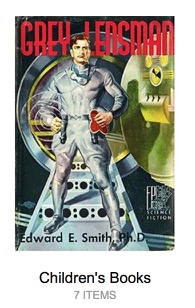 The 7 “children’s books” were: Zelazny’s Madwand, four of Smith’s Lensman novels, Sabatini’s Captain Blood, and some random guy’s Sherlock Holmes story. So, the representative image is something I don’t need to buy (an $8 ebook of a novel first serialized in 1939), the category name is something I don’t want, and the actual search results are mostly things I already own.

My actual wishlist for the Amazon recommendation system is a “less like this” button, so that the first N pages of results won’t be dominated by things related to a single recent purchase, like a watch, a box of coffee pods, or (ghod forbid) a Destroyer novel (seriously; never buy a book in a lengthy series (150!) without marking it “don’t use for recommendations”).