From the blog of Muku Flooring comes this charming picture of the statue outside Iwakuni High School Memorial Hall, a kendo dojo. It most likely predates modern anime, but would fit right in… 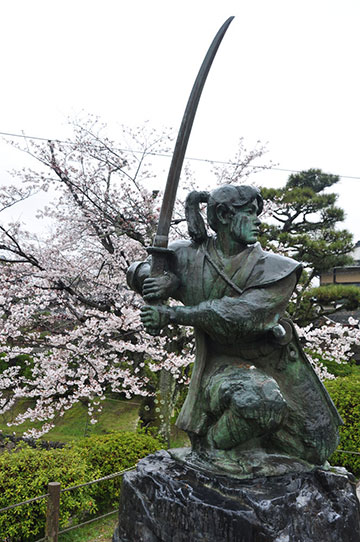 [Update: It’s Sasaki Kojiro, the opponent in one of Musashi’s most famous duels, the one that gave birth to the popular “carved oar” heavy training bokken. The statue is apparently a bit of a tourist attraction.]

Yes, I bought the Amazon Fire TV as soon as it was announced. It’s tiny, sleek, a pleasure to unpack and set up, and very responsive. I haven’t tried the optional game controller yet, but I did buy one, and you get a free game with it.

Also, it doesn’t appear that the Crunchyroll app has been ported yet, which means that the anime selection is mostly limited to dubs. I hadn’t realized how wretched the voice of Hermes was in the dub of Kino’s Journey.

[Update: I took it over to a friend’s house, and we couldn’t get any audio over HDMI, using two different cables. Works fine at my house, completely silent at his. We tried every option that was available on both his TV and the Fire TV, but no luck. I don’t see any mention of the problem anywhere yet, so it may be limited to a specific hardware configuration.]

The academic feminists who view everything through the lens of usually-imaginary oppression would surely not tolerate something like this if it happened to a girl:

A single woman over the age of thirty promises a young boy a ride in her beautiful boat, in order to get her hands on his magic flute.

So, the music video named Shy Boy by the girl-group Secret got matched to a 1931 movie named Local Boy Makes Good. Similarly, Hyuna’s Bubble Pop became the action/comedy film Knight And Day. Hoot, by Girls Generation, became the 2006 children’s film Hoot, and their song Gee became a Jane Fonda movie called Georgia Rule. Worst of all, perhaps, Leonard Nimoy singing Bilbo Baggins became the animated version of The Hobbit. In all of these cases, a four-minute video is being mistaken for a full-length ripped movie, based on some fairly vague keywords, and there’s no easy way to undo it; you basically have to start over to get rid of the downloaded image and phony metadata.

What we did before the Internet...

Noted scientist Kate Mulgrew and several actual scientists are horrified to discover that they’re starring in a quack-science movie (no relation to actual Quack Science, as practiced by all right-thinking ducks). For more fun, the person behind the movie is a Holocaust denier and frothing anti-semite.

But this is the best part (emphasis added):

Following confusion as to why Mulgrew, a life-long Democrat, chose to narrate the film scientists have described as "garbage", the actress posted a statement on her Facebook page denying she was a geocentrist or "in any way a proponent of geocentrism".

So, the author of this piece apparently believes “Democrat” is synonymous with “scientifically literate” and “possesses critical thinking skills”.

…it would mix footage from Re: Cutie Honey with this song:

This is not a 3D mousepad 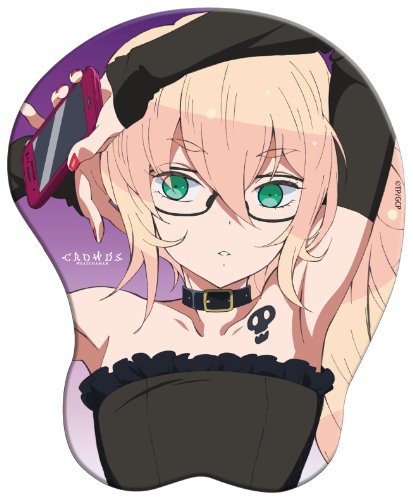 So we did our usual Shinkendo demo at the Northern California Cherry Blossom Festival, and while it went over well, the crowd was a lot happier to see the followup act, Performer Kana, a street performer from Osaka. Can’t say that I blame them. 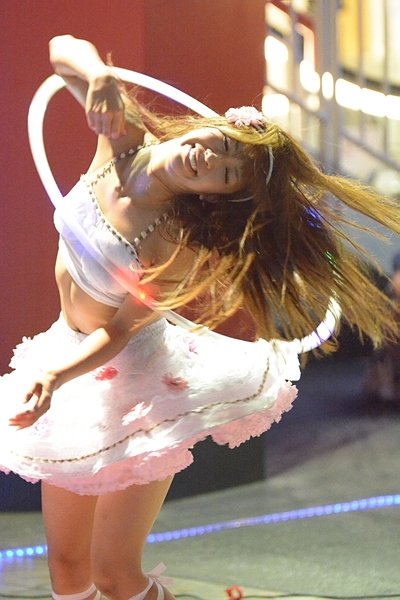 (picture from Oyaji no Hitorigoto blog)

She has some videos up on Youtube, and a blog.

The answer to Pixy’s question is obvious, but I felt that the Hillaryganda poster needed something a little stronger than her name to get the point across:

(moved under the fold, because Hillary)

CanCam dresses your girls better. Or, in this case, undresses them better, as Satan shows off a little bit of denim and a whole lot of Satan. Bonus: she’s not singing.

Interviewing you for half an hour does not make you a professional contact on LinkedIn. Stop with the invites. 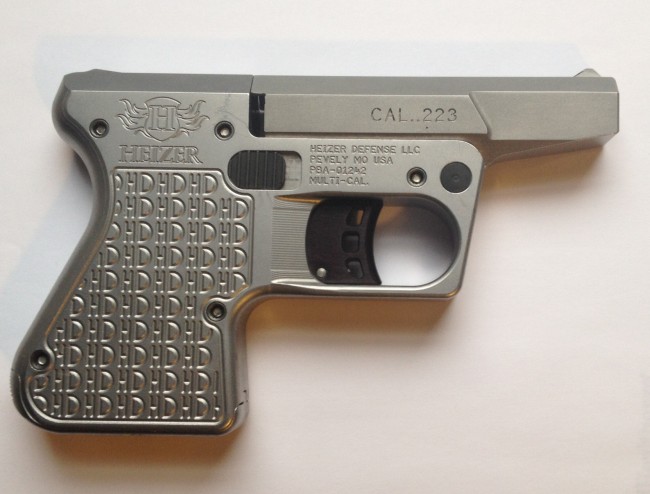