Headlines from The Crazy Years

I missed this a few days ago:

Cuba accuses UK of being anti-capitalist over plain packaging plans

Ah, those evil seductive tobacco labels. When this nonsense comes to the US, they will of course insist that colorful cigar boxes must be banned because they appeal to children.

The Bloggess explains it all...

There are reasons to read The Bloggess. Here are several:

“It’s like when you were six and you were trying to get money out of your piggy bank, but it didn’t have a stopper so you just turn the glass pig upside down and shake it violently and loudly as each penny drops out of the opening, but then it would get jammed with pennies and you’d have to sneak a knife out of the kitchen to shove it up the thin opening, and it totally worked, but then you wiggle the knife a little too hard and suddenly the glass opening of your piggy bank shatters and you panic and try to put the pieces back together because you instantly realize that the bank was worth way more than all the pennies inside of it, but you slice open your hand on the broken glass, and that’s when your mom realizes it’s gone terribly quiet and she walks in to find you cross-legged, wide-eyed, holding a knife and covered in blood, and she screams “WHAT HAVE YOU DONE?” as if you might have murdered your little sister, but you explain that your sister is fine and that you just got stabbed by the piggy bank, and that you’re really sorry and will take any punishment she metes out but that “it sort of seems like being stabbed is punishment enough,” and then your mom is like, “JUST PUT THE KNIFE DOWN, JENNY” as if you’re some small, terrible mugger who murdered a pig for a bunch of blood-soaked pennies.”

Apparently the folks who scanned Koharu Kusumi’s recent exposure in Cancam forgot to include the front and back pages of the insert. It’s obviously her, even before spotting the little beauty marks on her chin, so I wonder why they weren’t scanned. Then again, perhaps I don’t want to know…

I happened to be making a big order with Amazon Japan (~$500 in books and Bluray discs), so since that issue was still in stock, I threw it in. Lots of pretty girls pitching beauty products, as expected, so I’m not planning a subscription. By the way, the shipping for this order was a whole lot cheaper than expected, only $65; Amazon has apparently made some new international deals.

Skype auto-translation: this will not end well

Microsoft just demoed real-time translation in a Skype call. They wisely chose the relatively-compatible English and German languages for the demo, but there are so many ways it can go wrong even between such close cousins.

And when you think about expanding beyond the simplest cases, well, consider the following tray of meatballs: 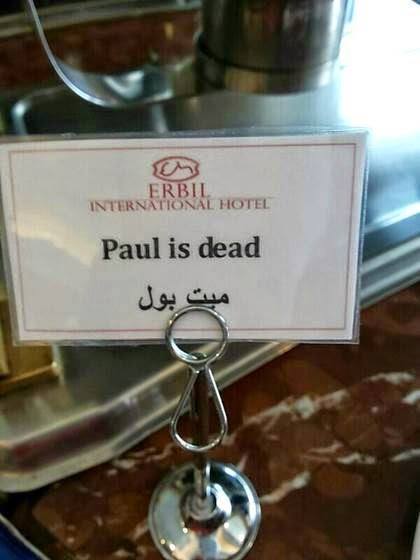 It looks like there will be a UK release in July, at least.