With apologies to The Weasel Patrol… 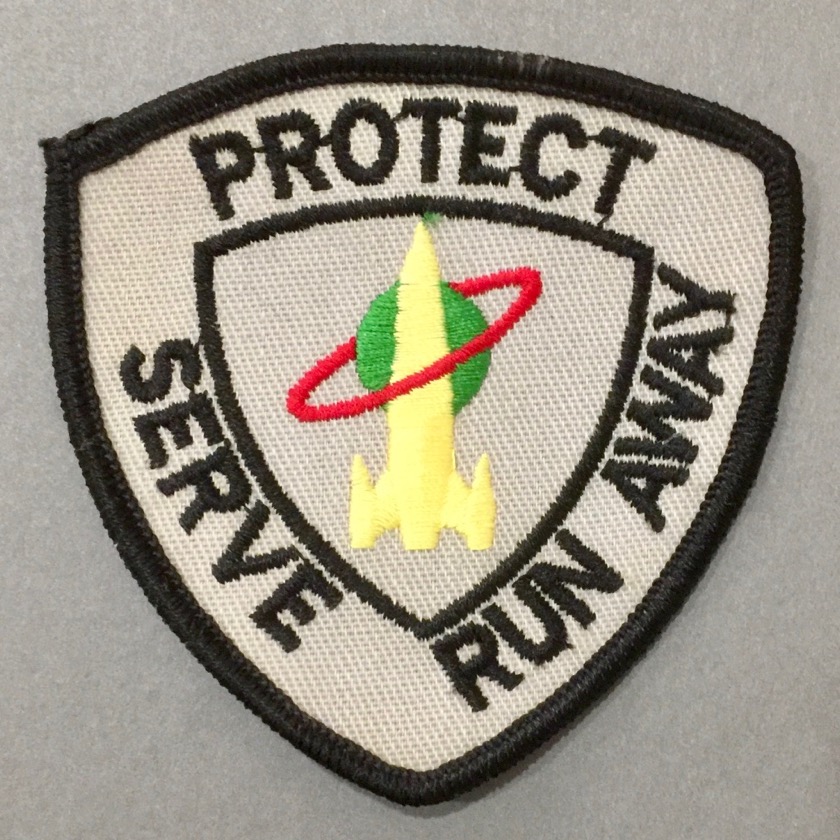 The Weasel Patrol graphic novel is available from Amazon. The patch is not.

You get what you subsidize, SF:

“We’re losing tourists. We’re losing conventions in San Francisco. All of this is happening because we aren’t addressing the root cause, which is we need more temporary beds for street homelessness.”

A CryptoSucker born every minute…

Is it just me, or shouldn’t it be obvious to anyone capable of rubbing two brain cells together that “Initial Coin Offerings” are a total scam?

Seriously, in this latest one, the con artists actually responded to a request from a potential investor with the following:

“To benefit from our service you have to invest in our LoopX Coin. Already proofen by other successful coins guaranties this the stability of our system.”

Yeah, that just makes me want to invest my savings!

So, as the fleeced gather together to attempt a class-action lawsuit, I’d like to remind them that judges rarely get involved when Pokemon trades go bad.

Evenings and weekends considered harmful! Just got this notification from work:

I wanted to send out a notice in case you are not aware—the AC in our office only runs Mon. to Fri., from 6am – 7pm. Our property manager does not automatically run it on the weekends, to conserve energy and costs. If you will be working on the weekend and would like the AC on, I would need at least 48 hours’ notice to give to our property management office. Please note that there is a fee for this so if you will only be in for a short time, I would recommend we not turn on the AC.

(this does not, of course, apply to our computer room air conditioning, or we’d have noticed really quickly…)

She should sue her parents…

…for not teaching her “don’t play in traffic”:

Mariana Flores, a sophomore at UCSD, was demonstrating against Donald Trump’s victory on a busy San Diego freeway when a vehicle hit her. The accident crushed her pelvis, fractured her leg, and caused other serious injuries…

Flores, in her suit filed in late November, partly blames campus officials for her injury, arguing they should have stopped the protest before it got dangerous…

Pity this happened in California, where she’s sure to get paid off instead of laughed out of court. Seriously, how do you get to be old enough for college without knowing that running out into the middle of I-5 at night is a bad idea?

With all the talk about “food deserts” (no large groceries within a mile) and the newly-invented “food swamps” (too much nearby fast-food), I thought I’d take a look at my town, which has its share of poverty (driven in large part by waves of low-skill immigration).

The official USDA definition of a “food desert” is a census tract where either 500 people or 33% of the residents are more than 1 mile from a supermarket or large grocery store (10 miles for rural). Basically the entire US circa 1940.

The Atlas shows two in Salinas. The first is a well-populated residential area bounded by Market, Capitol, Central, and Clark. The second one consists almost entirely of a golf course, a college campus, a bit of farmland, and an airport, and has two large groceries within half a mile.

Looking at the area around the first, the North edge is mixed commercial/industrial, with more residential past that. South is residential with scattered commercial, ending in farmland. West is more farmland, East is our tiny downtown, including the Steinbeck Center, a massive cinema complex, and lots of good restaurants.

A quick look on Google Earth confirms that the area contains mostly well-maintained single-family homes, with at least one car each, which means they can easily reach the Star Market, the Nob Hill, the Smart and Final, and the giant Costco that are all about 1.5 miles away (at least two of these have delivery options…). So, no, this middle-class neighborhood is not deprived of healthy food options. By the way, I drive by it on my way to the Nob Hill; it’s pretty nice. Zillow lists homes in this area selling from around $350,000 to over $650,000, and the appraised values are all in that range as well.

West of Salinas is a much larger food desert. It consists of an airport and a former military residential area, the latter of which is gradually being absorbed by Cal State Monterey Bay.

There are some giant “deserts” when you zoom out, but they’re mostly mountains, scrubland, and farms. Yes, Big Sur and Shasta are “food deserts”, gigglesnort.

Once upon a time, there was a grad student, pretty, bright, and lively. Let’s call her Fae, because that wasn’t her name, and I’m telling tales out of school. And I won’t swear to it that I ever got the whole story straight, or that I remember all the details today, over 25 years later.

Fae arrived in our department like a breath of fresh air, accompanied by her husband, a good-looking, likable chap, quietly competent in his field. Let’s call him Nick, because it’s kinda sorta like his real name if you play word-association games.

Everybody in our group liked them, and we were always happy to help with their computing needs. Nick was teaching, and Fae was working for us for a while, so she spent a lot of time hanging out in our area. Being both intelligent and decorative, she was always welcome.

They seemed like a great couple, so I found it a bit odd when she started sitting on my lap during her daily visits to my cube. She was warm and curvy and looked and smelled nice, so I certainly didn’t mind, but I never tested the waters, and the most I ever pursued our friendship was inviting her to go shooting with me. Admittedly, that was about the time I got the impression things were on the rocks with Nick, but while I was attracted, there was a little warning light flashing somewhere off in the distance.

The local shooting range was up near my apartment, so she was going to meet me at my place. To my surprise, she showed up with another of my co-workers. Let’s call him Carlton, because it lets me make an obscure reference to both Rhoda and “Dave’s Comic” (which I really should scan in someday; I’m probably the only one who still has a copy).

Carlton was a cool guy, and a bit of an oddball in our group of sysadmins, since he actually had a Master’s degree in computer science. He was also older, married, and had several kids. He was a gun-nut and liberty-oriented kind of guy, the sort whose guns had no paper trail, all having been acquired through family. (and, speaking of bullet-dodging, he at one point asked me to buy one for him…)

Anyway, we had a good time, they hung out at my place for a while after, and Carlton even borrowed my paperback copy of the Kama Sutra.

Not long after, the shit hit the fan. Not only was Nick heading back to his old school, alone (and a quick Google suggests he’s doing quite well there today), Carlton was leaving his wife, his kids, his church, and his job, and moving to another state. With Fae.

She was, it seems, trading up. Nick, it turned out, was husband #2, and when Carlton settled into his new life and showed no signs of further advancement, she left him, too. I recall hearing that she stayed with #4, but I only know one person in that circle any more, and I’ve never asked.

There’s not really a moral to this story, but it came to mind now because of all the people vigorously pretending to be shocked, shocked that everyone kept their mouths shut for decades about the boors and villains in entertainment, media, and politics. There are some clear victims (and not just the kids), but also a whole lot of gray areas suddenly being repainted black and white now that it’s to their advantage.

Y’know, when a Major Celebrity invites two young starlets that he just met out for dinner, a little red flag goes up. When the first thing he does at the restaurant is offer pills and wine to wash them down with, there’s another little red flag. When you get in a cab with him and he takes you, not to your home, not to his home, but to a friend’s apartment, two or three more little red flags go up. By the time he starts stripping your unconscious friend on the bed, I’m pretty sure you’ve had the chance to figure out that he was just hunting for pussy all along.

Yes, he’s a creepy predator sexually assaulting a woman who can’t consent. No, she’s not asking for it, it’s not her fault, and she doesn’t deserve it. But she wouldn’t be his victim that night if she hadn’t chosen to ignore the warning signs. There’s a lot of talk about “denying women agency”, but that’s precisely what the black-and-white paint job does; it’s as dishonest as “I was just cleaning my gun when it suddenly went off” or “honest, officer, I was just standing on the corner minding my own business”.

But that fingerprint recognition system is so convenient:

As her husband slept, she used his hand to unlock his fingerprint-protected phone, revealing the alleged affair in all its sordid detail.