Scrawny has become sufficiently comfortable that she not only accepts skritches every day, she leans into it. She hasn’t reached the point of initiating contact, but she keeps getting closer to it.

Whitefoot has been joined by another similar-looking cat who’s still not the white-socks-and-soul-patch cat from the original crew. This one actually has some bouncy kittenish behaviors, but is also dumb as a post when it comes to figuring out where the food is. His behavior has earned him the name Dumas. 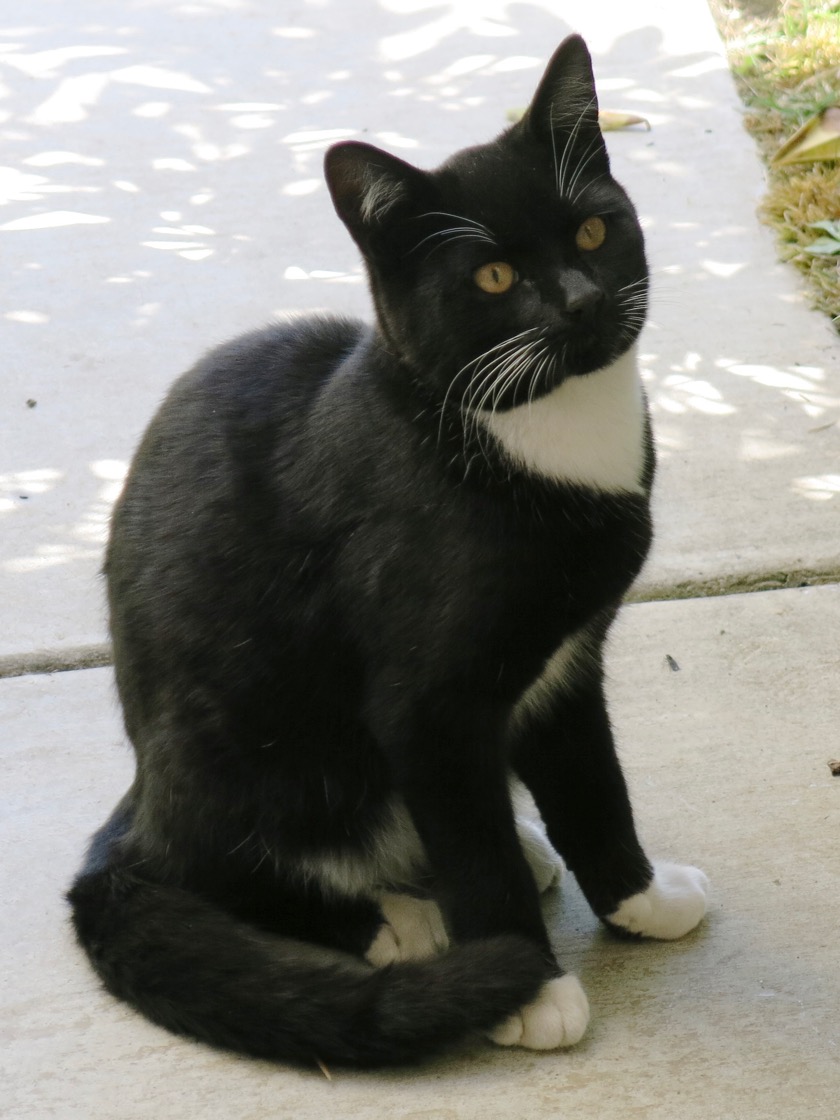 Whitefoot and Dumas are playing dominance games with the others, although no one has been stupid enough to challenge Scrawny over the cushions. They do try to take her food, though, which has led to some hissing from her and interference from me; there’s a good chance that her increased tolerance for affection is related to this.

Tubbs has been frozen out. The other three basically camp the porch all day, and he’s too skittish to approach when I’m putting out food, so he just sits in the bushes looking hungry. Haven’t seen Caramel for months, and Smoky hasn’t shown up since Dumas joined the crew a few weeks ago. I’m thinking of changing the timing of the automatic feeder to give them a chance to at least get some dry food, but I expect Whitefoot and Dumas to quickly adapt; they seem to always be close enough to hear my front door or car door, so they’ll definitely hear the noise from the feeder.

If I ever get some cover installed over the back porch, I could put a second automatic feeder back there, but I keep putting that project off (17 years and counting…).

Found a dead rat conspicuously placed in the yard near the front door. Big healthy one, too, so the gang is earning their keep.

Also, Dumas turns out to be skritch-tolerant as well.