I’m up to five regular visitors, and the most common ones are getting comfortable enough that they don’t vanish over the fence when I open the front door. Instead, they wait to see if I’ve got a bag of food in my hand, which has allowed me to get a few pictures with a real camera.

Queen Of The Chairs, she’s out there almost every day now, and has become bold enough that she’ll let me get within three feet as she waits for the food and water dishes to be filled. She doesn’t like me, and will hiss if my hand gets within about a foot, but she’s the boldest of the lot. 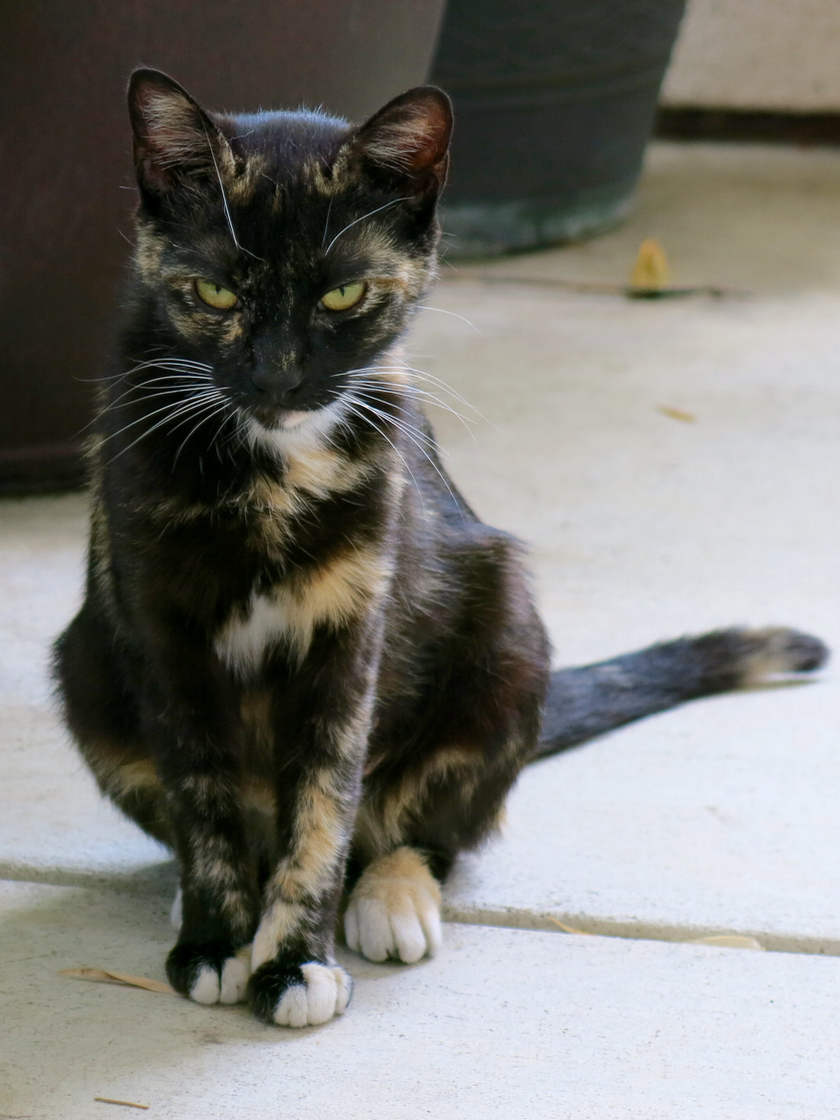 Like his Neko Atsume namesake, he’ll eat everything that I leave out if nobody beats him to it, and I often see him making the rounds from porch to porch. Fortunately, he seems to have a lot of places to visit, so most days the other cats get food. 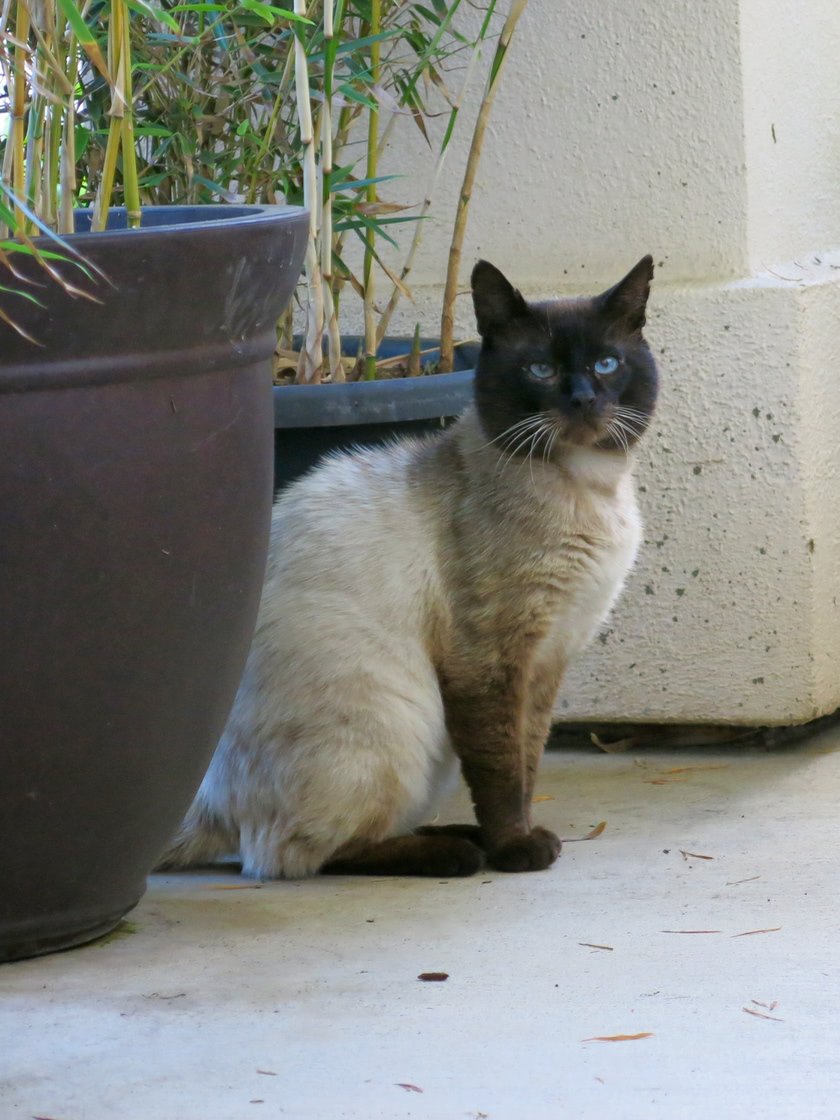 I’m stunned that he refrained from fleeing long enough for me to get even one in-focus picture. 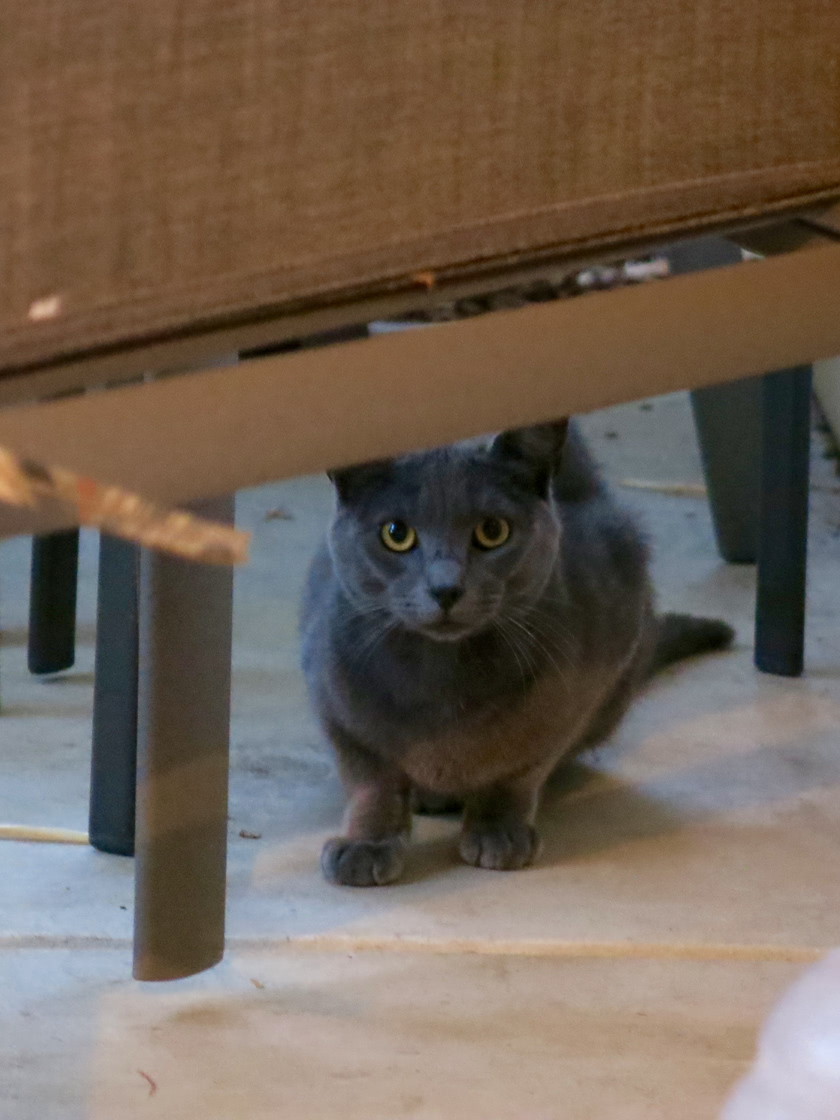 Terribly shy, and mostly comes around after dark, so I’ve just got night-vision footage from the Arlo Pro cameras. Update: finally got a good picture, and it’s not the same cat.

Scrawny claimed his chair during the day, so he mostly comes by at night now, when nobody else is around. The others all seem to get along if nobody challenges Scrawny for the chairs, and I’ve got lots of late-night footage of them just hanging out together on the porch. Still no good pictures of him, just the one where he was hiding in the bamboo.

What’s missing in all of these pictures is any hint that they’re housed anywhere. They’re healthy, but they don’t have any tags or collars, and after the rains ended, Tubbs was pathetically grateful for the self-refilling water dish I put out. And they’re not socialized; Scrawny is the least skittish, but reacts violently to any attempt at contact. In his kittenish days, Whitefoot sat on the chair and purred, but now vanishes in a heartbeat if I start to open the door.