fark.com had an amusing April Fool’s day page. Only one I’ve seen worth noting so far. 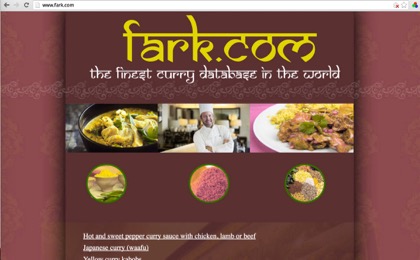 …and I’m not afraid to use it. Shamus Young’s Good Robot is now available on Steam.

[Update: buy the version that comes with the soundtrack; it makes great background noise at work, and reminds you to get home as soon as possible so you can kill robots.]

After weeks of occasional mystery outages on our office network, lasting minutes to hours, always ending as mysteriously as they started, this morning I was able to get into the router and get something that looks an awful lot like a smoking gun: connection attempts to port 80 on a single IP address from 725,000+ machines around the world.

The catch? The destination address wasn’t on our network. It belongs to an ISP in Spain.

So, somehow, our ISP’s global routing table decided to forward this attack to us. Given that their response to the previous outages was “gee, looks fine to us”, I’m looking forward to eavesdropping on our network manager’s conversation with them. 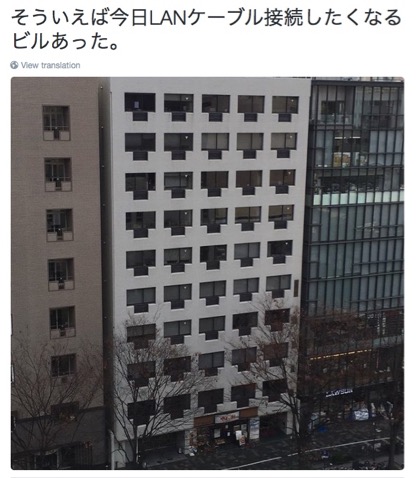 The Perforce conference was entertaining and educational. San Francisco is a hole, but we were pretty much in the hotel all the time, except for a party/“dinner” and a walk down the street to the training facility for those of us who took classes as well.

When I first mentioned the conference, David commented about how one of his clients who tested it had serious performance issues and felt it “really, really disliked binaries being checked in”. This would come as news to the many companies who talked about checking in all their build artifacts, and to the large game companies who check in hundreds of gigabytes of digital assets for all their projects. (or even the last three companies I’ve worked at…) Git and Mercurial have problems with large files and big repositories, but Perforce? Nah.

(not that there aren’t companies who’ll sell you solutions to speed up Perforce, but that means things like “massive parallel checkouts in seconds” and “scaling to petabyte repos”)

My only complaint about the show was the limited amount of vendor swag. They tied everything into a “social” app where you checked in by scanning QR codes and built up points by posting chatty little updates. This was of course gamed to the point that the only actual prize, an Oculus Rift, was won by the person who relentlessly spammed the app with “social” updates. Most of us were there to actually pay attention to presentations and corner the development team, so it wasn’t much of a contest. I figure I’ll have our new sales rep scrounge up some of the leftover swag when she comes out to meet the team.

For me personally, I brought home a lot of good information about how to improve our current server and integrate our wanna-git devs. Their current interim gitlab-to-p4d shim is working for a lot of people, but I have to workaround some issues to use it in our environment (being a little too git-like, it bypasses some of the security features in Perforce, which I can’t allow). 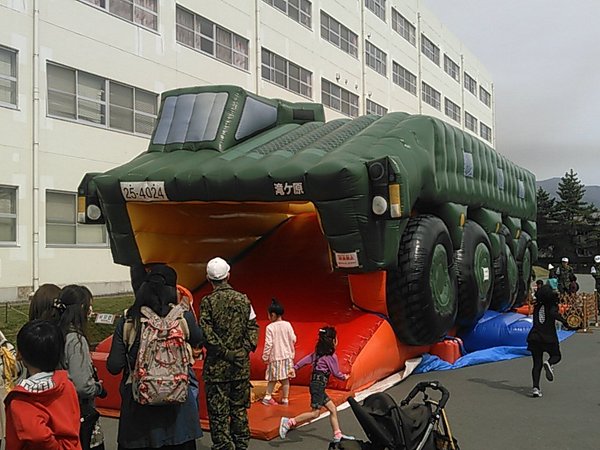 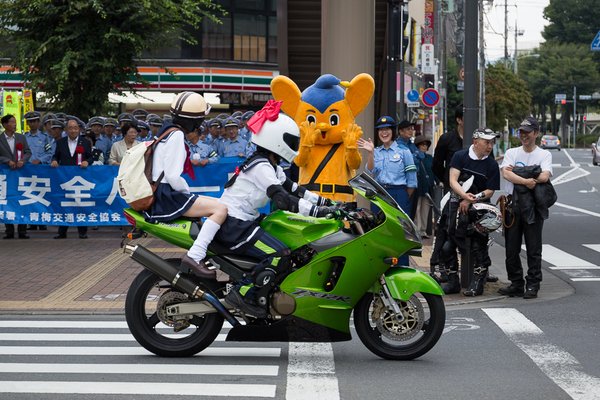 Reminder: when they say “Warmest March in recorded history”, they really mean “…since the invention of the cash register”.

Truly, it was a force for change.

To my surprise, I haven’t posted a picture of 25-year-old Moemi Katayama (片山萌美) here. Perhaps it’s because it took so long to find one where she was wearing more than a bare minimum of fabric… 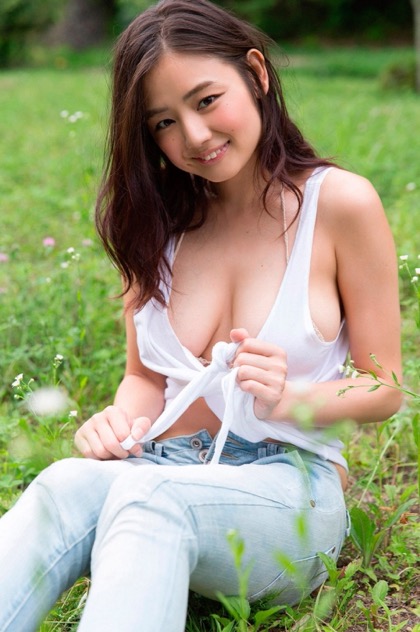 If you want to see her in less fabric and damp fabric, one good source is here.

Her just-released-today Bluray is currently the top-selling female-idol DVD on Amazon Japan (61st in all Bluray discs), and the DVD version is #3.

…on Amazon Japan, a comprehensive review of materials engineering and structural stability principles. No word yet on whether it covers Ribbon Stabilization. 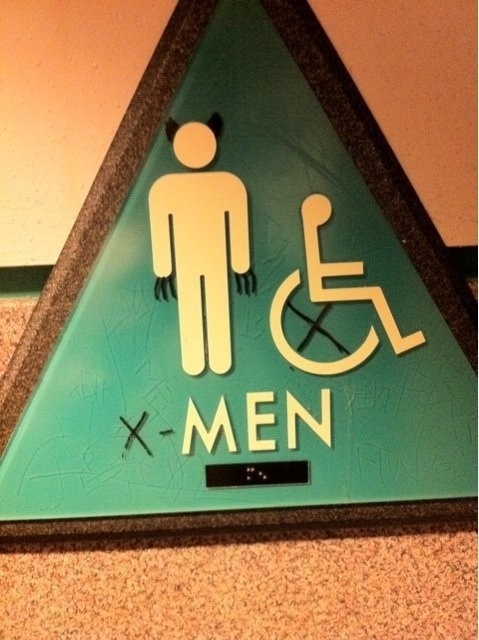 If this was done with a dry-erase marker, I approve completely. If it was done with a Sharpie, I’m willing to look the other way while the janitor beats the crap out of the perpetrator. 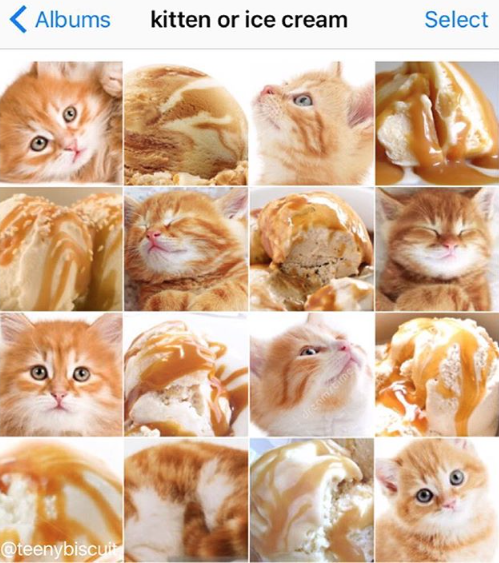 So far Bakuon!! is a lot of fun, and seems to be the only thing worth watching this season (streaming on Crunchyroll). Perhaps the best part is that the motorcycle manufacturers are on board, allowing them to use actual make and model names rather than resorting to the time-honored art of “making shit up” (although I think the misreading of Ducati as Zucchini should be treated as canon). 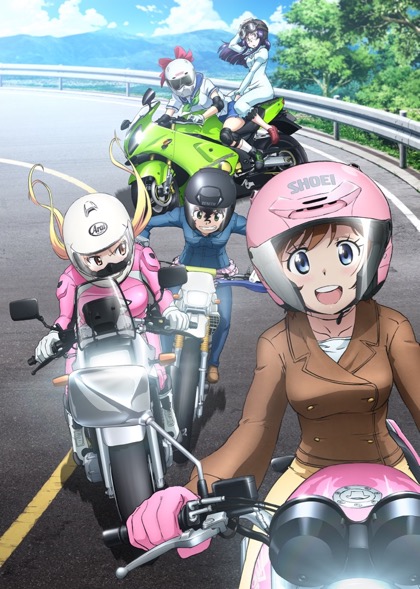 The characters are bright, cheerful, and generously drawn, the art and animation are well-done, and the music is stuck in my head. Very promising.

I hope the writers don’t reveal too much of the mystery behind the senior member of the Bike Club, Lime Kawasaki (“The Stig”), who of course rides a lime-colored Kawasaki. Ghost? Kami? Middle-aged woman who’s really kept her figure? Doesn’t matter; she’s still cool. Sadly, the only girl&bike figures announced so far are Hane and Rin; here’s hoping the whole set is on the way. I could line them up next to the scale model of my bike…

Fear The Cute Ones! 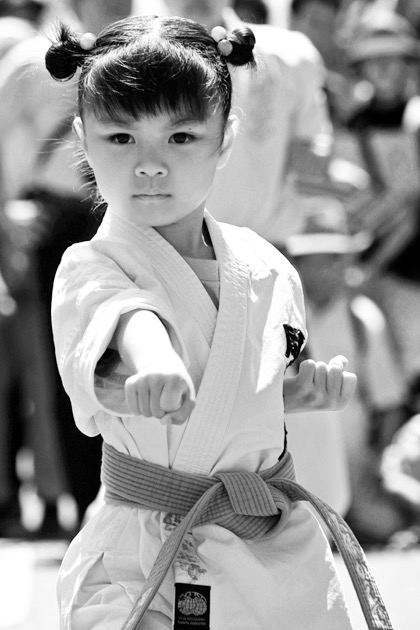 (source, via The Kimono Gallery)

Hey, at least it’s not a tattoo. 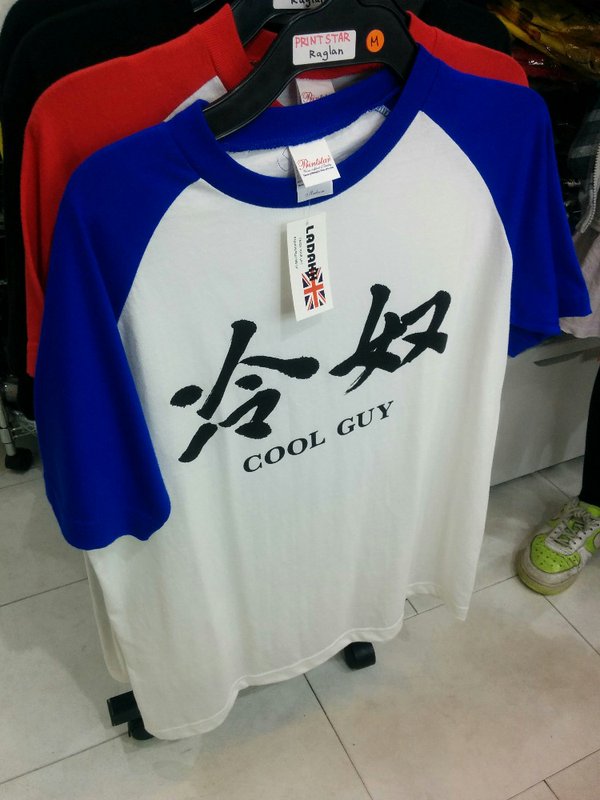