Nice. I’ve been quite happy with mine, largely because Sony didn’t try to cruft it up or lock it down. There are some bundled apps, but all the standard Honeycomb apps are still there as well.

Smugglers get the coolest ship

In the new Star Wars MMORPG, characters get a starship of their own when they finish the first story arc for their class (typically level 15, but if you’ve been doing instances and side quests, it could be later).

I haven’t played a smuggler far enough to see their ship, but thanks to an incomplete feature/glitch in the game, I was able to run around inside one. All of the ships have a bridge, bedrooms, a conference area, a lounge, a cargo hold, and a “talk to your boss” holocommunicator.

But only the smuggler ship has a head in a jar in its cargo hold. Also a giant caged beast and someone frozen in carbonite, but head-in-a-jar is the real prize (pictures). And it’s not even a random head-in-a-jar; it’s apparently a tie-in to the Knights of The Old Republic game.

(The glitch? I was grouped with a smuggler who needed help on the final class quest to get the ship, so after the cutscene, we were both transported onto it. Except we were on different copies of it, so we couldn’t interact, and when I flew it to a different planet, she stayed behind in her copy. When I landed, I was in my own ship. What I should have done was try flying a space mission, to see if I got to fight using her ship model as well.)

Oh, and while there are plenty of “shoot the engineers and release on time” issues with the game, it’s quite playable and fun for folks who like their gaming casual and interactive, but pretty brutal on hardware requirements. Their server/client architecture needs a lot of optimization to handle a room full of people, and the client has a lot of rough spots that can make it perform poorly on computers that can handle maxed-out settings on Skyrim.

Digital first, apparently, with DVDs to follow. A very pleasant series, but the decision seems to have a lot of folks scratching their heads.

OS X Lion apparently changed the cookie storage format in one of the recent minor releases. If you use Safari 5.1.x under Snow Leopard, cookies are in Apple’s well-defined Plist format, which is generally stored as XML. If you use Lion, that file still exists, but the actual cookie storage has moved to binary garbage.

Not the Core Storage model they usually push on everyone, which is a perfectly sensible SQLite database, but an on-disk representation of the NSHTTPCookieStorage class, containing a mix of big-endian and little-endian data. Use Apple’s method calls to read and write it, or prepare yourself for pain.

(via jwz, who is quite naturally baffled by this giant leap into the Nineties) 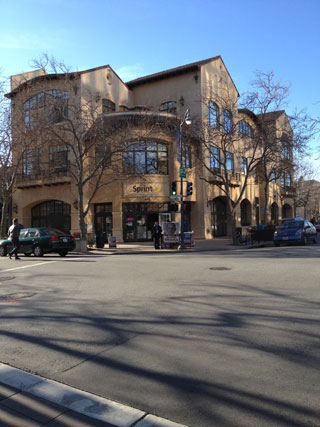 You have crossed the line.

Outsider has had three new pages this month!

Apparently, about six months ago some circle did the OCR and proofreading for the first four Rune Soldier novels. I had done the first two chapters of book one myself, to get them into a readable state, but it was slow going, so I never got around to finishing. Now I can run them through my scripts and read them at a reasonable speed.

(and in case anyone’s wondering what happened to my progress on the AsoIku novels, I just got busy with the pre-holiday work, the trip to Japan, helping some new friends study for the JLPT, etc, and haven’t picked them back up again yet. I’m near the end of book 11, and I definitely want to reach the revelations about Aoi’s family, which are perhaps the most significant things coming up soon. I’m hoping that the side stories that were included with the Blu-ray discs are eventually collected into a book, but otherwise, it looks like book14 is the end of the series, with an awful lot left unexplained)

In an unrelated note, my mom gave me a copy of the English edition of 1Q84, and I read it over the weekend. Short take: a plus-sized Charles de Lint novel, with Tokyo replacing Newford. I think de Lint would have done it better, and in about half as many pages, but I still enjoyed it. There were a few places where Jay Rubin’s emphasis on precise translation produced phrases no American novelist would choose, but there was already so much about the book that screamed “originally in Japanese” that it didn’t bother me.

Just saw a piece of email get caught by my spam filters. The subject line read:

Find the best mount for your vehicle

Despite its resemblance to the sort of awkwardly-euphemised spam that offers sexual enhancement products and/or partners, it’s actually a perfectly reasonable ad from GPS City, a company I bought something from in May, 2004.

For anyone who might be interested in a top-level view of how Sato is adapting the Miniskirt Space Pirates novels for anime, here are the chapter titles of the first two books, along with the volume titles of all seven.

Mild spoiler potential, of course. If they keep the current pace, I’d expect book 2 to take the series up to around episode 9.