Hugh Hefner has died at age 91. I saw him a lot at shows, of course, but the only time I ever really talked to him was when the PML was touring the grounds of the mansion, and he came out and took over for our stunned tour guide (“he never does this!​”).

It was a unique experience, which ended with a poolside breakfast where I accidentally picked the same table that he did, so I had a ringside seat while Peggy, Wil, and the others made the most of the opportunity. 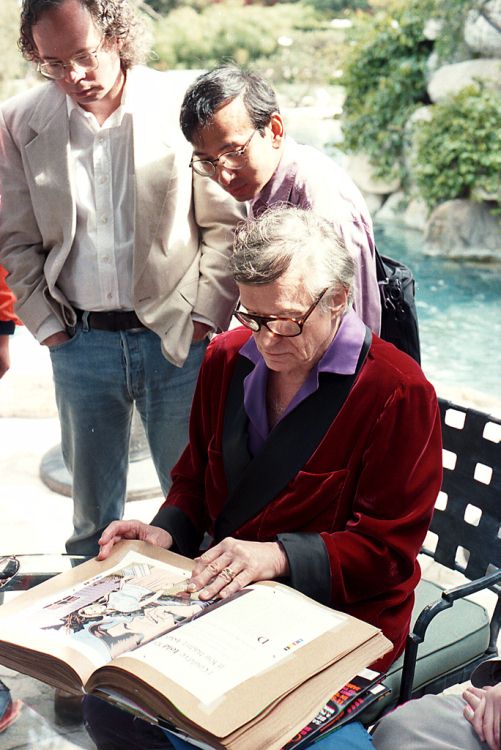 Well, shit, lost another one. Haven’t seen Bill in probably fifteen years, but he was a good guy.

I read it for the articles, backwards

There have been a lot of regional versions of Playboy magazine, with the nudity content varied to meet local standards. Most of them have gone under, and now that the flagship is abandoning nudity in favor of exploiting residual brand recognition, I doubt it’s long for this world. Honestly, any monthly magazine is a tough sell these days, and this latest change is likely to be about as effective as the time they put the magazine into the hands of a former Maxim exec.

But don’t worry, cheesecake fans, Japan’s got your back. Weekly Playboy (no relation) has a healthy business model built on healthy models, in and out of their clothing. Their photography lacks the high artistic and technical standards that once made Playboy stand out of the crowd, but nobody does it that way any more; the craft of creating a single memorable image has been replaced by happy accidents embedded in filler. 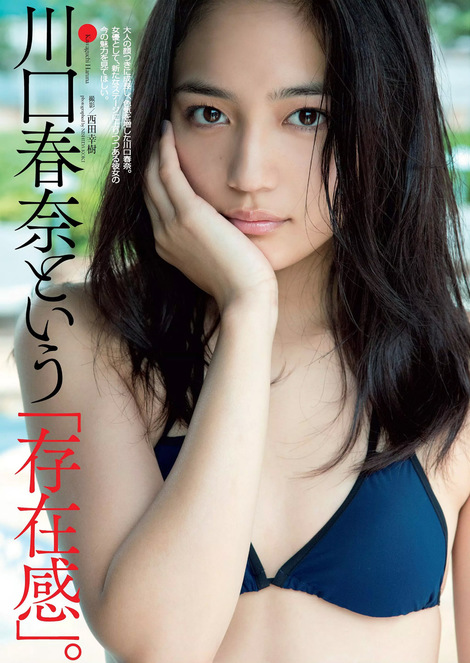 In the strictly-non-nude department, Bomb! reliably delivers decent cheesecake photoshoots that flatter their subjects (unlike the recent WP (NSFW) shoot of Erika Yazawa that just made me feel sorry for her). Their DVDs are nicely shot, as well.

There are a lot of other weekly and monthly magazines that add a slice of cheesecake (in many genres), but as always with Japanese magazines, it can be a little too fresh, so be sure to check the pull date before ogling too intently. The kanji 「歳」 preceded by a number should be considered a warning label.

Dust on the lens

I confess, it’s been so long since I went through my slides that I simply forgot that I’d gotten Dita Von Teese and Lynn Thomas to cuddle naked on a sofa.

And when did I manage to get Vanessa Gleason outdoors for a quick (clothed) shoot? I sleeved the slides, so I must have looked at them at least once. Clearly I’ve been out of the game for too long… "And he shall rise abhorrent and ancient..."

Drove down to LA for a very abbreviated visit to the latest Glamourcon, and my despair at having my original vacation plans cancelled was lightened considerably by the loan of A Very Scary Solstice, from the charmingly demented folks at Cthulhu Lives!. I’ve grown particularly fond of “It’s beginning to look a lot like fish-men”, but it’s all good. There are free samples…

On the bright side, it looks like the model shoots I had originally planned for this week will now take place over New Years in Las Vegas. I’m cashing in my special-person status at the Luxor to get a jacuzzi suite comped.

After the famine, a feast. I’ve finally updated my picture site, posting the last scans I made before I abandoned my flaky Nikon LS-2000 for good. These are from a quick outdoor session with Playboy Playmate Liz Stewart, seventeen years after her centerfold.

I’ve met 200 or so Playmates, and Liz made my top-ten list about fifteen seconds after saying “hello.”

This is a placeholder for comments from people viewing my photo archives. Now that I’ve got everything back online, I’m curious what people think of it.