My last dentist appointment included an item that wasn’t covered by my insurance, and which set me back $500. No problem, says I, I’ll transfer the money from my Health Savings Account. I log in to the credit union, initiate a transfer, and the only method they offer is mailing a live check. Which arrives over a week later, from South Dakota. Unlabeled, resembling common junk mail.

I used to have a debit card for this account that let me just handle this sort of expense directly, but when it expired, they didn’t send out a new one. I think it originally came with a batch of checks, but that was so many years ago that they didn’t turn up when I cleaned my office. I must have put them somewhere “safe”…

Did you just move the Flash team over to Photoshop support, or do all your developers like arbitrary code execution security holes?

Immune To Parody, I Became An Isekai Novel

I was mostly kidding when I dummied up a cover for an isekai series. Then Pete recently linked to a scanlated manga about a loser who gets transported into another world as a walking cheat-code who assembles a harem of eager slave girls. His adventuring party and home entertainment system eventually includes Busty Dog Girl, Cute Dwarf Girl, Cuddly Cat Girl, Giant-Breasted Dragon Girl, and Fallen Noble Elf Girl. 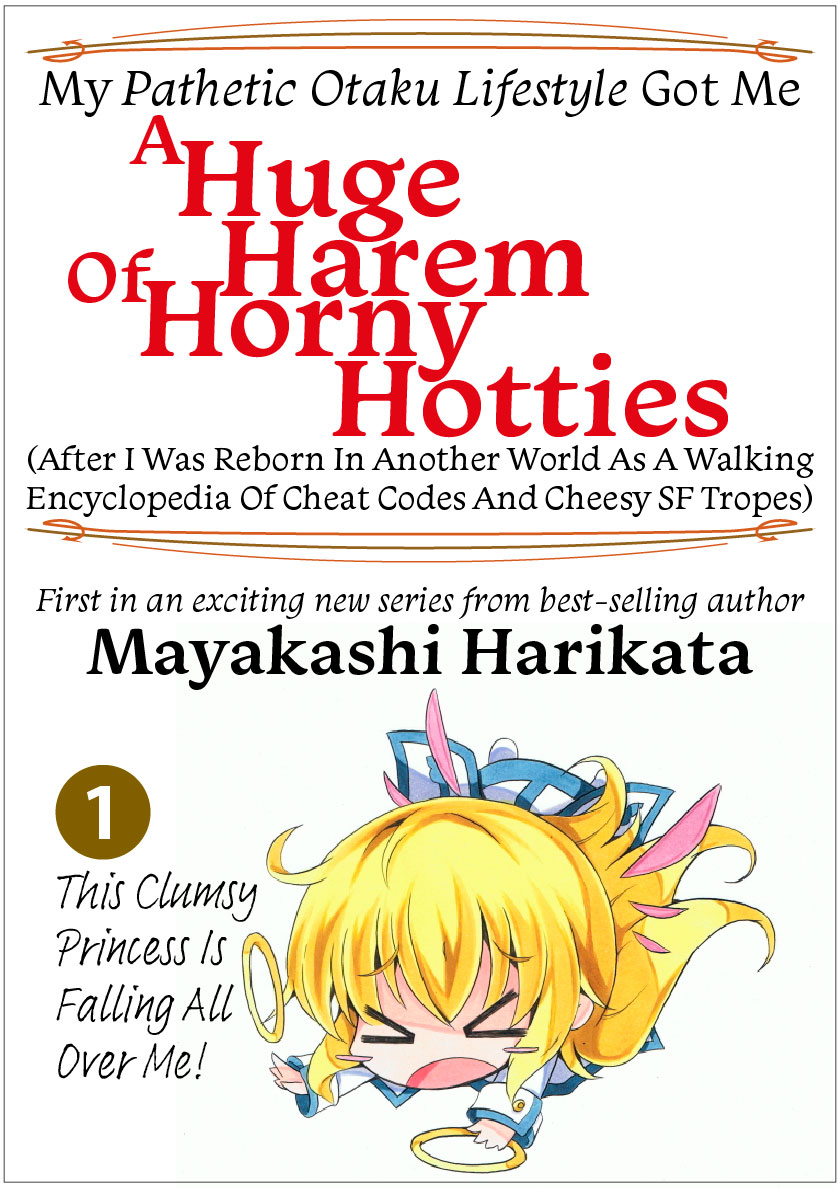 Skimming the translated web-novels, what struck me most is that Our Hero never faces any conflict or setbacks. The dungeon battles that take up most of the text are just the details of the party’s inevitable and painless victory, the author doesn’t write sex scenes, and the world-building is generic and bland.

Engadget has started slipping frequent “sponsored” content in between their articles (1:5 ratio), visually distinct and achingly stupid. This was the first one I noticed:

Pretty sure I don’t need an attorney in Quincy, because Quincy is a 300-mile drive from my house. I had to look it up, because I’ve never been anywhere near the Plumas National Forest.

The usual geolocation failure for my IP block puts me somewhere near Berkeley, so these bottom-feeders aren’t even using second-rate data sources.

Check your metadata when releasing books on Amazon:

The recent iOS update apparently silently changed update settings. Some of the folks in this discussion seem surprised, but I’ve been double-checking settings after every update for years, because they pull stunts like this all the time. Especially when it comes to enabling iCloud “features”.

The Outback Steakhouse in my town has closed for good, thanks to Benito Newsom’s arbitrary re-closing of restaurants. I saw them painting over the sign yesterday when I was driving to the post office.