We were ninja once, and dumb

I love the question at the bottom left. 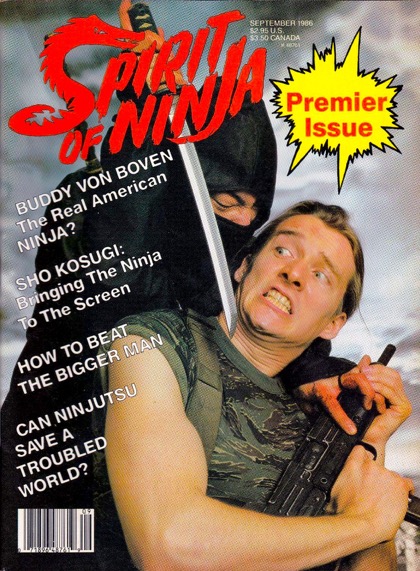 What I’ve been watching recently, more or less:

Doctor Who
Better than last season, mostly due to the relative lack of Missy. The high point for me was coming up with a decent way to bring back Osgood and tie into the excellent 50th-anniversary special. The most recent episode, however, left me nodding off repeatedly due to the laconic pace, and the whole Louie Punch solution was... "disappointing". The one before that was only notable for a tediously drawn-out gratuitous death scene, and the special-effects animation in Clara's bra.
Heroes Reloaded
Frequently whiny and borderline incoherent (due in part to the expectation that of course everyone watched the web-only mini-episodes featuring the loser whose name I can never remember), the nicest thing I can say about it is that the often-dead female cast is quite attractive when they're not trying to look fierce. Or dead.
I never had a big investment in Heroes after the writer's strike took the show down, but I agree with the critics who've been saying that they still think the things they pioneered in season one are fresh, rather than tired clichés overused by everyone else since then. The Japanese dialog has been quite odd in places, with only a loose relationship to the English subtitles, and often seems to be at the wrong level of politeness. Also, the whole meet-cute between Miko and Ren felt like they left out about an episode's worth of interaction.
On a related note, Kiki Sukezane can actually do a decent fight scene ...in her demo reel on IMDB; the stuff they had her doing for most of the season was utter crap by comparison. (her training is in Tate, a school of dramatic stage fencing, which doesn't seem compatible with how they staged her fights)
Agents of SHIELD
I originally dumped this during the train episode in season 1, then used the wiki to catch up because people told me it got better. The current season started off with a major emphasis on Daisy's bustline, and even managed to get Gemma stripped down and pushed up. Oh, and there's some kind of story involving the outbreak of Inhumans; I'm two episodes behind at the moment. Doesn't suck, but I hope they wrap up the "rival agencies" crap soon.
The Librarians
They ran a marathon of season one a while back, so I whimsically set my DVR to record it. Quite good, actually, and the only thing I actually watch as soon as a new episode shows up.
Man In The High Castle
Watched the pilot when it came out, loved it. Watched the second episode when it came out, loved it. Haven't sat down and watched the rest yet, but expecting to love them.
Grimm
I'm still a full season behind, but that one's now free on Amazon Prime, so I'll catch up soon. I'm completely in love with Rosalie, of course.
Supergirl
My DVR failed to record episode one, but I happened to catch the second one. Wasn't as good as the original teaser trailer promised, but I'll try to record the inevitable reruns and catch up some time.

Easier than a tattoo, and just as amusing to the natives... From a recent roadside encounter in Fallout 4:

"You can tell yourself whatever you want, but you're leaving here naked or horizontal. Your choice."
--- Brother Andrew

He demanded that I hand over all of my possessions, so I started with the bullets.

Skyrim is an open-world RPG with a story, Fallout 4 is a story-driven RPG with an open world.

The first time I finished the main story in Skyrim, I really just wanted to clean it out of my quest log. I was massively over-leveled for it, having done lengthy quest chains for multiple factions, as well as an insane number of one-off quests and general explorations. When I finished saving the world, I still had at least a dozen quest chains queued up, plus another dozen miscellaneous quests. And I knew about a bunch more that I hadn’t even started.

The first time I finished the main story in Fallout 4, it was because I really didn’t have any other quests to do. There were the randomly-generated “cleanup on aisle one” quests from Preston, the occasional chatty NPC handing out tips, and a few location-dependent radio signals, but the vast majority of them were isolated quests in a single location. Some have multiple stages, like the town of Covenant or helping Travis, but they’re still pretty short. Even the main faction quest lines are pretty short and straightforward, and there are fewer factions to choose from, which largely become exclusive after you reach a certain point in the story (“if you accept this quest, you will become enemies with faction X”).

Recording voice for every quest option, for both PC and NPCs, is likely the main reason there are fewer quest chains, but the quests that do exist also tend to be less discoverable. For instance, I was inside a building when the (spoiler) crashed, and had no idea what Nick was chattering about. I wouldn’t have gone looking for it if I hadn’t seen it mentioned on the forums. Ditto the full suit of the best power armor, the gun that doesn’t need reloading, Vault 75, etc, etc. I still haven’t made it to the Atom Cats garage or the USS Constitution.

Bottom line, Fallout 4 works pretty hard to keep the main story moving, and if you stay on the rails, you may not even know how much content you’ve overlooked. Skyrim, even before the DLC, gives you so much to do that you may not even remember that there is a main quest. 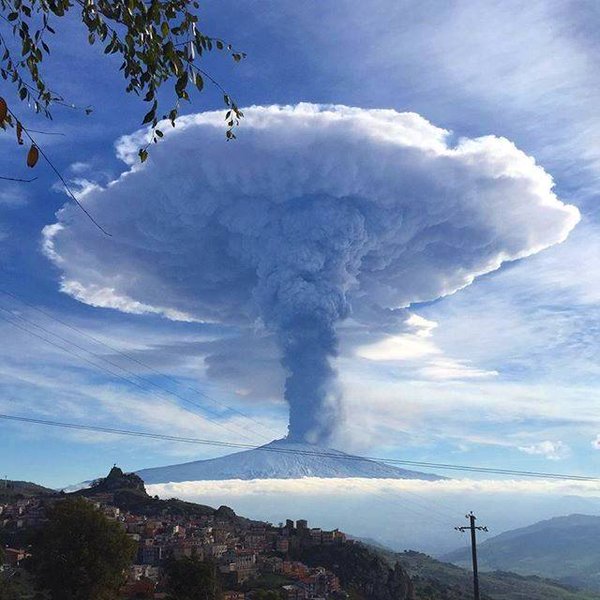 [Update: …and I posted this picture before the data center flood.]

Dear SJWs of the world,

(NSFW after the jump…)

So I’ve got family in for the holidays, and my sister promptly took over the office for conference calls and video editing, leading to a distress call last night when the 2.2GB upload of the final cut of the new promo promised to take 70+ hours. (iperf to Hurricane Electric was running at about 500 Kilobits/sec upload speed, with ~10% packet loss)

I called Comcast at 6:30pm. They had a guy onsite at around 8:30pm, who verified that all my wiring was good, replaced the modem, and spent a merry twenty minutes poking through the flooded cable box out at the curb (he appreciated my big golf umbrella). All to say, “well, the problem isn’t here”, and he promised a network guy would take over in the morning.

Sure enough, by the time I got up and had breakfast, iperf was reporting 60 down, 12 up, which is a bit higher than before the outage. Should have shipped them UPS...

I dropped my parents off at the San Jose airport Monday morning. They’re still not home. After spending the night in Denver thanks to storm-cancelled flights, they finally made it to Indianapolis last night, and are renting a car today to drive the rest of the way. 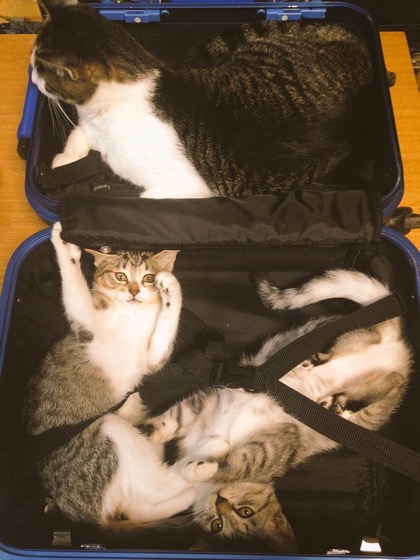 It was great having them and my sister for a week, and my house is cleaner and more spacious than it’s been for years, but it is nice having the place to myself again.

NSFW after the jump.