For the third year running, a group of people who felt that the Hugo awards for science fiction and fantasy were, shall we say, “unrepresentative of the generally popular works of the genre”, banded together and encouraged people to sign up and vote for the nominations and the awards. They even put together a suggested list of nominees.

They were mocked, belittled, libeled, and accused as a group of sharing the worst characteristics that could be identified in or attributed to any one member. A vocal group of longtime Worldcon-goers hates them with the fire of a thousand suns, and greeted their success in this year’s nominations with a promise that They Shall Not Pass. (more precisely, “I’ll vote ‘No Award’ above anyone they nominated”).

Mind you, a lot of that crowd still thinks George W. Bush stole two elections, so raging against reality is kind of their specialty.

They also have failed to think things through. For background, anyone who attended the previous year’s con or bought a supporting membership for the current year ($40) can both nominate and vote. The Worldcon community is tiny in comparison to major cons like Gencon, Dragoncon, or Comic-con, and only a small percentage of eligible voters ever vote.

The “Sad Puppies” campaigns brought a lot of longtime SF/F fans out of the woodwork, enough to significantly skew this year’s nominations towards their recommendations. In many cases, this was the direct result of people discovering for the first time that it was possible to nominate and vote for the Hugos. Worldcon is expensive, and if you weren’t in the habit of going, you’d never have known. Hell, I went to one and had no idea; they didn’t go out of their way to encourage you.

So now a lot more people know that it’s cheap and easy to participate in the Hugo awards. And unlike real politics, they can see that their votes counted. They’re likely to nominate and vote again next year, and spread the word to other formerly-unrepresented fans. A lot of the wailing and rending of garments is about the “unfairness” of organized participation by a group with a clear list of nominees, but that’s just the tip of the iceberg. They’re not an army of drones marching in lockstep to the dictates of their leaders, they’re something much worse: fans. They’ll vote for the things they like, and they like things that haven’t been winning Hugos recently.

(They also, it turns out, can vote for the location of future Worldcons. It requires a little more planning, since this year’s bids are for 2017’s con (I say Shizuoka), and the fee for voting becomes a supporting membership to that con, but if you’re going to continue nominating and voting, there’s no reason not to participate. Essentially, you pay twice as much for the first two years, and then you’re set)

I’m all for “expanding your mind”, but…

Space travel has always come with risks. But hyperspace travel comes with one particularly frightening risk, namely, the non-corporeal dark energy-based macrobiotic entities that inhabit the void and are drawn to the presence of human minds. Once penetrated by a macrobe, the infected human mind rapidly devolves into raving insanity, which usually presents in a homicidal manner. Fortunately, hyperspace-capable ships are protected by a dark energy resonator that keeps the macrobes away and thereby permits safe interstellar travel.

How sausage is made…

If your alien culture isn’t a thinly veiled allegory for contemporary politics, what’s the point?

This is the cover of the Japanese translation of a well-regarded American science fiction novel (with title and author crudely hidden). It is not the author’s most famous or controversial work, but even Hollywood knows about it. 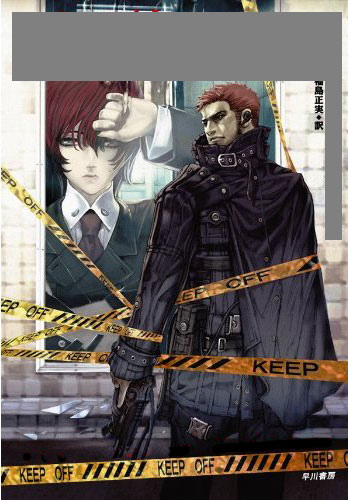 …and so it begins

The Amazon listing for the upcoming Niven/Benford collaboration contains the following sentence:

At the publisher's request, this title is being sold without Digital Rights Management software (DRM) applied.

I’d almost forgotten about this one…

Gaining new relevance due to his death.

(replaced with youtube embed to get rid of the long ads)