The rest of this week's anime

It occurs to me that the real danger of “AI-generated” art is that inevitably the output is going to end up being used as future input, scraped from picture sites and fed back through to train the models, amplifying their errors. This Will Not End Well. 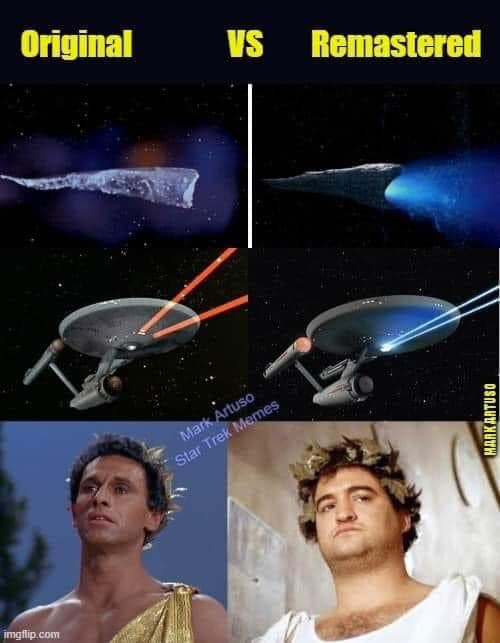 Moving Day for Our Rejected Fiancée builds character, but drags the momentum of the story to a halt, only briefly interrupted when Our Wacky Princess crashes in for flight training and a present.

Verdict: I’m not really here for a serious story about breaking the magical dream girl out of her shell while uncovering the mystery of why Our Prickly Prince chose the shy tit queen over his political engagement (and in any case, I know the answer; there be spoilers in them there interwebs!). Also, the character art is frequently wonky (even in the OP; that hand!). I’ll try one more, and there better be some wacky hijinks. Episode 1 promised us wacky hijinks and animal corpses worn on heads. 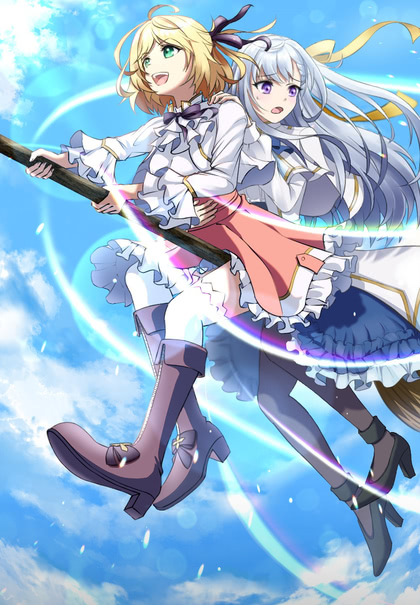 In which the guild catches a break because Maple caught a cold, so they get to actually participate in a boss fight. Then Maple fights the wrong boss and… wait for it… acquires a wacky new overpowered skill which she immediately shows off in front of another guild. Then Level 5 goes past so fast you hardly see it, to jump the story ahead and reveal Sally’s fear of things that get handsy in the night. 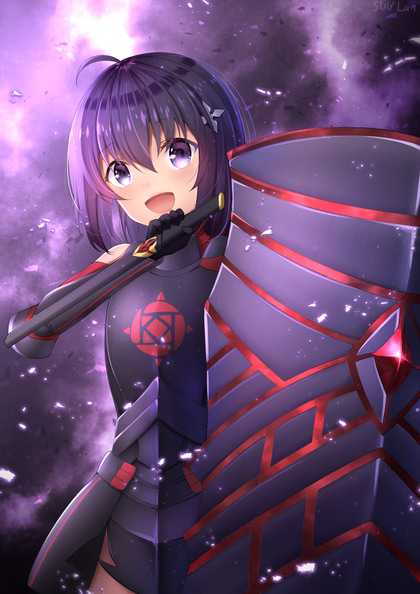 In which the tables are turned, flipped over, lit on fire, and ashes scattered to the wind, as our extremely convoluted and nonsensical spy-versus-spy mission is resolved. Without a single bath or shower scene.

Verdict: bullshit. They won not because the girls deceived the enemy, but because the writers deceived the viewers. If the next episode doesn’t deliver plenty of female fan-service right away, I see no reason to subject myself to this writing. The voice actors are doing their part, and the girls are definitely cute, but… 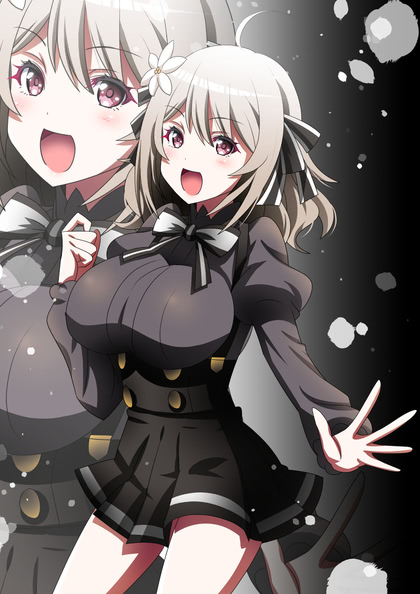 (which is only nominally a “simulcast”, since apparently HiDive has difficulty getting media files onto their servers; I couldn’t get either of the Friday shows to stream until 8 hours later)

In which Our Busty Angel Bounty Hunter comes looking for Our Busty Bloodsucker-With-Benefits, but quickly abandons the mission when invited to become a villager. Mostly because the girls re-evaluate their relationship based on having gotten their asses kicked by the dogs. Then when her desire for a fresh crop of strawberries outstrips the capacity of a three-person farm, she flies off and returns with seven Elf Cheerleaders With Big Talents (in architecture, construction, mining, and metalworking; and boobs, of course). As a bonus, the cheer-elves make it clear that their goals are to find a new home and repopulate their race.

Still about four times as much internal narration as necessary, however; now that Our Power-Tool Hero has company, some of this exposition could be handled out loud while the camera is panning over exposed cleavage. Which it does a lot of.

I enjoy the girls treating him as a lovable goofball who has no idea how anything works, like living without salt for months despite having dug his root cellar right through a vein of salt-rich soil (which, absent magic tools, would really suck for agriculture). Or thinking that elves live in hippy-dippy harmony with nature. Not to mention that despite three separate sets of freakouts and two major beatdowns, he still hasn’t figured out that his “dogs” are hardcore monsters. As is the friendly spider-tailor.

Verdict: plenty of eye candy to compensate for the exposition, and no obvious plans to break away from the slow-life theme. 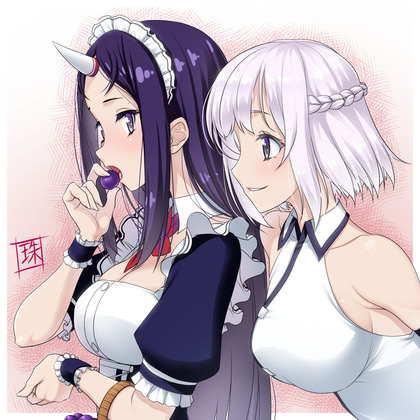 By the way, I took a look at the previews of the translated manga, and the show is better-drawn than the source material. And in case you think this is going to be one of those harems where the guy can’t make up his mind and never gets any, This Hero Plants Seeds!

No idea how many wives he ends up plowing with his divine tool (offscreen), but the yeast that the elf cheerleaders brought isn’t the only thing that puts buns in the oven. At least he puts a ring on it first.

🎶 I Like Giant Ars Beasts, I Cannot Lie,… episode 3

In which Our Lively Loli does not accidentally kill anyone, Our Cat-Wearing Oompa-Loompa negotiates rent with a Dog-Wearing Oompa-Loompa, and Our Animal-Boy Apprentice from the OP joins the gang (I lose track of the ear varieties after a while; I have no idea what these villagers are supposed to be). Meanwhile Our Not-So-Hard-Hearted Paladin gives in and saves the day again; I think he’s getting to like having a loli inside of him. 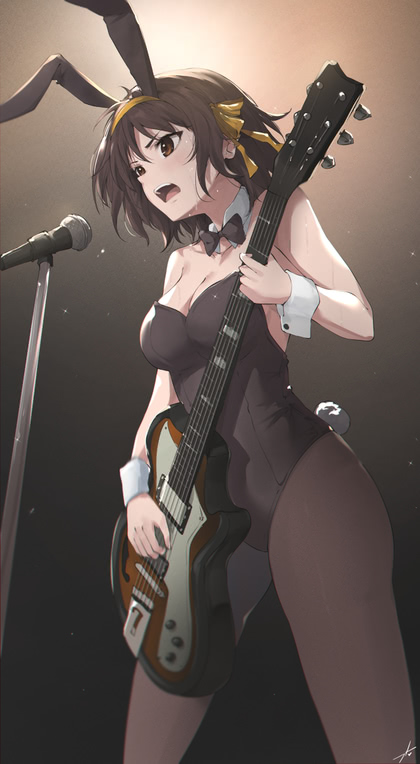 (picture is unrelated because of the five pieces of fan-art on Pixiv, three are nudes of the loli, and the other two only vaguely resemble her)

Good news: the naked men are not anatomically correct.

Bad news: only men get naked.

Meanwhile the story is all over the place, trying to merge game logic (from multiple games!) and anime logic.

Verdict: nice to look at, anyway. Moot point, though, because production has been delayed indefinitely due to Covid. I guess they weren’t kidding when they called all these anime studios sweatshops. 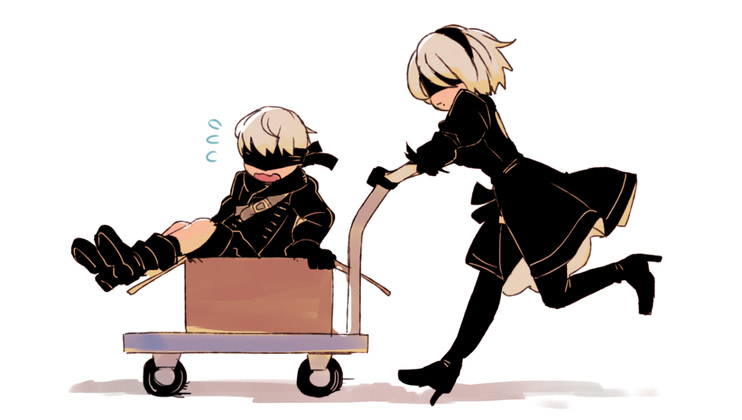 Our Slow-Living Hero really needs to learn to keep his not-magic defense shield charged up at all times, to protect himself from Our Overly-Attached Deka-Melon Waifu. There has of course been no explanation for her ridiculous strength and total lack of control thereof, but if she’s nearly killing him just with hugs, she’ll eventually snap him in half with her thighs.

Anyway, this week he undermines the Demon Army while wearing the wrong underwear, fixing the human economy as a side-effect of rescuing a tribe of ewoks. 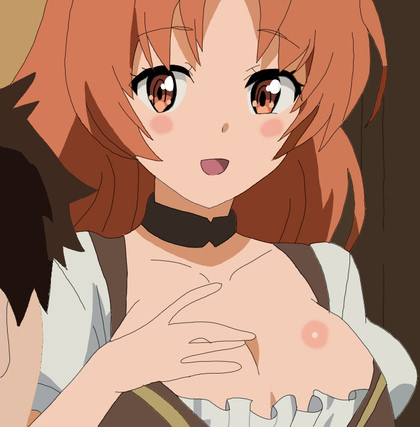 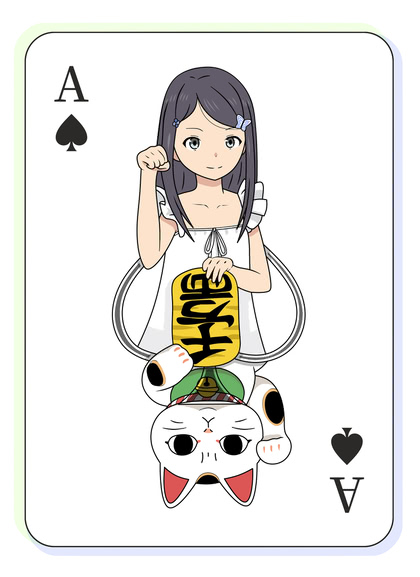 (honestly, after pulling a chef certificate out of his ass last episode, “handyman” doesn’t come close to covering his skillset)

This week, Our Handy Hero nearly gets some, in a bad way, and then is prevented from getting some in a good way. Then we get the rest of his origin story, in which he really sticks the landing, only to nearly get stuck. There’s some more random bits, as usual, but it seems odd for a series that doesn’t have a terribly linear flow to close the episode with a scene that would have made a good season-ender. At least there’s finally a reason for all the random weirdos to come into the main story.

On that note, Our Shy Maiden Warrior looks good in Saitou’s jumpsuit, but she really ought to try on her succubus rival’s outfit sometime and work her own kind of magic.

Verdict: Truck-kun delivered him to the place he belonged. 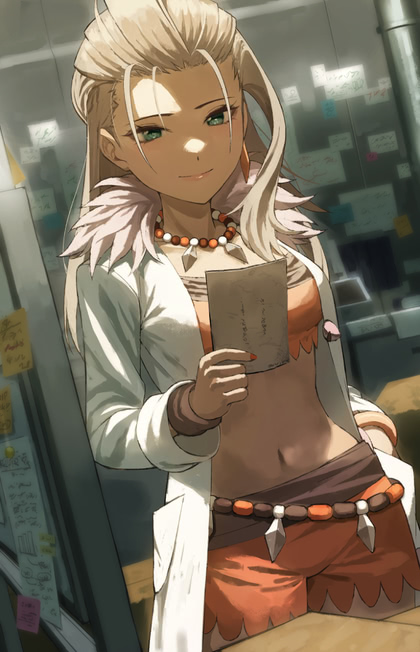 (poké-milf is unrelated; there’s no fan-art for this show)