I’ve resigned myself to the fact that there will never be a US Bluray set of Miss Kuroitsu From The Monster Development Department, but I was kind of surprised it isn’t really available on Amazon Japan, either. There were limited-edition box sets exclusive to Amazon and Animate (bundled with a Kuroitsu lingerie pic and a Kuroitsu/Wolf bikini pic, respectively), but the only copy still on Amazon JP is shipped from Germany.

Animate still lists it as available, but I haven’t bought through them before so I don’t know their international shipping policies; would have been a lot easier if I’d thought of it while I was in Japan.

Interestingly, I can stream or download the soundtrack album on Amazon US (which includes both ED songs), but not the OP song. 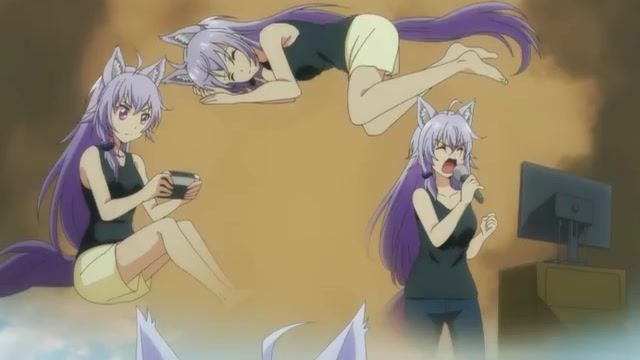 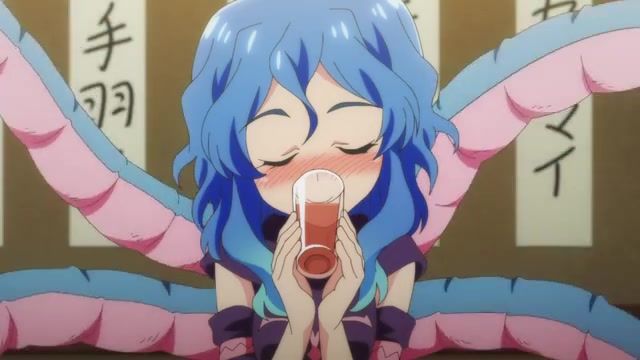 Okay, I said in the comments I wasn’t going to watch this one (because I’ve read some of the source material, and the cast keeps growing without any real progress in the core story), but IT hosed my VPN connection, so I had some “free” time.

Anyway, after a brief intro in which Our Once And Future King is visited on his deathbed by a delicious goddess we’ll never see again, we jump to the future where he’s been reborn with an innie instead of an outie, and the OP promises that she’ll grow up very healthy and obsessed with fighting alongside and against other hot chicks.

Although when she examines her 5-year-old self in a mirror and thinks about what a hottie she’s going to be, and how she wishes he’d had a granddaughter like that in her previous life, I had a certain creepy flashback.

Most annoying feature: while they switched to a female voice for Our Future Boob Warrior’s internal monologue, they kept the male voice around for the (excessive) narration without clarifying the new role. Pity they won’t keep her as either SuperBaby or The Mightiest Five-Year-Old for a while, but at least they’ve got a cute chibi form in the ED animation. 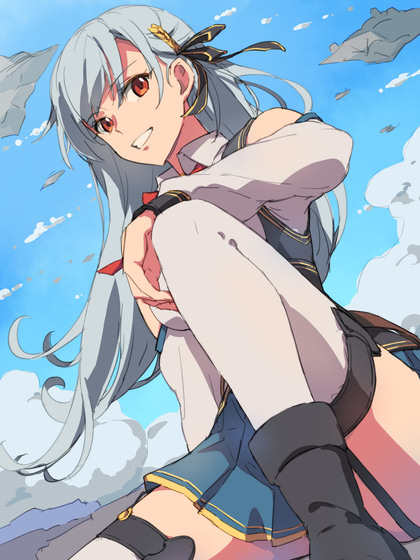 The OP promises a large cast of goofballs. The ED promises another party member. The episode is a heavily-narrated dungeoneering tutorial, mixed with frequent “we can’t trust anyone but we want to trust each other”. But the only thing I actually want explained is WTF is up with the guild receptionist’s eye?

Verdict: not dropped yet 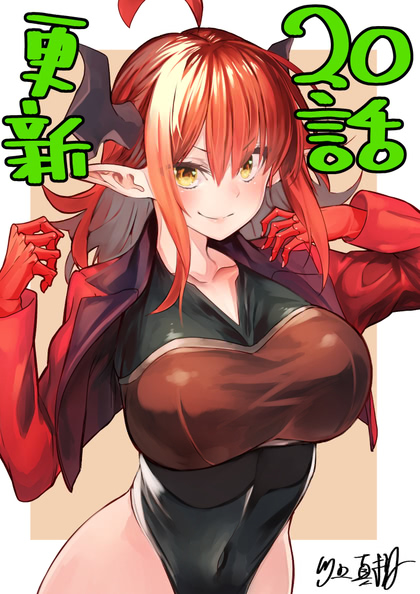 (aka “Campfire cooking in another world with my absurd skill”)

The setup is painfully trite: summoned to another world by a sketchy kingdom, Our Shopping Hero seems thoroughly unsuited to a life of adventure, so he cashes out and tries to go live a slow life, preferably far far away from his heroic fellow summonees. His “useless” skills turn out to be incredibly useful, so he quickly makes powerful friends. The only refreshing thing is that he remains completely helpless in a fight, and shows no signs of gaining combat power by making a contract with GodWolf.

No goddess harem yet, just a dog that will eat him out of house and home. I’d drop it now, but if they promise to keep the genki tanned adventurer girl on-screen frequently, I could watch some more. 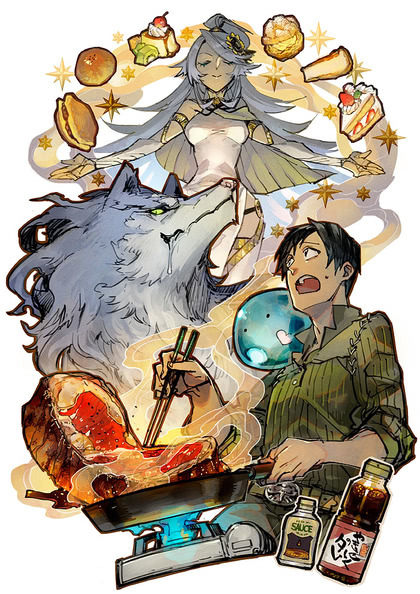 The OP advertises a yuri romance, or at least a really-close-friends partnership. Then, while getting chastised by the king for kidnapping Our Genius Sorceress (who is the prime minister’s daughter), Our Wacky Princess is forcefully reminded that she once insisted that she had no intention of marrying a man and would prefer to fall in love with a woman.

King Daddy completely loses control of himself and the situation, but Prime Minister Daddy is open to the idea of his daughter becoming Queen by marrying the Princess instead of the Prince. I’m really starting to wonder if she was a boy before getting isekai’d. That would fit with current trends.

It veers back and forth between manic episodes and cuddly moments, with exposition being delivered by the overdressed underexpressive hot maid. No idea where it’s going to end up. 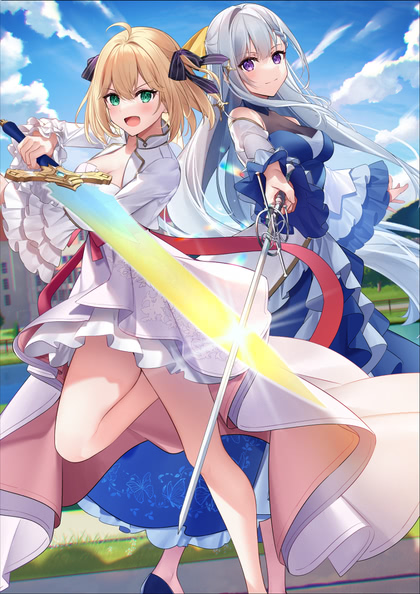 I honestly wasn’t sure if I was watching the first episode of the second season or an unreleased Christmas OVA. It uses the first-season OP and a new ED with a “2” in it (presumably next week’s OP), and just drops you into the world as if it hadn’t been nearly three years since season one, basically following Team Maple around as they each do their own thing. 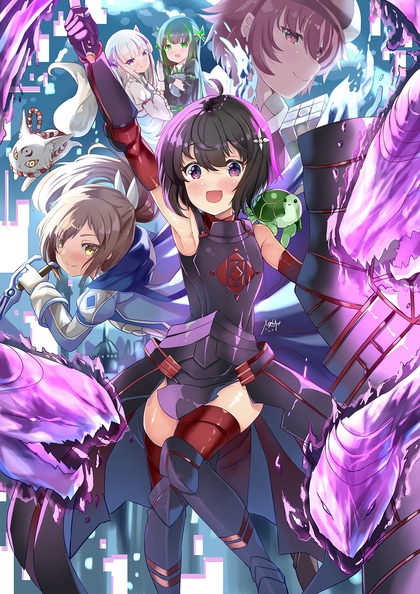 (in fact, it pre-aired in Japan the week before Christmas, so it’s a dessert topping and a floor wax)

In which Team Loser becomes Team Winner without even a training montage, and the rest of the episode is spent in flashbacks, voiceovers, and a completely painless Mission Impossible infiltration of the country where The Suicide Mission takes place.

Also two separate shower scenes of the guy, while the girls stay fully dressed at all times. Boo. 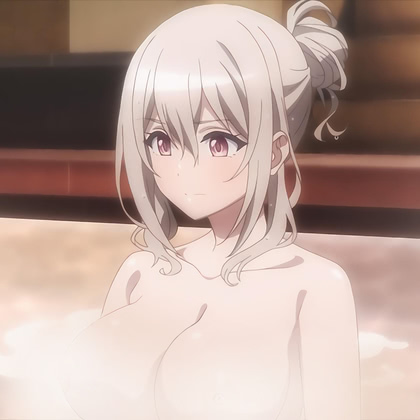 Slow Farming Life becomes a lot less tedious when a friendly giant spider moves in and offers to make fabric and tailored clothing in exchange for raw potatoes, and especially when a part-time-loli vampire waifu shows up. Still an awful lot of farming-sim internal monologing, though.

Hopefully the next girl to arrive will explain how to find salt; if Our Magic-Tool Hero weren’t blessed by the gods, he’d have already died of malnutrition and flavorless boiled food. He should hook up with online-shopping dude and swap fresh produce for salt and spices.

Verdict: sure, why not; more haremettes are on the way, and the shy little-big bloodsucker’s a cutie 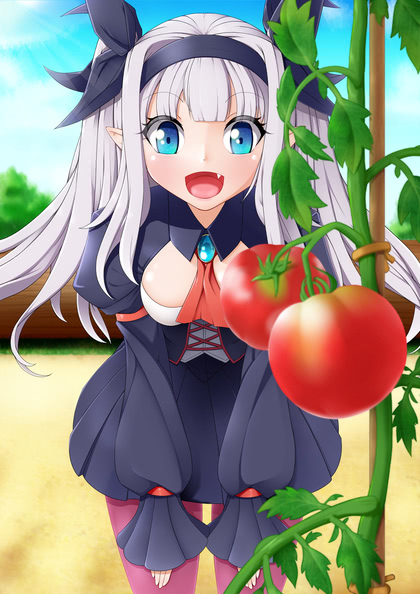 (in this universe, it’s Clara’s tomatoes that are the perfect size…)

I could do without the excessive exposition and the crystal-eating, mustache-twirling villain who seems to be from another kind of show, but Our Lethal Loli is adorable, and the OP promises they’ll be adding a scantily-clad busty bunnygirl soon.

Best moment: Our World-Weary Paladin informs Our Impressionable SuperLoli that they’re going to need to do the WonderTwins thing again to save the day, and she leans in for the kissing part, only to be disappointed when he tells her that was a one-time contractual obligation.

Verdict: “show me the bunny!” 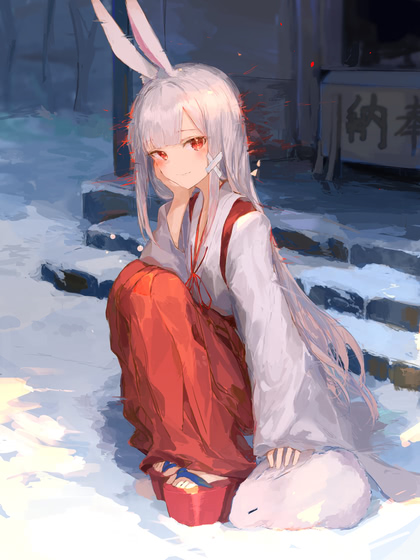 In which WALL-E has a posse, humanity still breeds hot chicks, humanity also builds hot clumsy twin redhead support androids, and Our Panty Fighter arrives in time to save the day. Unless you’re WALL-E.

Verdict: hoping for a hot-springs episode 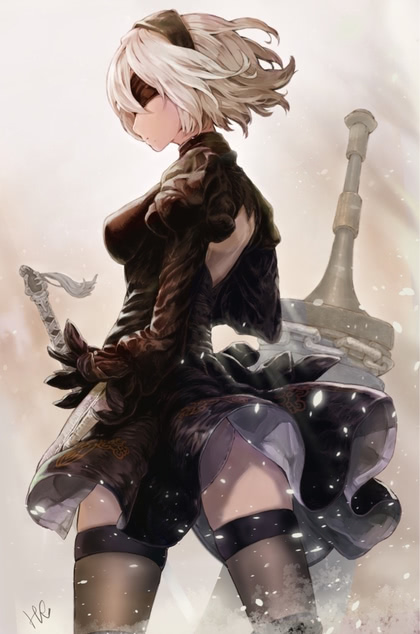 Our Non-Demonic Hero gets his first basic quest, and Our Deka-Melon Waifu insists on coming along to show him the ropes. And her panties, deliberately climbing up a cliff wearing a skirt while he’s standing at the bottom waiting his turn. It says something about his maturity that he’s just quietly watching, but it says something about his maturity that he watches the entire time without saying something. Just in case it wasn’t already obvious that she’s claimed him as Mr. Right, she drops hints the size of her boobs throughout the episode, and her father clearly approves.

Then again, what we’ve seen of this sleepy village suggests that any guy with good teeth and two brain cells would be a real catch, no matter his age and origin. The only other adventurer has a chip on his shoulder the size of her boobs until he gets rescued from a giant poisonous snake by Our Super Adventure Time Hero. He’s still a jerk, but now a Hero-worshipping jerk.

Meanwhile, back at the Demon Lord’s army…

I know, I was shocked, too. 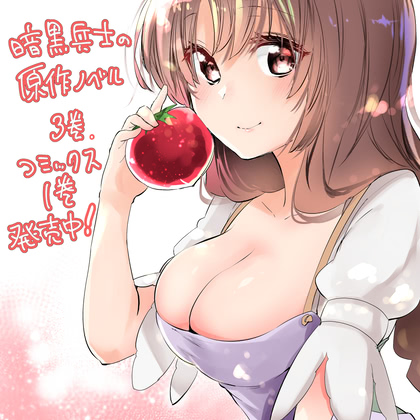 (Clara’s apples would never work for this disguise…)

It’s not until the ED that you get some evidence that Our Gold-Hungry Heroine is not, in fact, a little girl. Contrast with the scene where she’s sitting on the floor of a carriage with her knees up while wearing a micro-miniskirt and thigh-highs, and her modesty is preserved only by precise camera framing. This is a Hide Your Delicious Cake And Eat It Too scenario.

Anyway, GoldHunter realizes that the power she swiped from not-god doesn’t just let her move back and forth between the two worlds, but go anywhere she can clearly visualize. So she uses Google Street View to hop to South America, then uses her Comprehend Languages power to hire a mercenary company to sell her guns and teach her to use them. They also agree to launder gold coins from the other world and funnel them to her retirement account in Japan.

I give them full marks for the clear explanation of the four rules of gun safety, but a zero for neglecting the all-important “front sight focus” advice in pistol training. Seriously, she never even hit the paper in her first session.

Also a plus: she argues with her dead brother’s memory this time, not taking his word on economics or pacifism.

Verdict: worth a shot 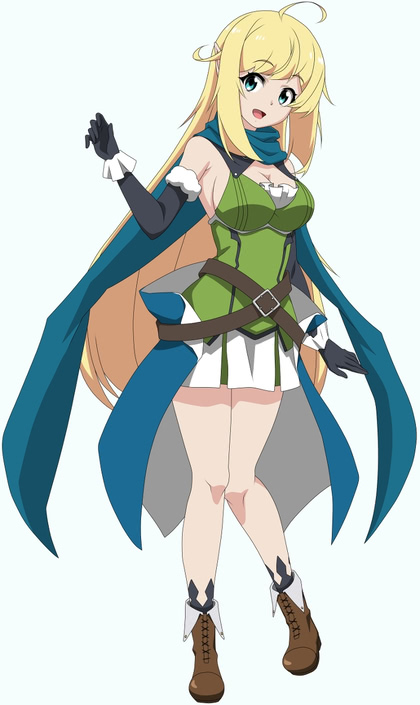 The Handyman Can! episode 2

Mixed news: the OP promises a quite large cast, most of them apparently one-shots that get dropped in between the short adventuring vignettes.

Verdict: a better slow-life isekai story than most of the ones that officially claim the title 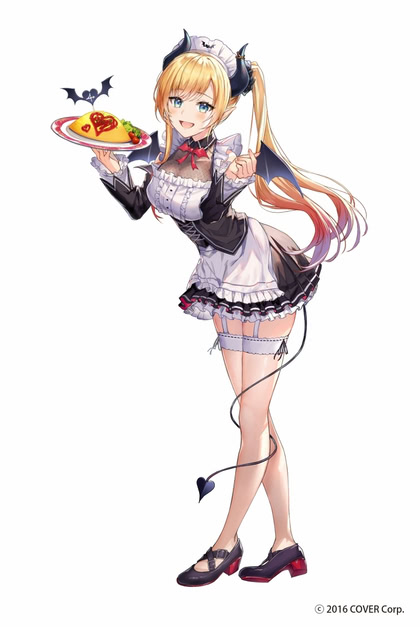