First, the important news: DM Of The Rings is being remastered and re-released by Shamus Young’s family. New episodes are available a week early for their Patreon supporters.

People Suck, Let’s Save The World!

By the way, did you know that this dysfunctional adventuring party is going to save the world? In case the title didn’t tip you off, the narrator makes it explicit at the end of the lengthy exposition of (almost) everyone’s backstory. This is all setup, so there’s not a lot to decide if the show is going anywhere, but the two girls in the party are attractive apart from the wonky eyes, so there’s that. 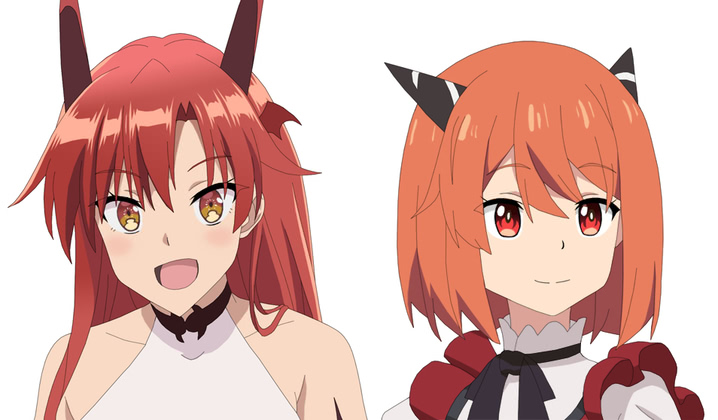 This was surprisingly watchable. Surprising because the description was “less than promising”: non-magical princess with magitech based on her past life in Japan teams up with disgraced magical-genius noble lady to make her (the second one) queen. It sounded like the sort of convoluted shojo manga story where everyone is really skinny, has pointy chins, and is slightly gay.

Instead, Princess Lunatic Fan-service crashes into that story and kidnaps the heroine. Wacky Hijinks Will Ensue™. All the girls are cute, so there’s that. 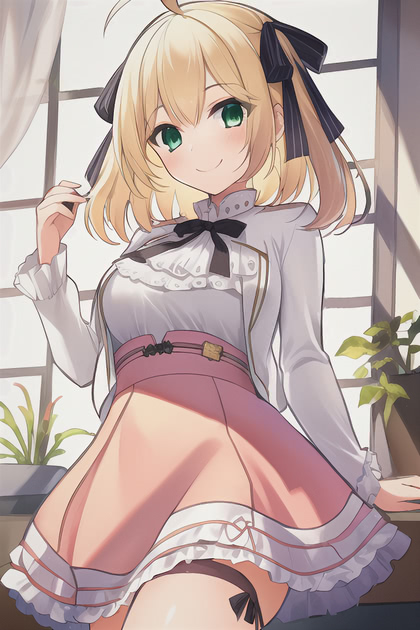 (note that the source material is apparently quite yuri, which one would hope results in more fan-service down the road)

The good news: seven pretty girls carefully separated by hair color, speech pattern, and bust size move into a mansion with a large shared bathtub, which they put to use in this episode. Our PoV gal is the bustiest, and with the names Lily/Flowergarden reeks of fan-service and yuri.

The bad news: they’re all spy-school losers shipped off to be trained for a suicide mission by an autistic superspy who talks way too much without showing a shred of emotion or inflection. Also, the tub is afflicted with buy-the-bluray steam. 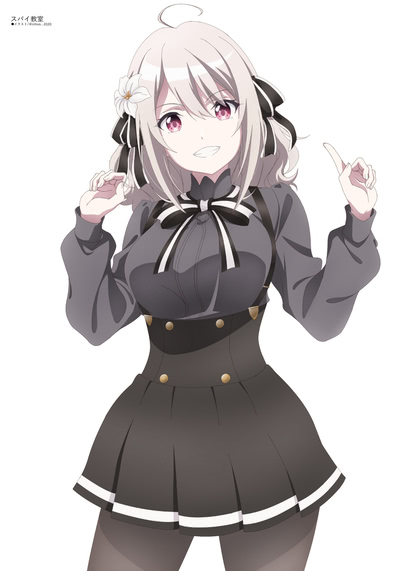 Iceblade Exposition Will Bore The World

They’ve telegraphed that this show will include a powerful sexy sorceress who walks around in naughty lingerie, and that’s not enough to save it. Seriously, the moment Our Clark Kent arrives at Military Hogwarts, they tell you who the bad kids are by drawing them badly. Those kids take turns trashing the Ordinary just to make sure we haven’t forgotten that he doesn’t fit in here, mixed with flashbacks clarifying that he’s The Boy Who Lived, and exposition gushing about just how awesome the mystery Superboy was that no knows is right in front of them.

I gave up halfway, and that’s despite being able to watch a full episode of all these other shows. 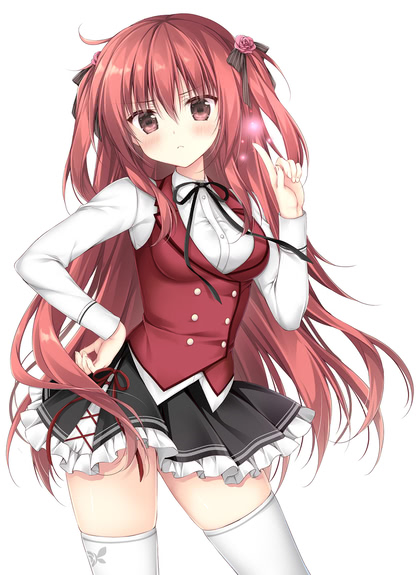 “To plow fertile fields, see crops ripen before you, and collect a huge multispecies harem.”

Hopefully this one has a giant shared bathtub, too; the cute girls are the primary draw. Good thing they started with a flash-forward to show them all off, and then bounced them onscreen again in the OP, because the rest of the episode is Farming Sim Tutorial 1, narrated inside Our Magic-Hoe-User’s head. 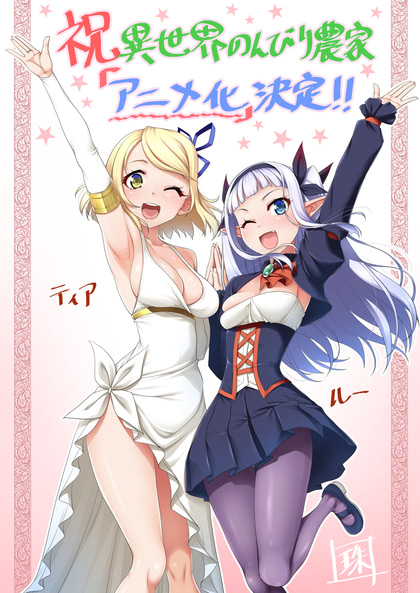 “Form of… a burned-out mercenary!”

I’m surprised it took so long for someone to rip off the whole Attack On Titan vibe, but I’m definitely not surprised that they made the heroine an expressive super-powered loli who explodes when you shoot her full of arrows. 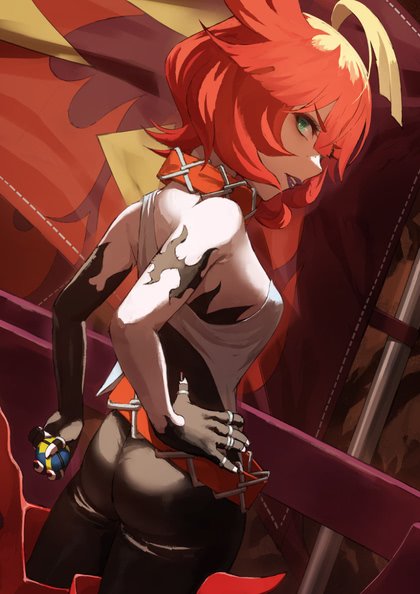 (Pokemon Scarlet/Violet Best Girl is unrelated; there is literally only one piece of fan-art for this show on Pixiv right now, and it’s a full-frontal nude of the loli)

(aka “kicked out of the demon lord’s army…”)

Our Fallen Demon Hero states that the only difference between humans and demons is that humans can’t use magic. This is while he’s in the middle of being kicked out of the demon king’s army for… not being able to use magic. He then meet-cutes Our Generous Scoops Of Mouthwatering Flesh in the forest and has time to check out the color of her panties before rescuing her from a giant monkey, and promptly freaks out when he realizes he’s in enemy territory and would be killed out of hand if they realized he’s a demon.

Which would have to involve him coming right out and telling people he’s a demon, because as he just said, there’s no visible difference between the races. But giant boobs have their own logic, so he’s willing to stay in her village, and in fact, her house. And become an adventurer, because giant boobs; he stops and stares at them every time he needs to make a decision. Even when her parents are right there asking him questions.

And hey, guess what? He’s actually been a human all along without realizing it, and not only that, he’s got super adventurer powers right out of the box, so good that if it weren’t for the giant boobs, he could move to the city and become a big wheel!

She wears thigh-high stockings to bed, by the way. I’m sure this will come up again. As will the giant boobs. 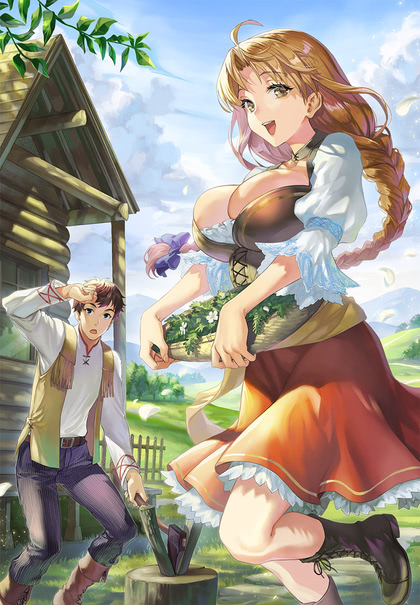 Yup, that’s pretty much how the tutorial level went, except that on my PC it had better framerate than Crunchyroll. And more panty shots; they avoided them in a few obvious closeups, but once the action got rolling, she pretty much had to flash the camera, so she did. 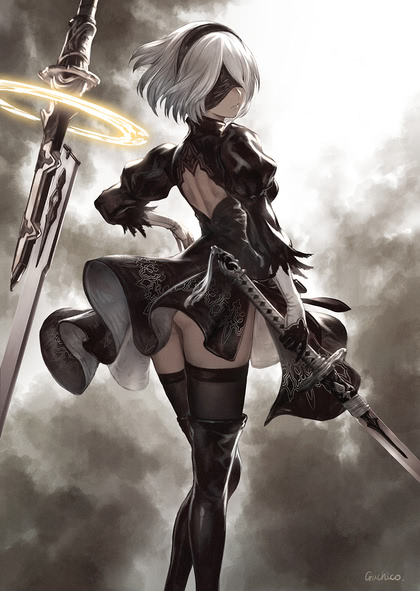 In which Our Underdeveloped Heroine is not quite killed off by pickup artists filling the role of Truck-kun, instead ending up with the power to freely go back and forth between another world and Japan, where a quick consulation with the memory of her dead brother gives her the idea of moving goods back and forth to make enough money to retire comfortably.

It doesn’t look like there are any hidden depths here. She can world-jump, heal really fast, and as a bonus she asked not-God to give her language powers as well so she can communicate, and the ED shows a large cast of friends and customers, as well as a squad of friendly mercenaries. 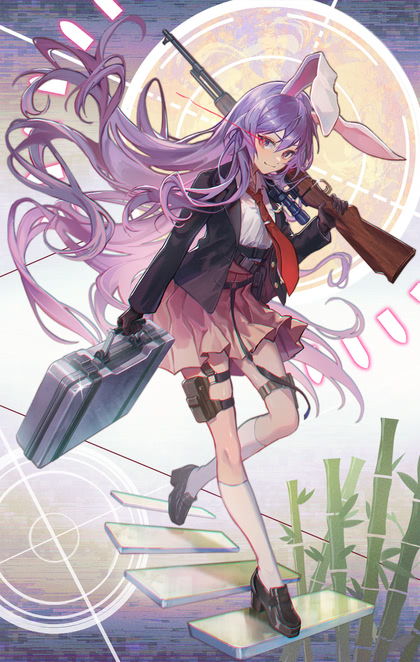 The good news is that they skip the usual tedious isekai origin story and go straight into Our Handy Hero helping his adventuring party in various ways. There’s no fan-art to speak of, just the original manga artist posting the entire story; the link below pretty much covers the exact events of episode 1, except for some unrelated character intros outside the core party. The characters are pretty much cast directly from TV Tropes: senile wizard, greedy fairy, shy warrior gal, exploding dwarf, etc. 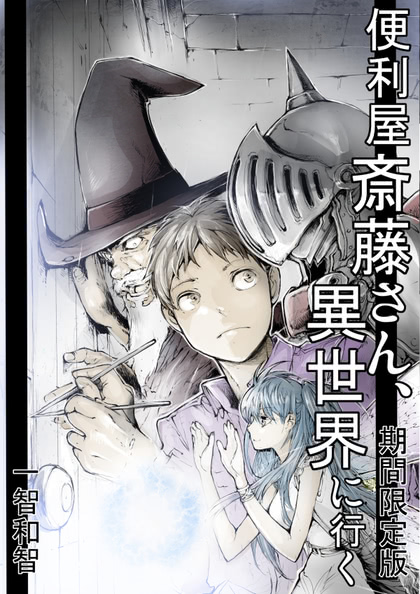