…it didn’t get better. Our Maid is premium eye candy, delivers a bit of lingerie service this week, and Rie Takahashi is doing a good job with the (poorly-written) role, but Saori Hayami is wasted as Our Annoying And Suspicious Little Boy, and no other characters have appeared yet.

I think this is a show that Steven would have expressed deep disappointment in, yet gathered dozens of screenshots from for the top rotation at his site. 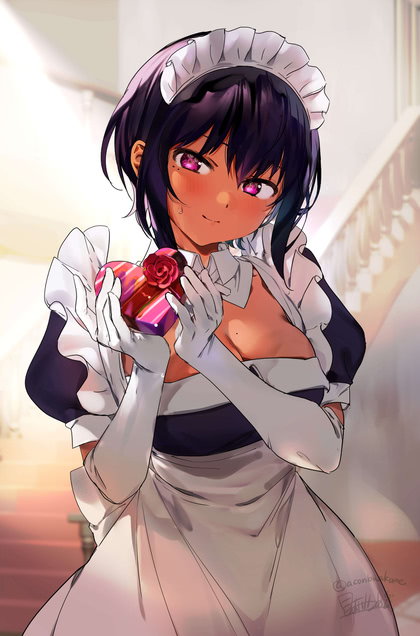 So far, so smoked…

Friday, I turned a pound of ground beef into three burger patties and loaded them into the smoker at 180°F for two hours, then crisped them up on the built-in induction burner while the buns toasted inside. Very tasty.

Saturday morning, I smoked 4 pounds of beef short ribs, hitting the “super smoke” button for a few minutes early on to try it out, and then very thoroughly scrubbing the inside (because my mom’s digestive system reacts badly to smoked meat) before cooking another set of burgers (commercially made but quite tasty) for dinner, this time on high.

At high temperatures, the Traeger is basically a wood-fired oven, and the Schweid & Sons burgers came out beefy and juicy with just a hint of smoke.

Sunday morning, I smoked strip steaks. I think I’m set for the week. 😁 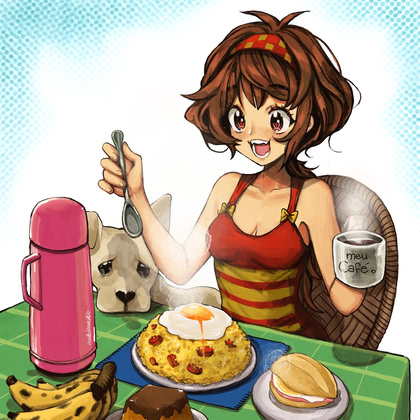 J: “Alexa, what is the jungle jim’s nearest me close?” (sigh, misheard “when does”…)

A: “Jungle Jim’s on Country Club Rd in Rehoboth Beach closes later today at 6:00 PM.” (note that the place I’m looking for actually has the domain junglejims.com…)

J: “Alexa, what is the location of the nearest jungle gyms?” (grrr…)

A: “I found a few nearby options: there’s The Jungle Gym Adventure Center, 89.8 miles away on South Sandusky St Ste 302, Workout Anytime - Miamisburg, 1.7 miles away on N Heincke Rd, and Gem City Crossfit, 0.3 miles away on S Alex. You can ask me for things like, what’s the address for the first one.”

J: “Alexa, what time does the jungle jim’s international market in fairfield close?” 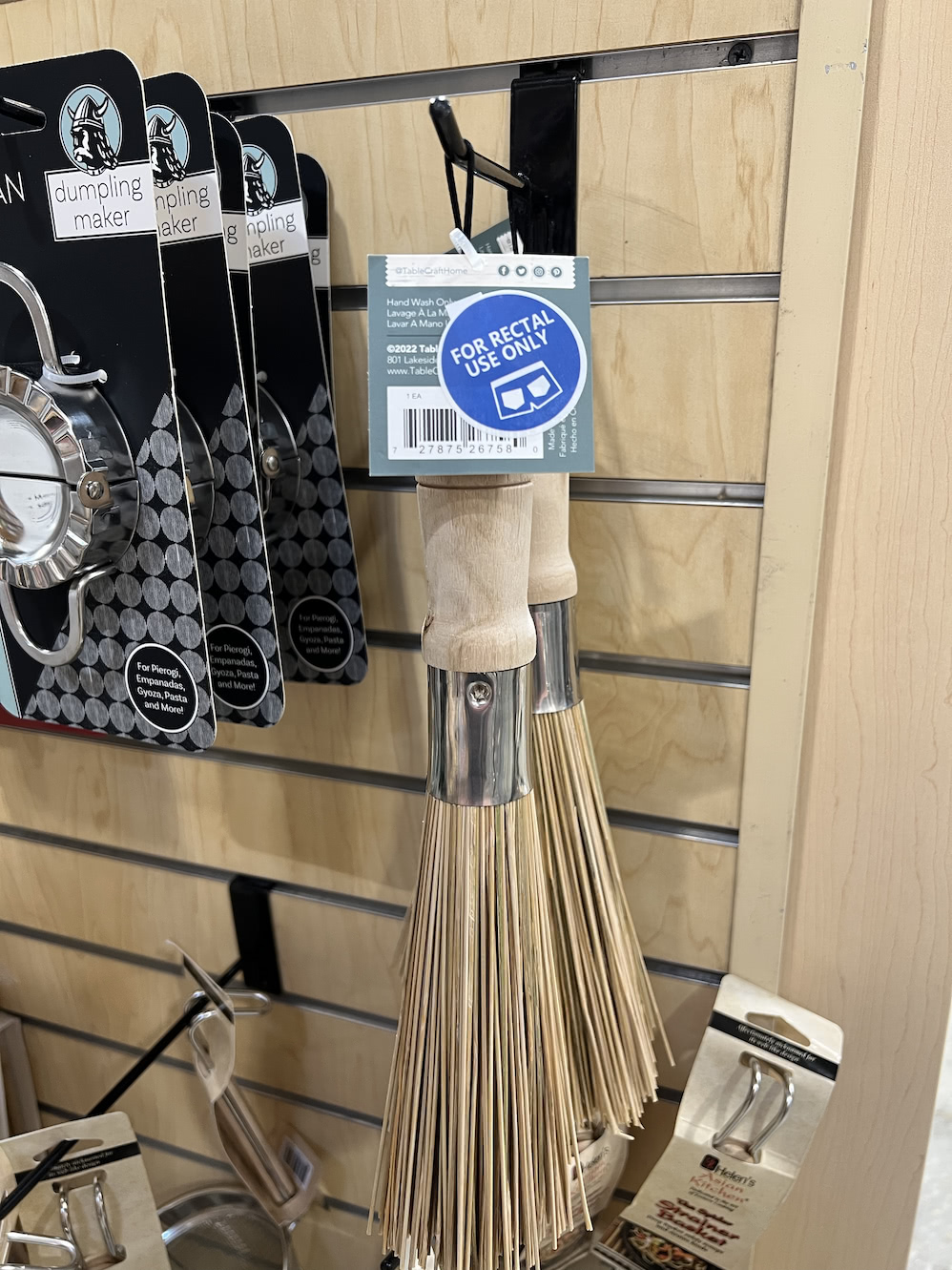 (the sticker was mildly amusing the first time I saw it in the store; it got old fast, as the vandalism was apparently random)

The empire strikes back?

Once there was a continent-straddling empire, tying together the lonely highways with gas, restrooms, and pecan logs. When I moved to California in 1993, Stuckey’s had been reduced to a mere handful of locations, few and far between, and I counted myself fortunate to encounter one (I still have the soda travel mug).

So imagine my surprise when I discovered that the branded candy display at Jungle Jim’s was not the last gasp of a sold-off brand, but part of the revitalization of a nearly-forgotten chain, now in the hands of the third generation of the Stuckey family. 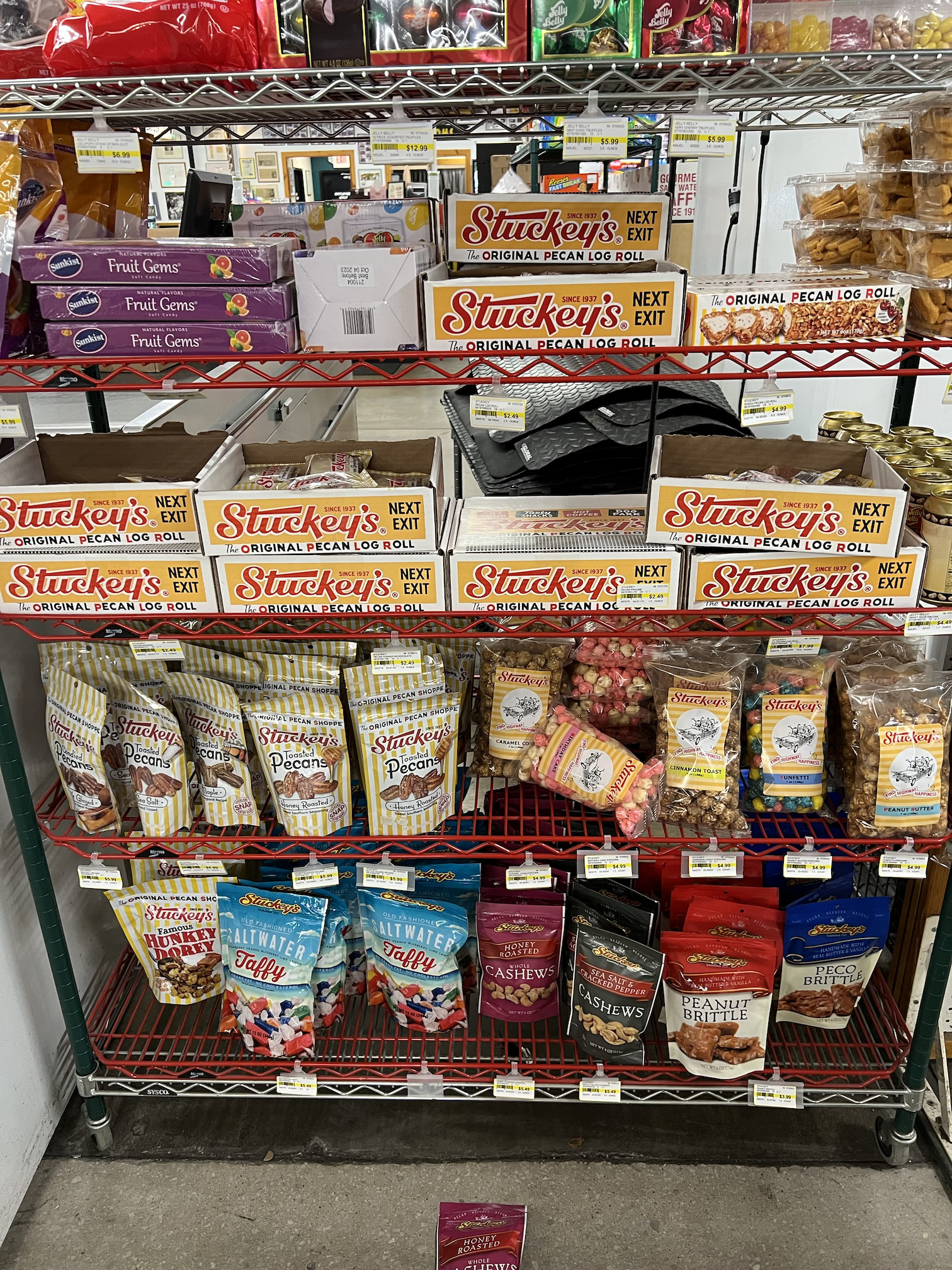