In which Our Realist Hero is reduced to a framing device for a side story about what happens when a nice guy inherits a slave shop. 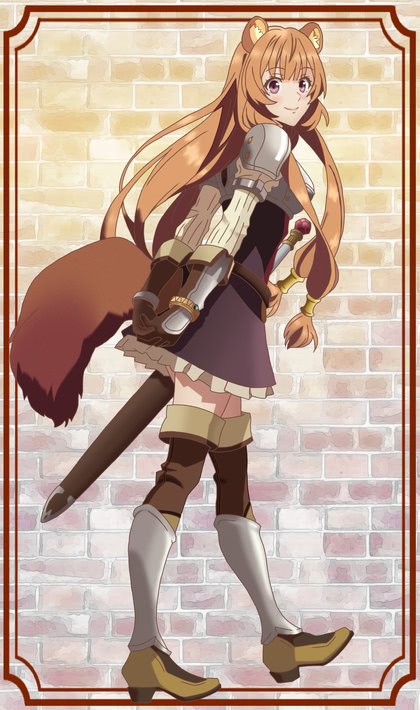 (no, not that raccoon-girl slave, but still quite tasty)

In which Our Magical Girls go undercover (but sadly not under the covers), Our Evil Chief Of Staff does his job quite well, Our Evil Researchers take two steps forward and three back, The Temp On The Mantelpiece almost goes off, and Our Hero lost the manual (classical reference courtesy of Pixy).

In keeping with my new tradition of giving up on fan-art for this show, here are some screenshots from last week’s episode, featuring the delicious-but-inedible Melty: 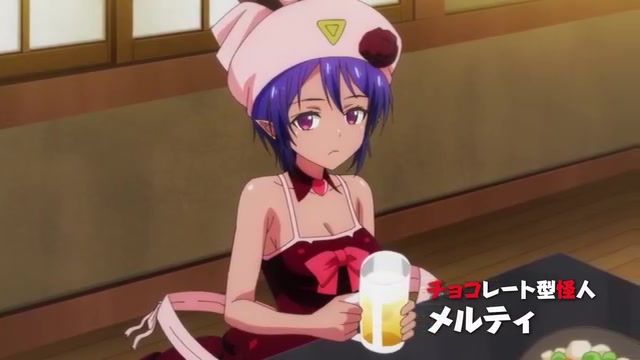 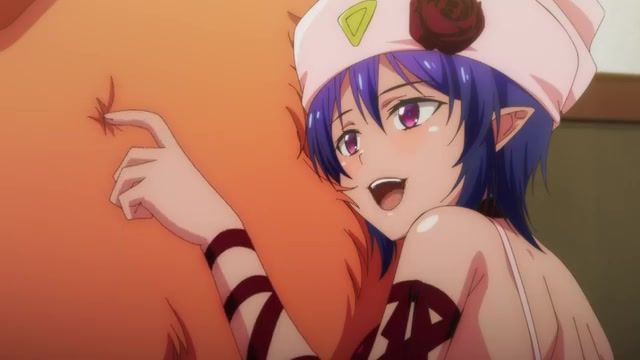 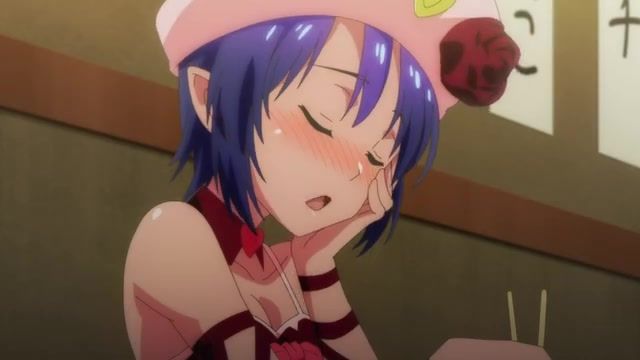 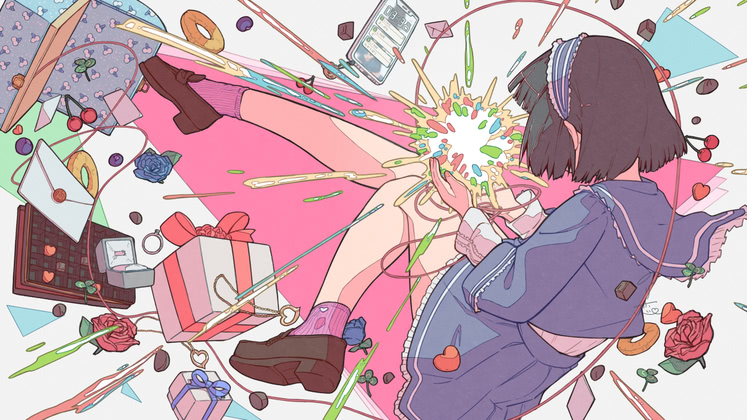 Once upon a time, I had a manager with a strong interest in adult materials, which were often viewed on his company-owned Mac laptop. One day, he stopped by in a panic, and asked me to quickly-and-quietly retrieve the DVD that was stuck in it, because not only wouldn’t it eject, but at random intervals the OS re-recognized it and auto-started the DVD player. And he was set to present in front of the execs in a few hours.

The drive had broken in a fashion that left a metal tab of some sort blocking the opening, so whenever it tried to eject, it would stop, pull it back in, and start the cycle all over again. Fortunately for him, I had the correct screwdrivers to not only open the case, but also the drive itself. When I pulled the top off, I was greeted with a picture of a naked filipina and the title Manila Milkshakes. 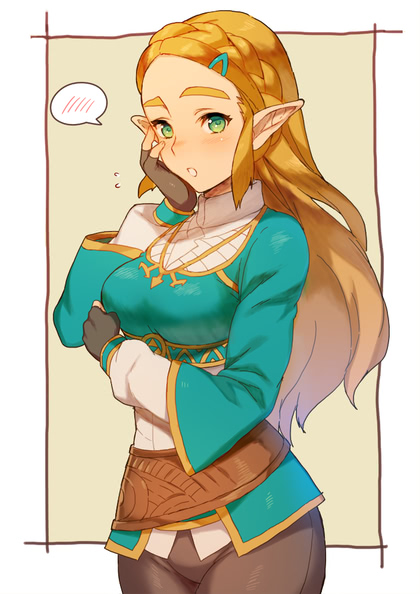 (Zelda doesn’t know what that means, but she’s quite certain it’s naughty)

I took a look at the Elgato FaceCam on Amazon, which promises pro-quality optics and autofocus for improved streaming. The “customers who viewed this item also viewed” list consisted entirely of sports bras. 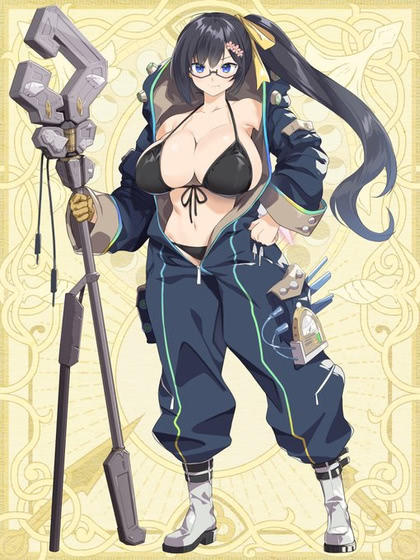 (definitely not a sports bra!)

I closed the lid on my MacBook Air last night, and once again it rebooted when I opened it this morning, once again without the expected dialog box reporting a reason for it to have done so. If I weren’t so busy packing and cleaning for the move, I’d spend the entire weekend migrating everything else off of it over to the HP Aero 13. Grrr. 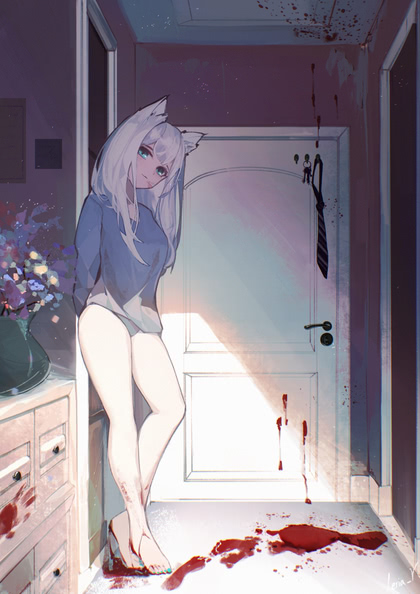 The annoying thing is that now that I’ve stopped using the Time Machine backups that take hours-to-days, a reboot convinces Carbon Copy Cloner to do its next incremental by scanning the entire file system rather than using the quick update method. Which is still much, much faster than TM, but hits the memory just a little too hard, causing wireless-mouse lag and slow response when switching windows; more precisely, vm_stat suggests that the kernel is constantly compressing and decompressing pages in virtual memory. SuperDuper, on the other hand, hits the CPU hard and leaves the memory alone, spinning up the fans during a backup but not affecting performance at all.

It was nice to go old-school at work yesterday and debug a problem using tail -f and tcpdump, but it wouldn’t have been necessary if the VM team hadn’t silently migrated a key engineering resource to a cluster in a new data center during business hours. And by silently, I mean “we found out the next day when stalled mirrors shut down the CI pipeline”.

Seems there was a tiny routing difference for IPv6 traffic between the two data centers, so that return packets went “somewhere”. Forcing the traffic to go via IPv4 instantly fixed the problem, and since it was a Friday afternoon, we left that workaround in place while they sort things out. 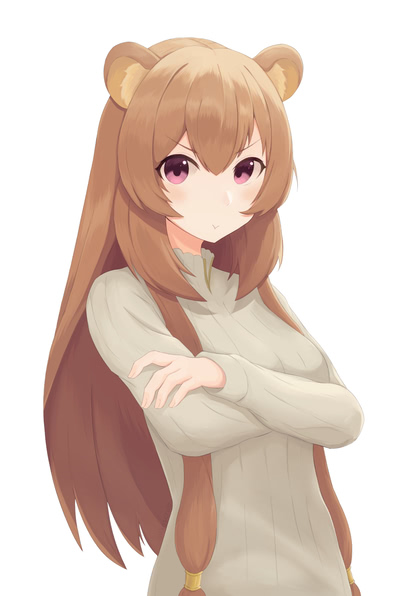 (Raphtalia would like a few words with the VM team…)

Got an identity-theft spam in my junk mailbox today that reverses the usual direction:

Greetings to you my beloved one.
My name is Mrs. Edith Benson from the USA, a widow suffering from cancer disease.

My dear I want to donate some part of my inheritance US$6.5 million to you for charity project in your country.

please reply back for more details.

This was sent to one of my gmail addresses; reply-to is also gmail, but actual sender is a different, phony gmail address routed through the common spam-whore pobox.com. 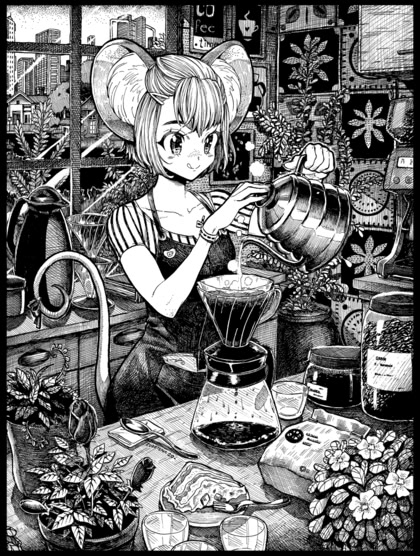 (picture is most definitely unrelated)