“I have no Kuroitsu and I must scream”

Since they delayed the release of episode 3 of Miss Kuroitsu from the Monster Development Department, I watched the second one again. The folks making this really do love the genre.

It’s really, really hard to make an interesting episode that’s nothing but wrapping up the diplomatic negotiations that started last week. It’s necessary to develop Julius, Jeanne, and Maria for later events, and set up the long-promised reveal of the loophole Our Realist spotted in the big treaty, but that doesn’t make it fun.

Worse, it doesn’t adequately signal that fun is on her way, ready to turn his plans upside down. While people often criticize adaptations for bringing haremettes into the story early, I think this one would have benefited from a few more scenes with her. Just having Julius ask about her once isn’t enough to really remind people that she showed up briefly last season. You’re left with “oh, look, it’s that other girl from the opening credits!”. 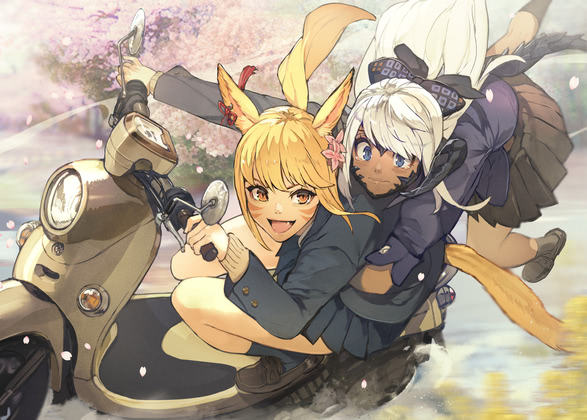 (picture of incoming fun is unrelated)