The Bureau of Magical Hotties

I’ve made it through several more episodes, and Kimie Tsukakoshi remains the best reason to watch this show. Not just for her sleek hotness, but as the only one of the younger actors who’s keeping up with the grownups, particularly Christopher Sommers. I get the feeling Elizabeth Cullen could keep up, but so far her character is just weakly written; you could say she’s doing a good job in a bad job. I honestly don’t have a strong impression of the others yet (except that Rainbow Wedell is quite striking, despite the best efforts of the stylists); they’re just filling out the cast.

The world-building has some issues. They can’t seem to decide between “magical beings hiding in plain sight” and “parallel civilization that doesn’t understand the muggle world”, and it leads to numerous fridge moments and me fast-forwarding to the next scene. 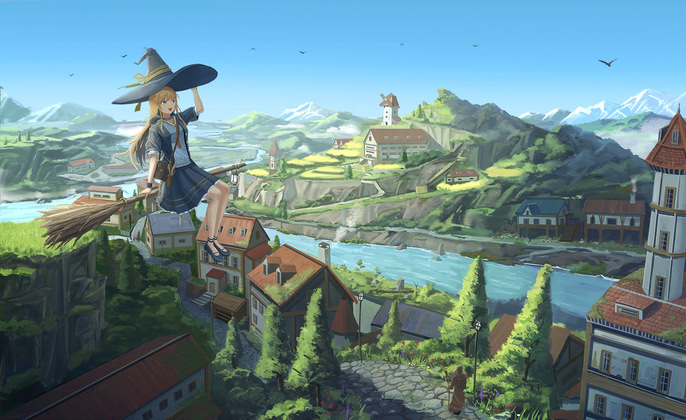 The Department of Interface Redesign

There’s a lengthy discussion on MacRumors about Safari 15’s confusing and terrible new tabs, and I found it completely baffling… because I still run Catalina. I fired up Safari for the first time on my work Mac, which runs Bug Serf, and sure enough it’s a child so ugly even its mother will have trouble loving it. It was not designed, it was committed. 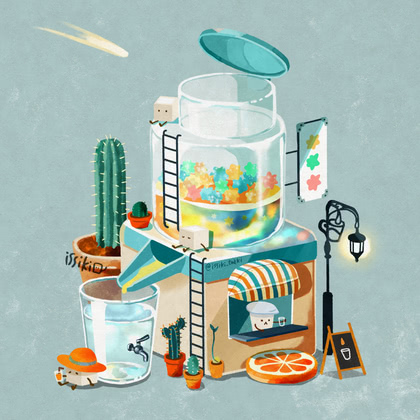 The Credit of Limited Usefulness

Amazon makes a big fuss about the benefits of selecting “Amazon day” shipping, offering a dollar or two in credit on digital purchases if you let them delay shipping your order and try to fit it into slightly fewer packages.

The catch is that the credit is applied to a book of their choice, so I now have 7 days to purchase Stranger in a Strange Land at $5 off, but only that one book. It’s not on any of my wish lists, it’s not one of my favorites, and I’ve already read both versions of it, so this “credit” will expire unused. I seem to remember that this used to be an actual credit that you could apply to any Kindle book, but someone chose to optimize the experience. 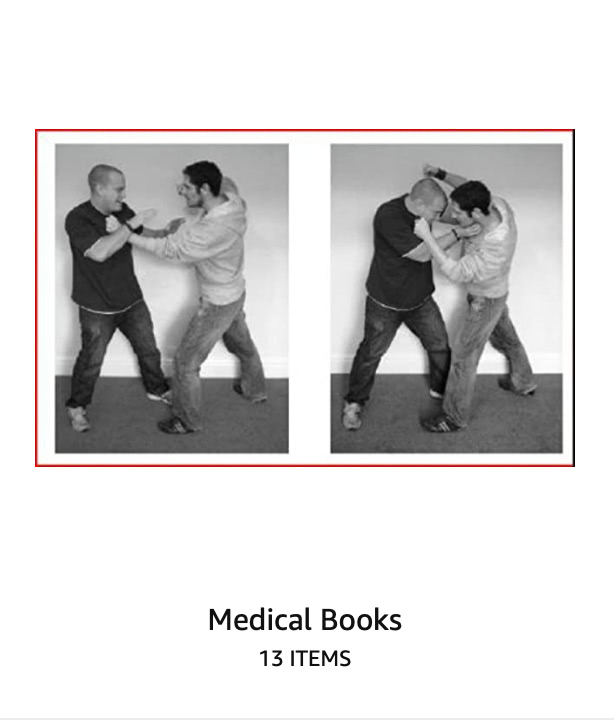 The Randomness of Everyday Essentials

Amazon, in what universe is rackmount Chromebook storage an “everyday essential”? I’m particularly intrigued by the $22 “protection plan”; come on, it’s a 3U shelf for a 19-inch rack, how much protection does it need? 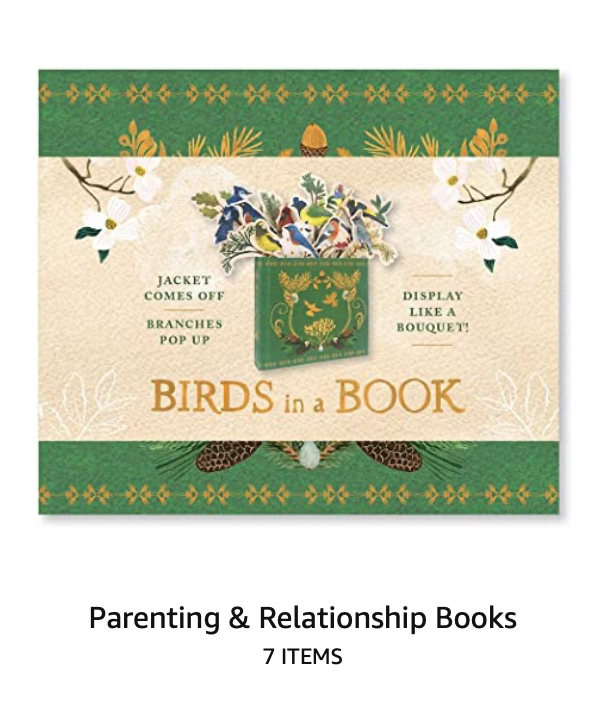 The Tiniest of Pie Slices

MacRumors reports on a survey proclaiming that Apple is now the most popular brand of watch… among upper-income US teens… replacing Rolex. Exactly how many of these formerly-Rolex-wearing American teens exist? 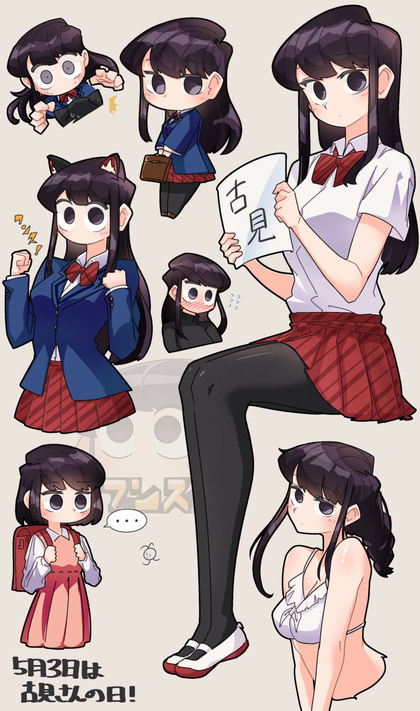 (Komi is unrelated, and held hostage by Netflix for two weeks)

The Lateness of New Laptops

Early Monday, the status went from stuck-in-Customs to:

Your package is in transit. We’re updating plans to schedule your delivery.

Which would be great, but it hasn’t updated since. And that message had it still located in Chongqing, China. Which means that it didn’t make it onto a plane, and still hasn’t.

Check back tomorrow for an updated delivery date.

The Arrival of New Lenses

The lens, on the other hand, is definitely in the hands of FedEx, and will be in my hands sometime between 8am and 8pm, with a signature requirement that leaves me tied to the front door all day.

I’m not complaining about having to sign for a $1,000+ lens, I just wish they’d narrow down the window just a tiny bit. 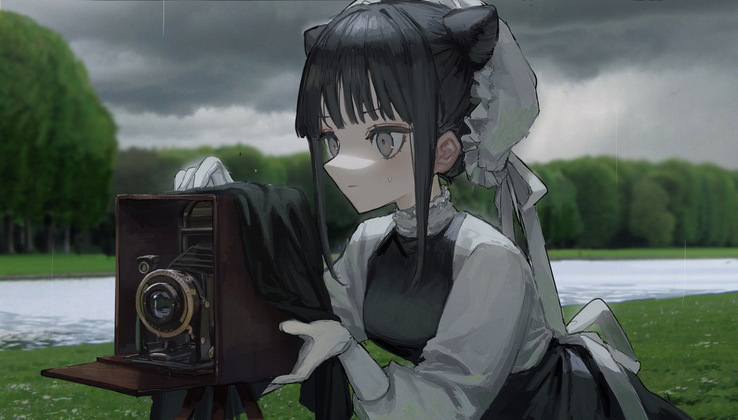 The Randomness of Apple Upgrades

There is no way to deliberately update Apple Airpods to new firmware; it just happens, under conditions that can’t be arranged or predicted.

“…even if the prayers were answered, and a miracle occurred, and the yen did this, and the dollar did that, and the infrastructure did the other thing…” 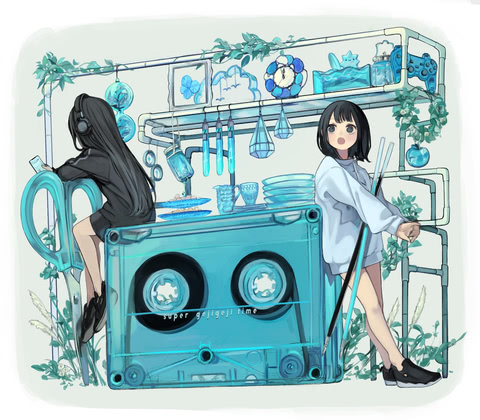 The Pharmacist of Rural Fantasyland

Meanwhile, Our Former Hero talks his way through the premise of the show, preparing for Slow Life, With Girl. Just the one, despite the huge tracts of land possessed by the cute adventurer-guild poster girl who’s obviously a bit smitten. The OP and ED make it clear that there won’t be any competition here, once they meet up next episode. 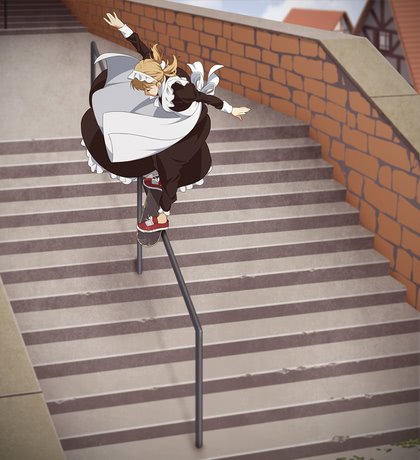 (no fan-art for this one yet, so here’s a maid on a skateboard)