Not watching, but spotted an interesting review of the original light novels, where someone commented that they found it rather offputting that the author kept laughing at his own jokes. That explains a lot, actually. 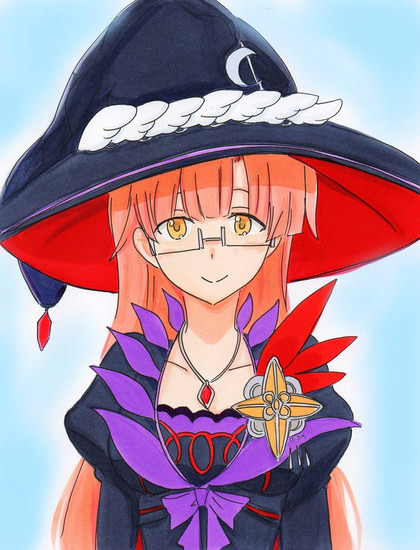 (and, no, most fan-artists aren’t watching this show, either)

Yup, there’s nothing on. This season is so weak that I’ve started watching the uncensored version of High School DxD on Funimation. So far, the only two female characters without giant gag boobs are the kitten named “Kitten” and the white girl named Asia. Their figures would be spectacular for real-life high-school-age girls not named “Ai Shinozaki”, while the bowling balls the rest of the girls are attached to should leave them all crippled with pain, even with demonic powers keeping their permanently-stiff nipples at unnatural angles. Dunno how many episodes I can keep this up for… 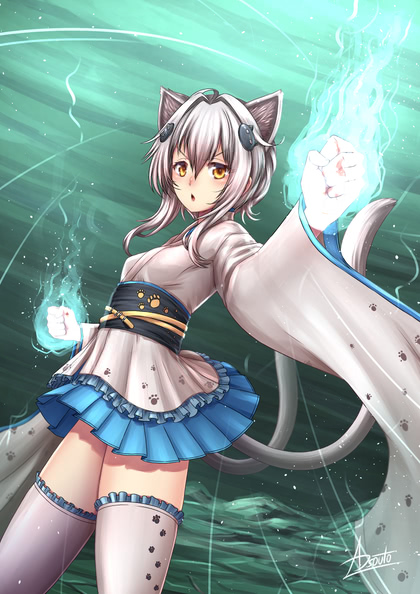 (I had to go looking for this, because out of more than 25,000 saved Pixiv pics, I didn’t have a single one from this series)

Next season, the only things that look watchable so far are That Slime Spinoff and the long-overdue Zombieland Saga: Revenge. 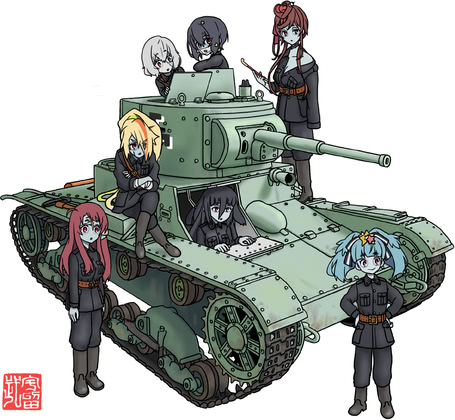 …unless you guess that they locked my account again with no explanation. 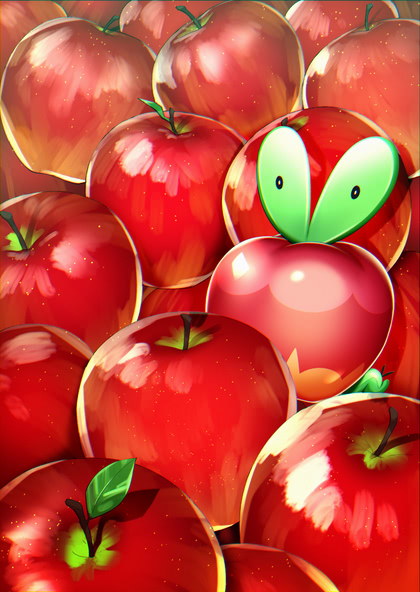 Surprisingly, I’ve only had to log in once on each device to restore functionality. So far.

Remember when I canceled DirecTV in November and returned my equipment the same day, only to have them try to bill me for it at the beginning of January? Remember how I pulled out my carefully-saved receipt and read the confirmation number over the phone to a rep who confirmed that it was received and the bill would be canceled?

DirecTV doesn’t. They just tried again. Really, really glad I removed my credit card from the account before I called them last month.

It only took about five minutes of ads from a company that’s trying to rip me off for $150 to get through to a human, who agreed that yes, this should have been fixed last time, but I was talking to the wrong department, and needed to talk to the warehouse to confirm that the equipment I had a return receipt for actually arrived.

I pointed out that the fact of my receipt and its presence in her system made it Not My Problem, but she insisted that since it wasn’t a billing issue, she had to transfer me to the warehouse rep. She couldn’t give me a reference number or a direct phone number, but happily waited on hold with me to ensure I was correctly connected and the call was not dropped. Sweet time-waster for someone paid by the hour, says I.

After fifteen minutes of increasingly hard-to-understand ads, I was finally connected with someone who I could not understand at all. Not because of her accent, because approximately 50% of the voice packets were missing. Fortunately, she could hear me just fine, so I could give her my callback number. Unfortunately, it took another several minutes for her to convey the message that she couldn’t disconnect and call me back until I hung up. Yeah, whatever.

To my surprise, she actually did call me back right away on a clean line, confirm that the ticket was being escalated, and give me a reference number and approximate ETA: 10-15 business days.