1st the end trouble You studied many
Even tomorrow will make efforts
Day sets and the time of the under school
Stepping on the shadow that grew I will come back cheerfully
However, I wait a little bit I see the surroundings Is not it strange something?
The thing that attached to the head be what?
The thing that protruded prettily be what?
Be careful! fellows are coming to there
Escape early! fellows are next to you
Do it! Attach the ear of a cat!
Do it! Attach the ear of a cat!
Raise both hands! (highly toward the sky)
Raise both hands! (More highly toward the sky)

(only known reference to the creator, Kanden Chui)

MatterControl is a free 3D-printer manager/slicer/dicer from an online retailer that sells lots of filament, accessories, and printers (including their own models based on the open-source Prusa design).

I had a small part that required just a hint of support, and the Dremel version of Cura is all-or-nothing when it comes to generating supports. Since this software was next on my list to try, I fired it up, decrypted the user interface (universally foreign to all the platforms they support), loaded my part, selected from a library that included working settings for all of Dremel’s branded filaments, sliced, saved, and sent the gcode over the network with my little Bash script. Part came out clean and sturdy; “will slice again”.

I’ll get to try it out the next time I start loading up the baby takadai with bobbins, since it’s a small tool designed to make that process easier. The first version of the part was workable but clumsy, and I think the changes I’ve made in v3 will make it even easier. There might be a v4; still tinkering with how it attaches. 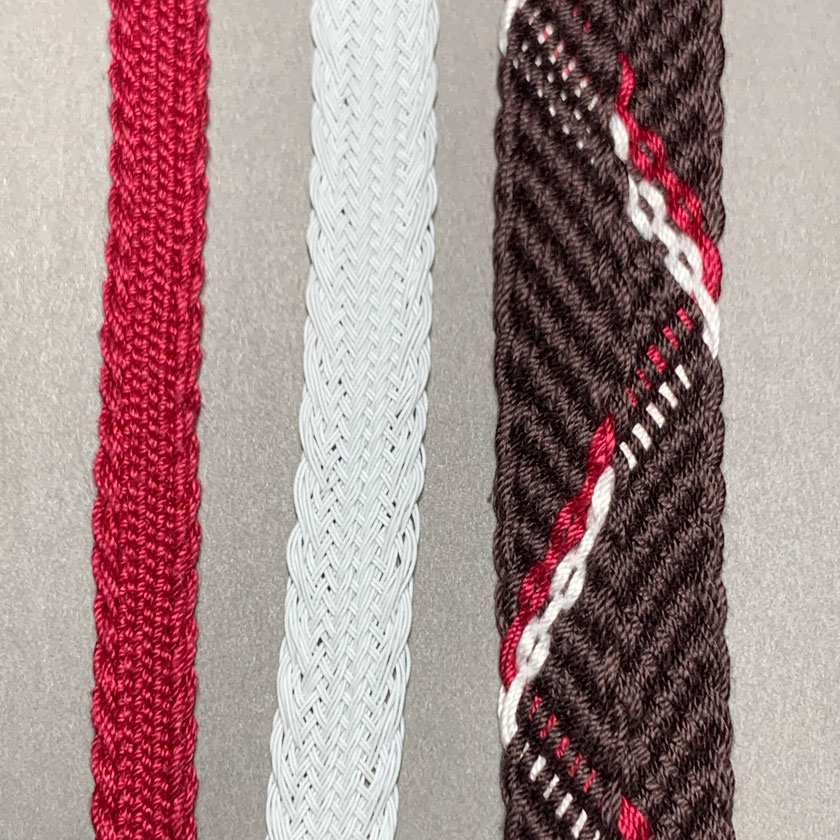 The braid in the middle is the PU/steel wire, in the same pattern as the one on the left. The one on the right is my first attempt at Sasanami reduced to 37 tama. You can see some tension and beating issues that I don’t know if I can solve on the babydai; the weighted bobbins (ezee-bob, bob-eez, whatever) are too light, and the frame is a bit small for me to really beat the weft in.

(that is, Sasanami is a warp-faced braid, where you shouldn’t be able to see the weft peeking out from underneath the thick ribs. The white threads should completely disappear instead of looking like a dotted line. The red isn’t as obvious against the background, but still peeks out)