Last night I traded a French Kubfu for a Mewtwo. Since I never intended to seriously play my French save of Pokémon Shield, this was a no-brainer.

What may be the sleeper hit feature of the DLC is the ability to craft most items. The good news is that you can turn all sorts of useless crap into items that are otherwise difficult or expensive to obtain.

For instance, if you do any raiding at all, you quickly hit the 999 inventory limit for Dynamax Candy, because you can’t sell it and the most you can ever use on any one Pokémon is 10. Pre-DLC, it was a completely useless reward after about a week of play.

Now you can use four of them to craft a Dragon Fang, and then use two of those and two more candies to craft a Wishing Piece, something you usually purchase with Watts. And you need a lot of Watts to finish upgrading your island base (even considering the new random-Watt supplier who gets paid in Yet Another Currency).

The bad news is that you have to click 18 times per Dragon Fang, and ~40 per Wishing Piece (depending on how far apart the materials are in your inventory), for a total of ~76 clicks. And there are delays and animations that slow the process down further, as usual.

In short, crafting is great for things you need one or two of, but not for something you use in bulk. Unless you have a third-party controller with macro support (apparently there’s an Android app that works).

Sewing is more fun in Japan…

…at least if you can get Asuka Kawazu to do it for you. 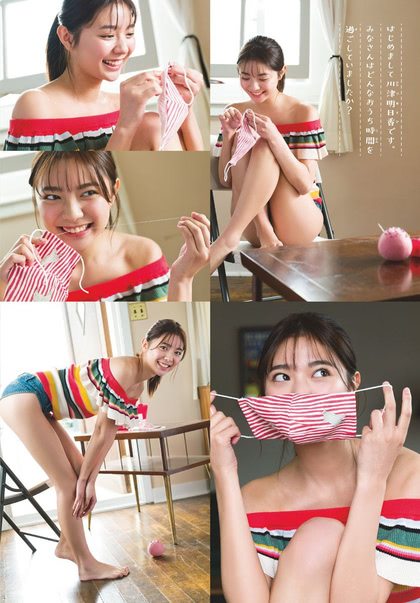 Amazon has a trade-in deal running for old Echo devices. I’ve got at least two devices that qualify, and I wouldn’t mind replacing them with one of the current ones. No link because the URL was one of those where you’re never sure just how much personal info is encoded in it.

If you’re going for a worthless degree…

…you might as well go for Ninja Studies. It’s slightly less fictional than most ‘studies’ degrees.

I just bought a very nice toaster oven. The “Inspired by your shopping trends” section of the home page now includes four toaster ovens, along with a cookbook for the premium air-fryer edition of the brand I didn’t buy. Also three brands of oven pushme-pullyou stick, three brands of silicone oven mitts, and a stovetop butter warmer. The “Inspired by your purchases” section contains four brands of disposable plastic cup with lid and straw, a Fry Daddy and three brands of frying thermometer, a garlic press, and a pastry brush. Apparently I should be planning quite a party.

(“Inspired by your Wish List” consists entirely of Funko Pop figurines, because they’re finally releasing a Pinky in a few weeks)