Vacation, all I ever wanted...

“Happiness is a warm server room.”

No, wait, that’s not right.

“Happiness is rooftop building maintenance that interrupts your server-room cooling, with portable chillers that just aren’t cutting it, followed by a surprise UPS failure that takes down all your servers. While you’re out of the country.”

Could be worse. Instead of canceling our visit to a temple flea market and a shrine festival this morning, it could have happened on Friday afternoon… 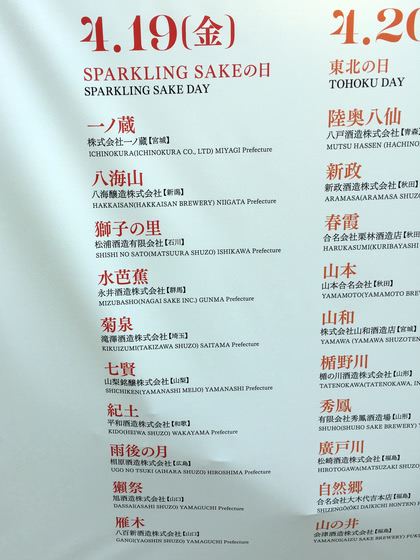 Craft Sake Week at Roppongi Hills is a brand-new event. We walked over from our hotel in Shiba, got there just before it opened at noon, chatted with the woman running the show (a charming New Zealander who wanted to make sure the limited foreign-language support she could offer was enough for people), and then spent the next four hours drinking glass after glass of really terrific saké.

Thanks to my sister’s well-honed talent for hitting it off with strangers anywhere in the world, we hooked up with a mother and daughter who were on the latter’s final Spring Break vacation before starting her Master’s program in Economics in London. After working our way through the available offerings, the four of us wandered over to the Kit-Kat Pairing Bar, which used “AI” (no actual AI were harmed by this marketing stunt) to pick the right combination of seasonal Kit-Kat and saké for each of us. Ally, the daughter, promptly cheated and ran through the questions again when she didn’t like the result. We approved.

All told, we spent over four hours drinking and chatting, leaving me drunk enough to feel it, and my far-less-massive sister well into wheeeee! territory. The walk back to the hotel involved much greeting of random pedestrians, a bit of stumbling and weaving, and some cat-herding on my part. The day ended early.

Next up, Saturday with penguins, gyoza, a shinkansen ride, and more gyoza (because our neighborhood tonkatsu curry udon joint was closed for the day).

Meanwhile, I watch our group’s Slack channel for news that the UPS is fixed and the folks on-site can bring up enough infrastructure for me to VPN in and do some sadly-necessary work.

Surprisingly clean recovery, although the UPS required a visit from an electrician to get it back online again, delaying things enough that we got to the flea market a bit later in the day, which made for a somewhat sweatier shopping experience (highs up to 78 this week in Kyoto, with humidity to match).

My knees, shins, calves, and right ankle are vigorously expressing their disapproval of all the walking, while my feet are just in a “we’ll get you for this later, dude” mood. All are responding nicely to a felbinac/menthol lotion I discovered on an earlier trip and picked up as soon as we got here.

Foodwise, we’ve struck out twice trying to visit the katsu curry udon place (pro tip: if you’re going to be closed for multiple days, don’t just put 本日 (“today”) on the sign apologizing for it and leave it up for several days).

Finding Tiger Gyoza Hall more than made up for it. The Pukkuri Gyoza in particular were so good that we were tempted to say “mata ashita” on the way out. And, yes, my sister hit it off with two charming older men who spoke decent English and drank heavily, and it turned out one of them had lived in both Chicago and San Jose. Despite being named “thousand winters”, he confessed to preferring Silicon Valley’s weather over Chicago.