…is the Mouretsu Pirates: Abyss of Hyperspace movie, due out on November 12th. The deluxe edition is only at #86 today. 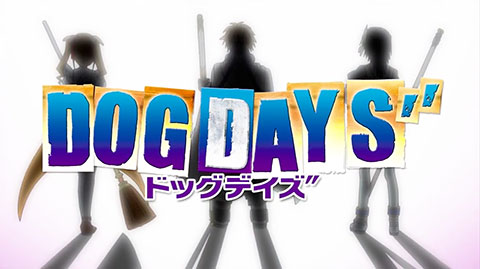 I sort-of miss my Japanese spam

For a long time, I’ve been getting email spam in Japanese. I let it pile up in the spam folder and went through it occasionally for laughs, but I haven’t had any since the end of July. Even before that, it had been gradually tapering off, mostly coming from a single source that for some reason always included “LINE” somewhere in the subject.

I still get plenty of Chinese spam containing infected Excel spreadsheets (or, very rarely, infected Word documents), phony warnings from random banks and courts that contain infected zip files, whatever the latest domestic scam is (mostly weight-loss for the past few weeks), and the usual assortment of get-it-up or make-it-bigger medications, which mostly come from Russian domains.

But nothing in Japanese any more. My spam folder has 5-10 per day up to July 24th, and nothing after. The last amusing one was all the way back in December, when one of them dragged out the gyaku-enjo ad again.

The closest I’ve gotten to actual fun spam recently was the Spanish-language one offering a how-to class on making sushi, from a cooking school in Buenos Aires.

This is just… kinda sad. It’s one thing to cater to the wannabe-ninja crowd by selling outfits and weapons that are as historically-accurate as the katana from Highlander, but $140 for this is pure sucker-bait:

This hand forged Shuriken set is not only made according to Meifu Shinkage Ryu specs but also include a certificate of authenticity signed by Yasuyuki Otsuka himself, Soke of Meifu Shinkage Rryu.

We are also glad to present with this Shuriken Set our original and unique carry pouch. Made from durable canvas and double layered in the Shuriken tip area this pouch is perfect to carry the Shuriken to your Dojo.

At least if you buy these, you’ll be getting hand-made iron spikes that are good for something. And that won’t get you unpleasant attention from law-enforcement.

I understand the need to cater to the wannabe-* crowd. It’s hard to stay in business as a martial-arts supply store that only sells to serious students, and the high margins on goofy/cool-looking stuff pay the rent, much the way Gil Hibben’s multi-pronged fantasy knives used to.

(I should also note that I have nothing against the various “ninja” schools; apart from their historical claims and taste in weapons, they seem to be legitimate modern martial arts, and there’s nothing wrong with being modern. After all, while Judo was invented in 1884, it didn’t really spread until it was made part of the 20th-century middle-school phys-ed curriculum (along with a newly-standardized Kendo, and Naginata-do for girls), and Aikido and Karate came after WWI. In fact, the art that Aikido is based on, Daito-Ryu Aiki-Jujutsu, may have been invented about the same time as Judo, despite claims to a 900-year history)

From the basic rules in the new edition of Dungeons and Dragons:

You can play a male or female character without gaining any special benefits or hindrances. Think about how your character does or does not conform to the broader culture's expectations of sex, gender, and sexual behavior. For example, a male drow cleric defies the traditional gender divisions of drow society, which could be a reason for your character to leave that society and come to the surface.

You don't need to be confined to binary notions of sex and gender. The elf god Corellon Larethian is often seen as androgynous or hermaphroditic, for example, and some elves in the multiverse are made in Corellon's image. You could also play a female character who presents herself as a man, a man who feels trapped in a female body, or a bearded female dwarf who hates being mistaken for a male. Likewise, your character’s sexual orientation is for you to decide.

Therapeutic role-play rarely mixes well with gaming, and SJWs are no fun at (or in) a party.

Update: how would I write this, to get the point across without bullshit gender-studies jargon and really stupid examples? (note that I’ve added back the first and last sentences, above. I originally left the first one out because it was the only sensible part, but then I read multiple complaints that it was still too “binary”; I added the last sentence just for completeness)

There are no sex-based restrictions or penalties in D&D you are free to create your characters as you imagine them, and role-play your choices.

I find this argument oddly compelling...

Brian Cates has a healthy dialogue about modern feminism. Only work-safe if everyone around you admires the sight of Sofia Vergara in very little clothing.

I wish they’d run reruns of Fuera de Serie sometime; while the main attraction was Sofia’s amazing body, it was actually a fun little travel show, even if you don’t speak any Spanish.