Identifying as a liberal arts major...

“They told us we’d never use math after graduation, so I didn’t learn any.” 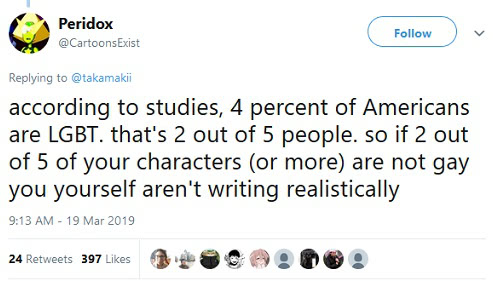 In reality, not many stories have 25 fully-fleshed-out characters in the first place, but in the ones that do, they’re generally too busy being part of the story to wave their diversity checkboxes in your face.

Unless the writer sucks, of course.

In fairness, this is a teenager, so he still has a chance to avoid a future in Tumblr’s SJW Vortex.