A couple of days ago I stumbled across the German name for the Chinese dough-enhancing technique called Tangzhong: Mehlkochstück. That was amusing, especially since there were two other related German techniques that involved different ratios and temperatures (quellstück and brühstück), none of which had been translated into English.

Today, I stumbled across an article by the author of the BraveTart cookbook, insisting that the Japanese name for the technique was yukone. This came as a bit of a surprise to me, since it doesn’t match the kanji used by any of the Japanese bread companies I found recipes from (at least one of which punned on the name with “Ii yu da ne!”).

Her source initially seemed persuasive, however: a Japanese research paper involving using an MRI to examine bread structure with and without the “water roux” paste.

Unfortunately, the paper is in English, and does not include the kanji for “yukone”. My guess is 湯粉練 (“hot water” + “flour” + “to thicken into a paste”), but plugging that into Google returns absolutely nothing in Japanese, and just 湯粉 returns soups. The hiragana ゆこね doesn’t work, either.

So now I’m wondering if the paper’s phrasing “a process known as yukone in Japanese” just means “jargon invented by our research team”. This is supported by the article’s citations, which include a much more recent paper with the translated title: “Effect of Heated Gluten on Bread-making Qualities of Yudane Dough”.

Also, unlike the typical 5:1 water/flour ratio in tangzhong or 2:1 in yudane, they used a 1:1 ratio, which really is papier-mâché paste.

It’s yugone, 湯捏ね = “hot water” + “kneading”. Still no references on Amazon Japan, but the handful of recipes I found with those kanji used the same 1:1 ratio as the research paper. Some of them used “yugone” for the technique and “yudane” for the resulting starter.

If you’re in a Japanese bakery, look for 湯種食パン (yudane shokupan): 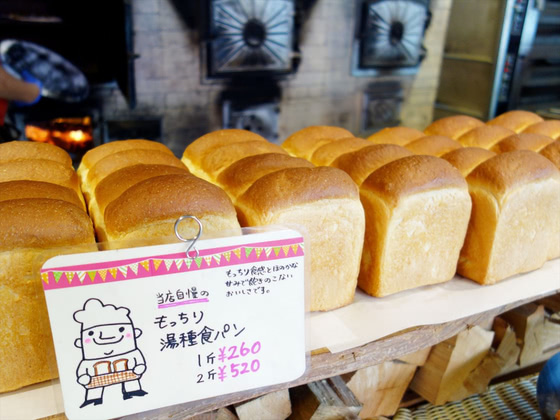