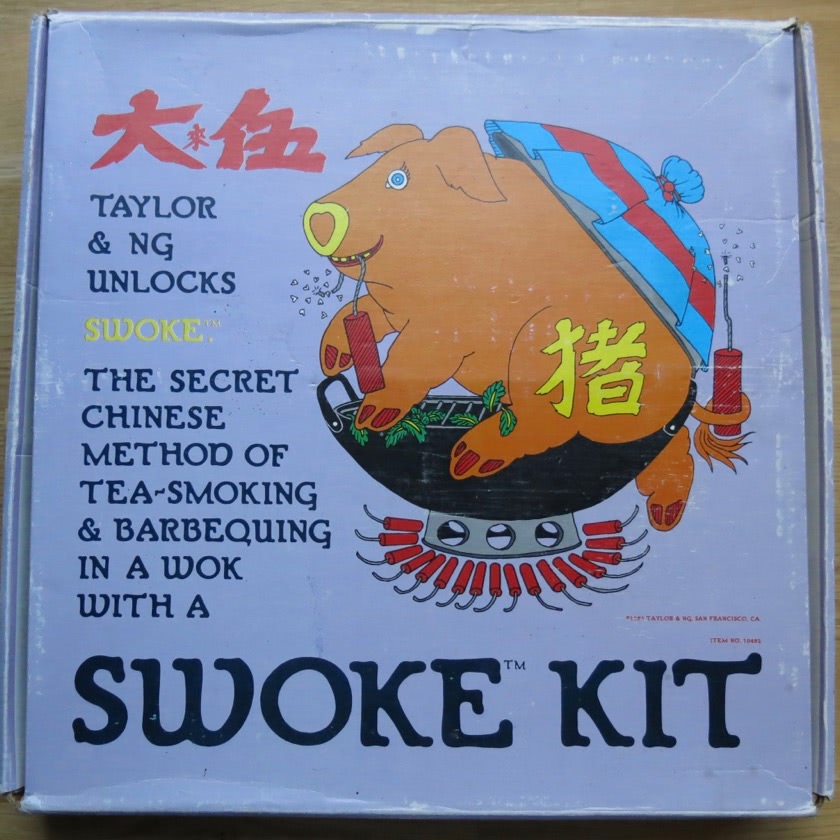 My parents are on a stuff-eliminating binge as part of their move into a new place, resulting in a number of rather surprising packages arriving at my house. Clearly I come by my packrat ways honestly.

This never-used gem turns a 14-inch wok into a tea smoker. The company still exists and still sells woks, but Google suggests that I may be the only one in the world with an honest-to-gosh Swoke Kit.

I’m pretty sure the included wood chips and tea leaves have lost their flavor since 1983, though. 😜