Over the past few years, my email exchanges with Steven Den Beste dropped off, to the point that the only time he wrote this year was to tell me the comments were broken on my blog. As with most of his online friends, most of our interaction was in blog comments, here, there, and elsewhere.

The last long email I received from him was in March, 2012, and it was a technical question about photography. He’d come across some pictures and couldn’t figure out how the photographer was pulling off the trick focus.

In his typical way, he explained precisely what the effect was and how it would be accomplished with view camera movements, but he couldn’t figure out how someone had done it with a live model in a public place, as part of an otherwise unexceptional glamour shoot. Surely he hadn’t set up a heavy camera and tripod and gotten the naked girl to hold still while he painstakingly tilted the focus plane.

In answer, I sent him a link to Lensbaby, a product he hadn’t heard of.

I don’t think I still have those (NSFW) photos, but here’s something I was saving for a cheer-up-Steven day: the ultimate anime cheesecake figure. 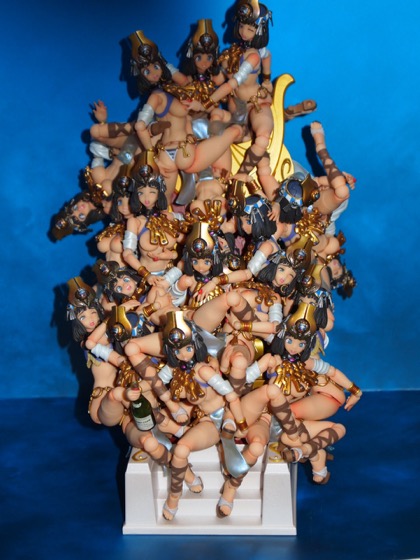