Refrigerator so “smart” it joined a spam botnet. When combined with the eavesdropping Samsung TVs, we face An Exciting Future.

Bye-bye, DSL; it was nice

[Update: all switched over, and the only difficulty in the install was discovering that Comcast still ships routers that hang onto MAC addresses for dear life, preventing you from reusing an IP address on the LAN side unless you reboot the silly thing. This was dumb on a home line ten years ago, and inexcusably stupid on a business line today. On the bright side, it came with native IPv6, so I can get rid of my Hurricane Electric tunnel sometime soon.]

So on March 9th, I got email from sonic.net informing me that their current DSL service was going away on April 10th, and that I needed to call right away to upgrade to their new faster-cheaper-better service.

The person who answered the phone seemed surprised that I’d actually called right away. Then she put me on hold for several minutes while she looked at my account, then she said she’d call me back. She didn’t.

So I replied to the original email, which surprisingly actually went to someone, who answered and said someone would call me back. Today, I got a long, casual voicemail from someone who eventually got around to explaining that the new service isn’t offered in my area, and I’d need to find a new ISP. Yes, I was expecting this.

(short version: they had a contract with AT&T to use their lines for DSL, and that expired)

So now I’m waiting on a callback from Comcast Business to schedule an install. It will cost more, but even their cheapest plan is much faster than the 6000/768 I have now. Internet-only; I’ll keep the Dish for TV, and migrate the landline to an Ooma box.

Words that should never appear in the same question:

I think I can live with this performance on the new Comcast line.

[Bonus! My new static IP range is not blacklisted by Paypal. Both my old AT&T and Sonic.net ranges were for as long as I had them, and not only does Paypal silently treat it as “incorrect password”, their customer-service folks don’t even acknowledge that this is possible. For years, I’ve had to open a VPN connection to my office just to be able to log in to my account.]

Harry Potter takes over the world

No, not like this, although the title is certainly Potterish: 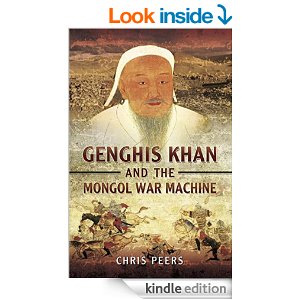 Instead, I’m referring to a rather long bit of alternate-canon fan-fiction in which young Harry Potter was raised, not by the Dursleys, but by a science professor at Oxford. As a result, he grew up reading science fiction and fantasy, and learned to apply the scientific method to the world around him. The quite long story has finally been completed:

Harry Potter and the Methods of Rationality

The ending is less satisfying than the beginning, or even the middle, but it holds together surprisingly well. And the author was very careful to not only use real science, but to cross-reference each chapter so you can follow up on any concept that strikes your fancy.

So, the old Radioactive Panda site is mostly dead, but, as promised, Stone Clouds is back, this time on its own domain, starting with a re-release of the old material, with cleanup and color.

…not that there’s anything wrong with that.

With the number of servers that have caught fire or things that have needed sudden extra attention at work, I ask, in the words of Lyra Lackwit:

Searching for end mills on Amazon

There is a significant overlap between the categories “router bits” and “end mills”, something Amazon reflects by freely switching between the two in search results, so that it can be a bit tricky to find the exact tool you’re looking for. In almost all ways, a search that begins by drilling down (sorry) through the category path Industrial & Scientific → Cutting Tools → Milling Tools → End Mills will be far more useful than a top-level search that inevitably takes you to the Router Bits section of the Tools & Home Improvement category.

The reward for careful navigation is the ability to refine your search by almost every possible characteristic of an end mill: material, coating, overall length, end cut type, cut type, flute count, and cutting diameter. If they added shank diameter, it would be perfect.

(still don’t have my Shapeoko 3 yet, sigh; according to the last update, there was One Last Part that Finally Shipped, and once it arrived and had some finish work done, they’d start charging credit cards and shipping out product)

The latest bullying by gay activists is being led by Apple CEO Tim Cook, demonstrating once again that tolerance isn’t good enough: they demand praise. They’ll gleefully punish any photographer, baker, or florist who refuses to affirmatively support gay marriage, and now they’ve moved on to shunning an entire state for an unexceptional law that might allow photographers, bakers, and florists to escape from their angry mobs.

[Update: that pizzeria in Indiana that said they (hypothetically) wouldn’t cater a gay wedding? Closed, possibly permanently, due to death threats. Extra credit to the high-school coach that solicited accomplices for arson. And of course the thousands of people who harassed them on Twitter and Yelp would be offended if you called them hate-filled intolerant bigots.

Reporter Alyssa Marino was sent out to create a fake news story, and she and her editor willfully destroyed the lives of people whose only crime was honestly answering a hypothetical question about an extremely unlikely event, while at the same time affirming that they had never discriminated against gay customers in the past and had no plans to start. Alyssa Marino is not the one being threatened by strangers around the country. She’s not the one whose livelihood was taken away from her by fear of retaliation. She’s also, apparently, without regret or shame.]