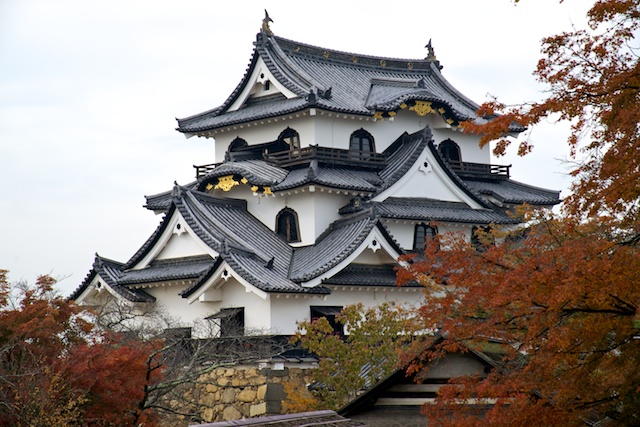 We had originally planned to go to Himeji, until we discovered that the castle there is in the middle of extensive renovation, and will be for quite a while. Hikone, despite being close to Kyoto and highly-recommended, had few non-Asian tourists. Not only did a group of old men eagerly photograph my tall, blonde sister, one of the many schoolboys marched up and read his report to us. 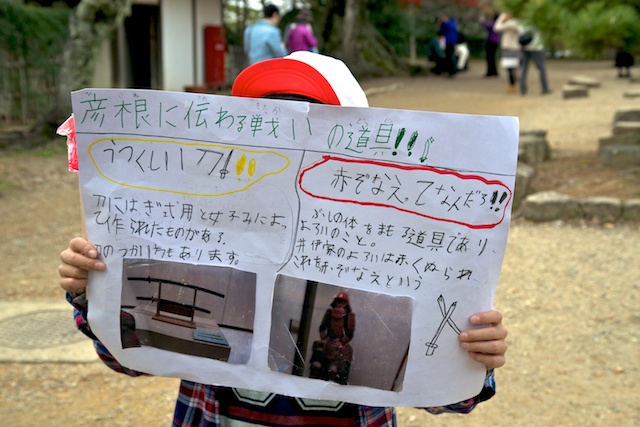 He was so earnest that we tried hard to get a picture of him, but not only was he shy, the report was written on the back of the poster. 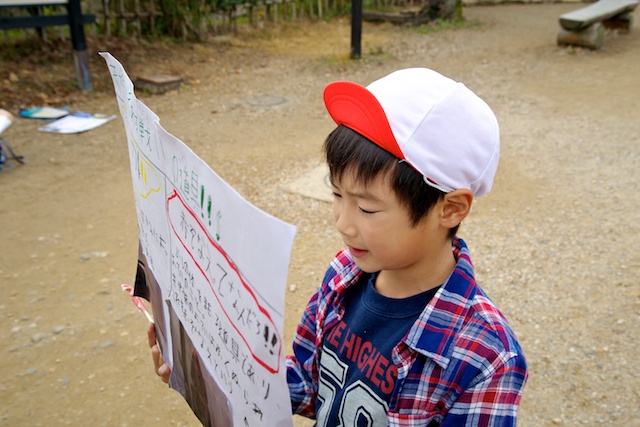