iPad Lust: C-ko must be mine!

I’ve been very skeptical about the iPad. Even if you ignored Apple’s legendary “never buy a 1.0” problem with new hardware and software, there was a very serious problem that Steve Jobs and his famous Reality Distortion Field failed to answer at the announcement, or any time since: what’s it good for?

Shiny. Sexy. Big iPod Touch. Horribly mis-managed —and micro-managed— app store. Extremely closed content model. Out of the box, there’s really nothing to do with it except show off your disposable income in a time of high unemployment and rising taxes. And all those eager app-store developers (or, more precisely, the ones who remain eager after the real pros got sick of Apple’s capricious policies and gave up) specialize in pretty, shallow, toy software. Great for an iPhone that fits in your pocket, but they’re not going to sell a 1.5-pound battery-powered cookbook with a high-gloss screen.

Today, Appaddvice has a list of third-party software that will be available at launch, scraped from Apple’s pre-release web site. And now I have to buy one, because their list includes some real killer apps. 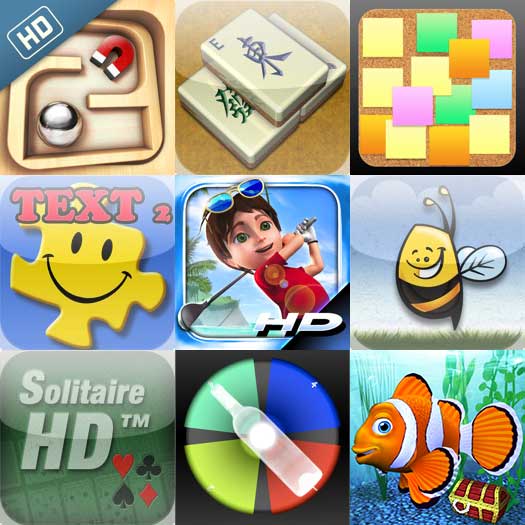 Labyrinth! Mahjonng! Sticky Notes! Smilies, with emoji! Golf! Sudoku! Solitaire HfuckingD! Spin The Bottle! And Fish! Gorgeous 3D fish swimming around in a fishtank that I carry everywhere I go, in my man-purse!

Yeah, April Fools. Didn’t find a damn thing on that list that would get me to cough up the cash for the big iPod. Instead, I’ll spend the money on upgrading my laptop —an actual computer— to 8GB of RAM.