I’ve been following Mari Yaguchi for some time, starting with her debut in Morning Musume, and I’ve been impressed at how well she’s diversified her career, enough that being kicked out of the band was only a minor setback to her plans for world domination. She’s well-established as an actress, writer, spokesmodel, tv host, and all-purpose talent, and she even still sings occasionally.

Yasutaka Tsutsui is a famous writer and actor, probably best-known in the US for his science fiction novella 時をかける少女 (“The girl who leapt through time”), the basis for the anime film of the same name. Pete and I have been trading notes on his work for a while, starting when he went looking for a short story he’d originally read in Russian. We eventually found the original Japanese version, and last week he sent me a copy, which I finished reading last night.

So what do I find this morning? 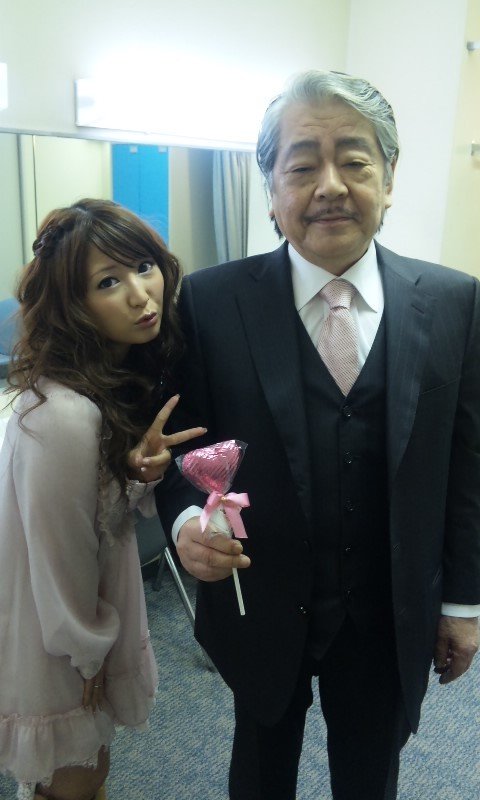 This is from backstage at the Tokyo TV series 「世界を変える１００人の日本人！」 (“Japan All-Stars!”, more literally “100 Japanese people who change the world”), which they’re both regulars on. On her blog (the source for this picture), she comments that he’s been recommending books for her to read, and it seems that’s part of the show as well, as seen on his page here. The short-story collection he’s recommending at the moment is early 20th Century literature from Naoya Shiga (not available on Aozora Bunko, despite being out of copyright).