The truth about Death Knights...

In the new World of Warcraft expansion, Death Knights are a playable class of formerly-dead, formerly-enslaved minions of the Big Bad. Even freed of their loyalty to the evil Lich King, they’re, um, not very nice people, specializing in pestilence, disease, corruption, raising the dead, and assorted other unsavory hobbies.

Naturally, this led 99.94% of the customers who created one to choose a grim, death-y, stupid name. I went a different route. In the previous expansion, the race of draenei were added to the game with “Hollywood Russian” accents, so I created a female draenei with a name that used the accent to project her cheery outlook on after-life: Vanakudl.

The armor available for the first ten levels made me wonder if I shouldn’t have named her HelloSailor, but eventually she acquired a grim, cold-blooded killer look that just wouldn’t do. So I followed Arthur’s advice and made her an herbalist, sending her around the world to gather flowers.

This morning, I was presented with a bit of commisioned fan-art: 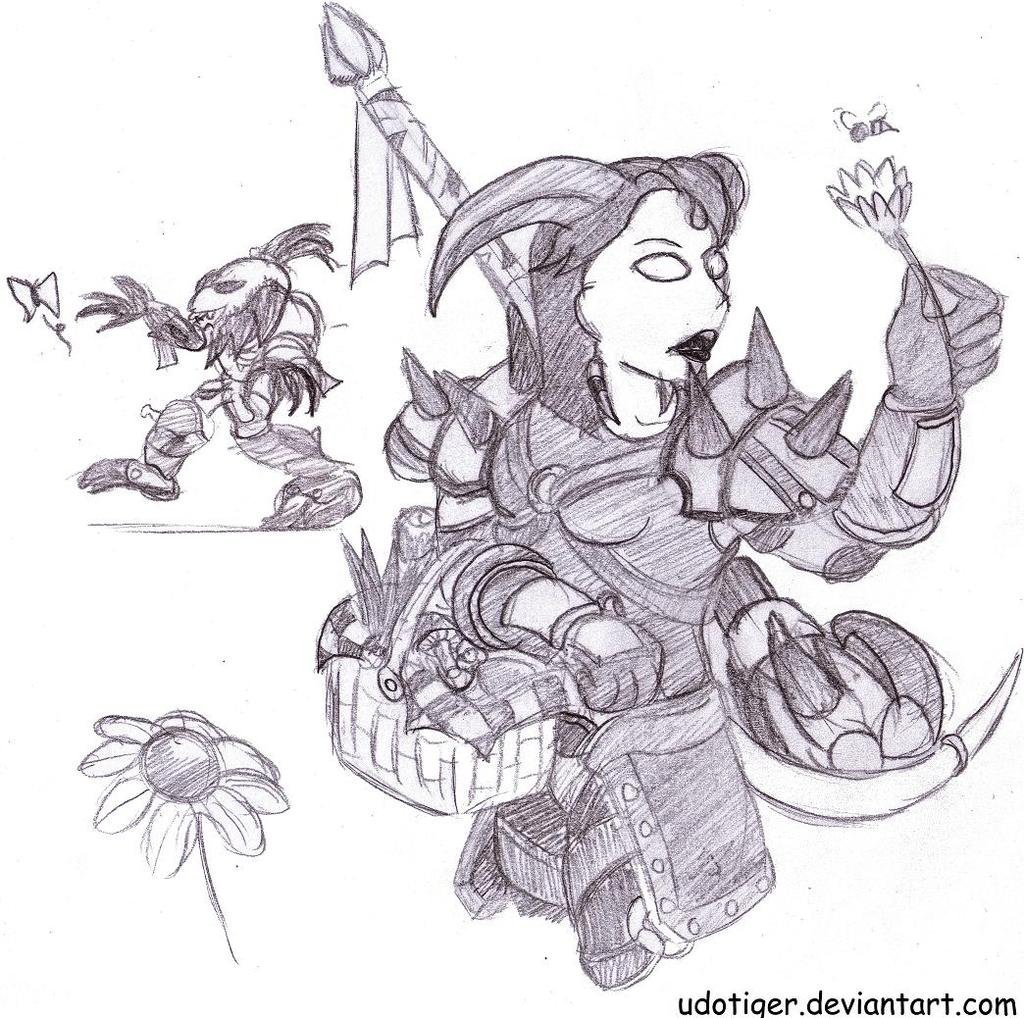