The patience of Japanese stories

Something that I’ve noticed repeatedly over the years is a tendency for Japanese entertainment products to require a great deal of patience on the part of the consumer.

Anime is often like this as well. It’s not unusual for a series to spend most of a season meandering towards the plot, with a sudden burst of (usually rushed, over-compressed) activity towards the end. In many cases, there’s an obvious production or financial reason, but my point is that the target audience doesn’t seem to mind.

There are plenty of others I could bring up (I’m amazed The Prince hasn’t gagged his father with a katamari), but the specific example that brought this to mind was the novel I’m reading, 魔女館へようこそ, “Welcome To The Witch’s Mansion”. 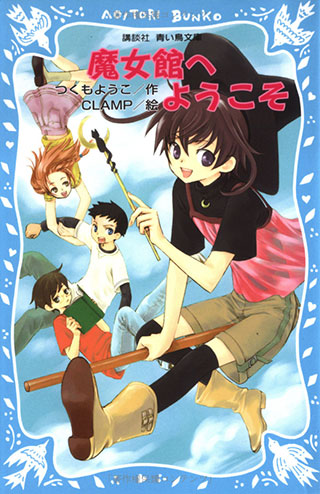 In case it’s not obvious from the cover picture, this is a children’s book from Aoi Tori Bunko, targeted at a young audience. Specifically, third-graders. I’m capable of working my way through significantly more advanced material, but it’s slow going, despite my speed at looking up unfamiliar kanji words with Kanji Sonomama on my DS Lite.

This book has limited kanji (which in some ways actually makes it harder to read), full furigana, relatively simple vocabulary, and pretty straightforward grammar, so once I got started, I was reading it at 40-50 pages per hour (often backtracking to previous scenes, admittedly). The print is no larger than usual for a book this size, though, so I have to stop when my eyes get tired of looking at the tiny furigana. I also stopped for a while because I was wondering if the story was going anywhere.

The premise is simple: ordinary 6th-graders meet real witches, and, as they say, Wackiness Ensues. But the witches don’t show up until you’re 20% of the way into the book. Halfway through, two of the four kids still haven’t seen any evidence that the witches exist, and the heroine is still occasionally able to convince herself that none of it is real.

It’s not boring, and if I could read it at the speed I read English, I’d hardly have noticed the delay, but right now, reading 150 pages of Japanese prose is a big deal for me, and it’s basically been the origin episode of a serial. The author has established the basic setting and major characters, and shown how they react to the idea of real magic. It just took a little while.

The payoff for the reader really comes in the three followup novels that are out. Not truly being part of the target audience, I don’t know if I’ll buy any of them. I think I’ll take a shot at one of their books for fifth-graders first: 名探偵ホームズ 「緋色の研究」. It’s also the first in a series, but 150 pages is 3/4 of that story, and I’m quite certain that by that point, the game is afoot.

[Note: Japanese light novels are not as dense as American mass-market paperbacks, so these are actually quite short books, which is one of the reasons they come out so quickly. It’s not unusual to see translated novels published in two parts, marked 上 and 下, to keep them to a reasonable thickness.]