Alton Brown’s “Kentucky colonel” southern-gentleman cosplay and accent during the mint julep segment were perhaps not the best choice for the current trigger-word-happy climate. Not much meat to this one, although I liked the clear ice cubes and the dedication to the late Deb Duchon. Pity he didn’t go into the “Mpemba effect”, which is more of a Good Eats-ish thing than just making some cocktails.

No doubt part of the reason he just referenced it and moved on is that it doesn’t seem to be a particularly well-defined or well-tested claim. The original claim seems to be that a container of hot water will start to freeze sooner than an equivalent container of cold water, which is often misinterpreted as “will freeze faster”. Test results have been ambiguous, with a lot of uncontrolled variables depending on how the tester decided exactly what to test (evaporation, convection, freezer temperature, humidity, volume, container shape, etc, etc).

Alton does give a practical reason to start with hot water: less dissolved oxygen makes the resulting cube clearer. 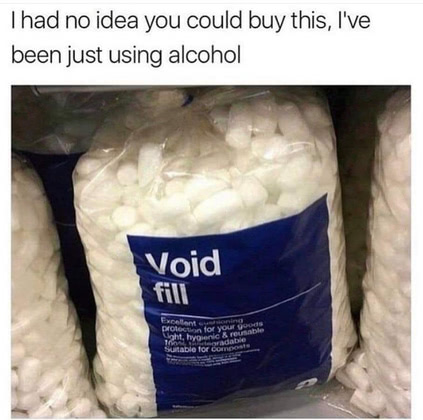 If even half of what I’ve heard about the recent Revelations (“chapter six”) in Doctor Who is true, no one can ever claim that she hasn’t been rewritten to be the specialist snowflake ever. Also, I have no desire to find out if it’s true; I didn’t make it through the first episode, and it sounds like the only possibly-interesting thing they did was briefly bring back Captain Jack.

More precisely, I made it 20 minutes into the first episode of the new season of Doctor Who before giving up in a combination of exasperation and boredom.

Ah, not a new season, just a “Who Years Day” special. It’s called “part 1”, but since I couldn’t finish it, I don’t know if it’s really a two-parter. And I don’t care enough to look it up.

Don’t ask me why the episode list on the Food Network web site is in a completely different order from how they’re actually airing. By air date, the most recent episodes are:

All entertaining to watch, none of them things I’ll ever make.

Three more to go (one double-length) before we’re back to reruns, although there’s the promise of more revised classic episodes.

Episodes 3 & 4 are much more of a return to the classic “crunchy” Good Eats sort of show than 1 & 2. I get the feeling that Alton’s been getting twitchy from not having a venue to ramble on about food geekery like xanthan gum and immersion circulators, which he’d have covered years ago if he’d had his own show.

Episode 5 is about a dish so trendy that I’ve never heard of it. Did I miss a meme somewhere, or is “shakshuka” just a food-show thing?

Episode 6 could have been titled “J’s childhood birthday cake”, something I haven’t made for myself in 20 years or so. Tempting…

Note that when introducing his “favorite quinoa recipe”, he apologizes for the half-stick of butter, 3 cups of half-and-half, and half-cup of mayo, but not for the 12oz of broccoli, which I find far more disturbing.

(file under peculiar that the ads DirecTV forces you to watch with Good Eats on their app are all aimed squarely at housewives; pity that I had to use the app to watch at my office, instead of on my DVR, where I never see any ads at all)

Now I’m free to catch up on Cop Craft! Hmmm, and there’s a new episode of Sounan Desu Ka?, but I’m guessing that the focus on Homare’s dad will not produce the quantity of fan-service that last episode did.

Things no one has ever said...

What’s worse than a rap break in a Barry Manilow song, gravel in your Grape Nuts, or the feces-filled streets of San Francisco? Adding Lobo to a dramatic series about Superman’s grandfather on Krypton.

The tonal shift is jarring, and the reasoning behind it turns out to be that SyFy is developing a Lobo series, and dropped him into Krypton with all the subtlety of Mork from Ork’s appearance in Happy Days.

Seems like a terrible thing to do to a series that’s starting to figure out what it wants to be when it grows up.

I’ve been reading Good Omens every year or so for quite a few years now, so I had my fingers crossed that the Amazon/BBC mini-series wouldn’t screw it up.

They did not, in fact, screw it up. Pity they didn’t manage to get the two Doctors into the same scene, but Morrissey’s role was quite small and not really connected to Tennant’s.

They did not undo the grisly fate of the telemarketers. I like to think that this reflects a positive change in society.